“Sometimes it takes more than three clicks of your heels to get home.”

During a recent phone conversation, my dad expressed to me, “You know, if you do want to research your birth history, I wouldn’t mind and I understand. And if your mother were still alive, it would be okay with her too.”

Receiving a parent’s support is an integral part of growing up and as I’ve learned, an invaluable gift as an adult. Last weekend’s phone conversation illustrated a good example.  While my dad’s support arrived gratis, such words comforted me as our Sunday evening Skype conversation ticked into the next hour. His comment – acting as a safety net to my curious and overactive mind – answered a question I’d been too afraid to ask after all these years, “How would you feel about me researching my birth history?” Such an impromptu conversation about my adoption alleviated the guilt I’d grown accustomed to cultivating when musing how a discussion about my birthplace would evolve. Since Korea has been home for the past 9 months, my consideration to research this history has grown.  As has my love for the country’s national dish – kimchi, my knowledge of Hangul, and even my tolerance for the cold weather this region of the country is well-known for. Yes, I would be hard-pressed to say it’s been anything less than a period of growth. 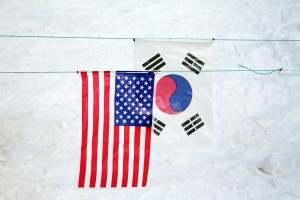 After 30 years of being away from Korea, I returned last summer. A year and a half of planning, preparation and execution coalesced into my return to a culture I’d been born into but knew little beyond what news headlines and friends reported. A Wednesday evening mid-August marked this return; the arrivals hall at the airport swarmed with a mix of Koreans and foreigners. I blended in, but with who? Was I Korean? American? Korean-American?

Choosing to teach English in Korea’s a decision I made soon after my mother’s passing in 2005. Growing up, I measured my dad’s level of support regarding my decisions against my mom’s happiness – if she was happy, he was; if she wasn’t, he wasn’t. I felt selfish and an indelible sense of guilt for wanting to discuss a visit to my birthplace. In the interest of not wanting to upset either, a conversation never ensued. The years after brought change and with them grew my desire to actively research a visit more permanent than a vacation. Aside from the plethora of reasons one chooses to teach here, mine rested on wanting to know Korean culture. Like two people who know the bulk of each other’s life through Facebook status updates, I wanted to see the side of Korea that doesn’t make it into guidebooks or onto the back of postcards, or more aptly put – as an update onto a social-networking site as useful as they truly are.  I wanted to create my own experience that would satiate my wonder and fulfill a desire to see what life is like in a culture I could’ve grown up in. To me, Korea was a foreign country; ethnically one may assume otherwise. You can never judge a book by its cover and my American accent and knowledge of Western culture foretell a more accurate story than what appears on the outside. While accent and language are social constructs, there are less discernible traits contributing to an individual’s overall personality. One’s identity and whether it is linked to a genetic predisposition fascinates me – as an adoptee, the question of “nature vs. nurture” is like an ajumma cogitating on whether kimchi or kkakdugi are the better type. As with many questions in life, I’ve realized there may be more than one right answer.

Prior to my departure I received many sentiments for safe travels and hope to “find what I’m looking for.” A year ago, if someone  asked the specifics behind what it was I hoped to find, a silence so piercing would follow this question that one would finally be able to hear that pin drop so notably referenced. A new location coupled with ample free-time though have a way of creating an atmosphere  ripe for introspection.  Weeks into living in a small, rural town led me toward wondering if this visit was a homecoming.  Though New York was a home that brought a life I could never dismiss, I wanted “Korea” to be the answer; perhaps the answer to what I was looking for.  I realized I wanted to be transfixed by their culture  – to eat, sleep and breathe Korea as though I’d lived here most of my life, or at least desired to play the part well.  I sought answers in my dreams, while riding the subway, passing students to work and during transcontinental conversations – an everyday invasion of a modern Rorschach inkblot test.  I wanted to personify that cartoon character you see searching for an answer – a way into a locked up abandoned house or the means to create a fire without matches – a few attempts, some heavy sighs, and then *bam!*, just as they’re about to relent, a light bulb materializes above their head indicating the answer.

My “light bulb” did not appear so gracefully.  Nor in sync with the rest of my thoughts, plans and assumptions about what life in Korea would be like.  Though life is colorful, it is not a cartoon where humor ameliorates vexation.  I became discouraged when unable to communicate, distressed by others assumptions and the unfulfilled expectations I’d set for myself left me feeling unsettled.  During the past couple months, when I’d began to feel particularly dissatisfied, an occasion arose that helped my “light bulb” grow from dim to bright.  Amid all the negative there must be a measure of something positive and my weekly “English Club Meeting” encouraged the missing answer to emerge.

As background, this weekly “meeting” began when I first arrived and continues nine months later with unquestionable joy.  I admit, the first time an invitation to this gathering arrived I felt exhausted even before it began.  Attending any meeting after a full day’s work did not make it onto my list of fun things to do in Korea.  Anticipating an agenda, hand-outs and a reason to take notes – I soon realized I’d walked into the antithesis of any meeting as defined by dictionary standards.  Home-made Korean food and snacks lined a lacquer table and families with students eager to visit, eat and communicate joined at my side.  The meeting’s topic?  It was open so long as discussion occurred in English. 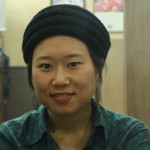 Sue Rissberger is from upstate NY. Issues that really get her jumping up and down include Brooklyn, Burma, human rights, anthropology and photography. She can be seen blogging at anadoptedangle.com and running around Hwacheon.

Though her one year contract in Korea is coming to an end, she’s anxious to start a career in writing and photography while swimming in Americano’s and the great adventure of life!