This is part 2 in a 3-part series that explores the life of a travel writer as he earns his keep exploring the southern city of Gwangju (yes, the spelling changed).  Read Part 1 here.

I could not write about the two things of real interest at Kwangju’s National Museum. The first was the location itself. The building and landscaping around it were well done. A long promenade lined with landscaped trees and blooming flowers leads up granite steps to the huge sloped-roofed museum. Stylish tinted windows and mighty wooden crossbeams added a simplistic yet modern touch, but no one goes to a museum to look at its exterior. It’s what’s on the inside that counts: a parable that applies to museums as well. 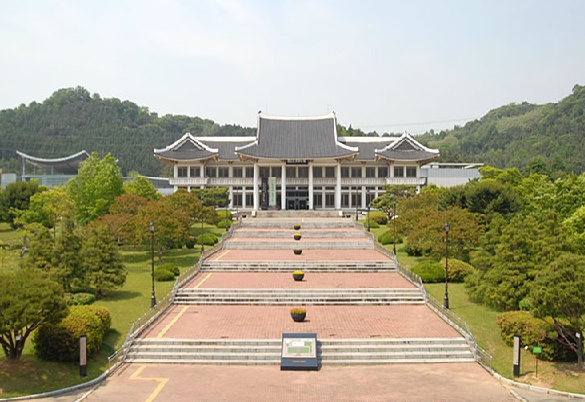 The second thing of interest was a wonderful exhibit on Hanbok, Korean traditional clothes. This was one of the best displays I’d ever seen on the subject. It showed the history and subtle changes of Korean traditional dress. The modern flowing robes were exquisite samples made from silk that had been deeply dyed and embroidered with classic Korean designs like dancing cranes, ferocious dragons, mountain flowers clinging to mythical rock faces, and tigers whose silvery claws were their most prominent feature. The problem: the exhibition on the first floor of the museum changes monthly. This will be old news by the time it goes to press. The third floor of the museum was off-limits to visitors, meaning empty. Sadly, this impressive museum was only on two-thirds full. I was left with the permanent exhibit on the second floor that was erroneously named Special Exhibition Hall. I was left with Stone Age tools and old pots so that is what I wrote about.

Another place to experience Korean culture and history is the Gwangju National Museum. The Special Exhibition Hall showcases modern art by top Korean painters while the Buddhist artifacts room displays antiquated bronze work, statues and paintings. The second floor of this stylish museum is the Prehistory Exhibition. The exhibition begins with stone implements; hammers, axes, arrowheads and the like, some dating back to the Neolithic Age (4,500-3,000 BC). Continuing on a chronological journey through Korean civilization, stone tools become iron and early examples of Korean musical instruments are shown. Simple functional pottery develops into lacquered vases and then teapots, until ultimately the modern era is represented by the ornate painted porcelain highly valued today.

Even though my editor knew that I’d lived in Kwangju and was very familiar with the city, the destinations for the story were not picked by me. The editor who commissioned the story was in Hong Kong. He’s an American that, at that time, managed seven in-flight magazines as well as a few others for a major Hong Kong publisher. Paul is an ace, plain and simple. He walked me through the first travel story I wrote for him and would quickly answer any questions that I had. The problem was the Korean editor in Seoul who had to approve all the stories. I never met the Korean editor or corresponded with him, but he had a litany of taboo and unpublishable subjects, stories, and themes that would quickly lead to a rejected pitch. Remember this is an in-flight magazine. People reading the story—captions to photographs—probably don’t want to read

anything negative about the country they’re flying into. This concept I accept, but the Korean editor had an inferiority complex to boot.

After my first commissioned story, I was anxious to get more work. I e-mailed and chatted with Paul, the managing editor, about various story ideas and began to understand his conundrum. The e-mails went something like this—

“Hey Paul,
How about a story on the King’s meal? Great Korean food. It costs about 30 bucks, very reasonable for a meal with nearly 100 side dishes and great service. What do you think?”

“Sorry can’t use. No stories about food.”

“Just the way it is. Korean editor won’t publish a story only about food. You can talk about dishes in a story, but NO FOOD-THEMED stories.”

Koreans are very proud of their food and for good reason. With a limited amount of ingredients they’ve created a distinct cuisine that is very healthy and delicious after a taste for the curious flavors is acquired. It took me a while to figure out why the Korean editor wouldn’t publish a story on Korean food. Then it hit me: Dog. Koreans do eat dog. They also take a lot of heat about it from animal rights activist. No writer familiar with Korean culture would bring up dog in a story about Korean food, but just in case, the Korean editor rejected the theme as a whole. This is totally absurd when you think about how much mileage you can get out of food in a travel magazine. Next to language, food is probably a peoples’ greatest cultural trait. It’s like saying no stories on history. 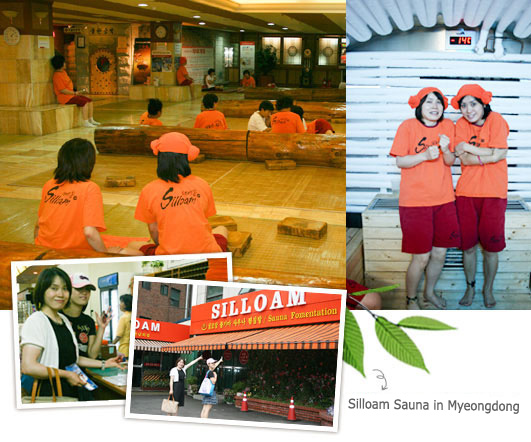 How about a story on the bathhouses in Korea? They’re great. Tile, steam, go in dirty, come out clean. Every Korean neighborhood has one. It’s part of their everyday culture.
What do you think?”

“Are you nuts?!? No bathhouses.

Prostitution is widespread in South Korea. Some figure the sex industry at over 4 percent of the GDP. I’ve heard that some bathhouses in seedy districts of cities offer other services, but the ones I’ve visited are segregated by sex and offer no services other than an abundance of water. In my naivete, I had forgotten that a bathhouse to Westerner can imply things of a licentious nature. Paul and the Korean editor had not.

I pitched Paul around 2o ideas that I thought were interesting only to have them shot down because he knew the Korean editor would not approve the stories. Reluctantly, I started pitching more banal ideas that I knew couldn’t harm anyone–“Amusement Parks in Seoul,” “Korean Chopsticks,” “The Korean Traditional Wedding”—stories that are terrifying to write because they are terrifically boring, but these were the narratives the Korean editor would approve. Our e-mail sessions immediately became more productive.

“Hey Paul,
Have you done anything on Tae Kwon Do lately? I can write the story geared toward fitness, not violence. ‘Everybody was Kung Fu fighting.’”

The Korean editor remained a nuisance. He approved a story on markets in Seoul, but was adamant that nothing was written about knock-off goods. No sense pissing off the people in business class: then came the “clubbing” story. I was to write up one of the rowdiest districts in Seoul, an area surrounded by six large universities, but couldn’t mention drinking. I could not write a single sentence about drunken behavior, drink lists, or specialty cocktails. A story on young, Korean, college kids having a big time, but no drinking. What should have been a fun, wild story to write quickly became a very difficult and boring piece concerning music trends, how people dressed, and interior design.

A similar thing was happening with the Kwangju story. I’d spent two years teaching in this city and still had friends here, but I’d never hear of Sajik Park, thus my confusion about its location. Children’s Park was just as mysterious. The Korean editor had picked these locations. After I found the park, I realized he’d never been here either.

I only filed three sentences on Children’s Park because it was an algae-filled pond, a swing set, and a slide—not even a spiral one, just an eight-foot straight down pathetic one. The city council members should have been ashamed. If any visiting parents actually read my story, ended up in Kwangju, and took their kids, I apologize. I was the only person at the park: everyone seemed to know this place sucked. A navel-high fence separated the park from an archery range, exemplifying why Korea has the highest incidence of childhood accidents in the developed world.

I walked into the archery range and towards a veranda through a broken section of fence. Four, crusty older men took turns launching arrows down range and glaring at me. I bought a soda at a vending machine and decided to relax for a while. The sun was setting and the final locations were all downtown. The following 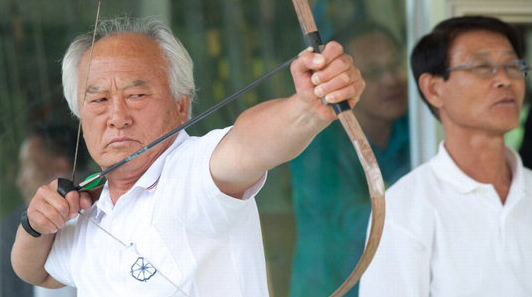 day’s writing and note-taking should be easier than today. Let these xenophobic men stare. After being assigned Children’s Park, let them use me for a target. That job had already been taken though. Near the targets, an adolescent boy raised an orange pendant whenever someone hit the target. There are bad jobs and bad writing assignments, but every time I saw an arrow launched, half expecting the flagger to drop dead, I felt grateful. I’d check out Art Street while the light was still good, get a shower, and spend another evening reminiscing with good friends. My soda was delicious and sweet, so cold it made my throat constrict slightly. The flag boy indicated another bull’s eye as I muffled a belch. One of the archers had an uncharacteristic paunch. He wore blue pants and a white shirt. Homer Simpson came to mind. I wrote up Children’s Park in about two minutes.

Children or a significant other who identifies with Homer Simpson might not find several hours looking at old vases very entertaining, but the ingenious Koreans have found a solution in Children’s Park. This park is only 500 yards from the Gwangju National Museum. Kids can vent some energy on the playground or watch dragonflies and turtles in a lily pond, while Homer gives hanguk gok gun, Korean traditional archery, a shot.