A Misguided Class System on the Roads of Korea 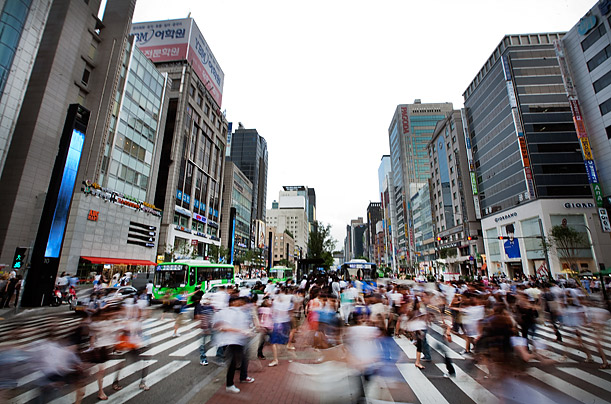 Walking the streets of Seoul, most people have had the experience of someone stepping in their path or stopping abruptly in front of them to fuck around with their iPod, or just plain walking straight into you for no reason other than the fact that the idiot in question isn’t looking where they’re off to.

Ever driven in Seoul? Not Korea. Seoul. Specifically, Gangnam.

For those outside of Seoul or Korea itself, Gangnam is the ritzy part of Seoul literally south (nam in Korean) of the Han river (gang). It is where the majority of the rich reside in the city and it is usually referred to in statistics relating to wealth and the affluent in Seoul. It is a good place to get a feeling for the superficial class system that exists on the roads of Korea.

I have driven in Seoul for the last two years. I used to drive a knackered-up piece of shit I bought upon arrival. It was a Korean car. One of the old ones, before the folks at Samsung decided to try and make their cars look consciously European. It had been through two crashes and was thirdhand. The body work and panelling however, were undented or scratched and it had ridiculously low mileage on the clock.The engine was terrible and it was ugly as all hell. I paid $3500 for it. It was also a shiny black.

I lived in Gangnam. People would, much like when you go for a walk, pull out in front of me, go out of their way to cut me off just to get that meter or so closer to the bumper of the car ahead, and generally act like total assholes. I was driven clean in to, on three separate occasions–Twice, I was stationary when this happened. Seriously. On four separate occasions I had it run into when it was parked, twice outside my own apartment and on all occasions it was in a damn bay no less.

I liked this little car. Sure it was a dump but it was the first car I’d bought from a stranger (opposed to my mom) and I felt grown-up.

It became a nightmare and a cash-drainer in repairs alone–solely from damage done by people who seemed to actually be targeting in on the poor, knackered Korean car.

Bear with me, there is a point to this…

Shortly before the end of 2011, I randomly befriended a secondhand car dealer. I gave him my battered piece of crap, then valued at about $2000, and an additional $3000. He gave me a twelve-year-old, rusted, dented, funny-noise making BMW. With dodgy electrics.

Now I’m no mechanic but I can handle some low-end issues in a car. And change a tire. So I got busy with some duck-tape and a screwdriver, cleaning it up a bit. I changed tires, replaced fuses and wiring and gave it some fresh oil and a good solid once over. Sure enough, it’s an old German machine so hey, the engine works excellently as long as it gets the love and care it needs.

So it’s foreign–how very exciting. But it’s also a battered, as stated, scratched and dented machine over a decade old with no stereo, bits hanging off it and it’s in quite an unfortunate color (the opposite of my first buy).

If I saw it back home, I’d think, Christ, solid make, shitty car.

Nevertheless, since starting to drive this thing, people give me a meter-wide birth in all directions, wait at junctions for me to move off first and no longer drive into the side of me when I’m parked. They also crash into each other instead of hitting me, despite there being a three-car-lengths space free for them to break. I’ve actually seen this.

Why? Is it because of the ‘European Prestige’ (as used as the new marketing strapline of a certain Korean brand) of European cars? Is it because it’s the most amazingly expensive impressive car passing them by (erm, no) or is it because people are complete fuckwits and they would rather crash into each other than drive within a foot of something that they think, weirdly, equals power and money? 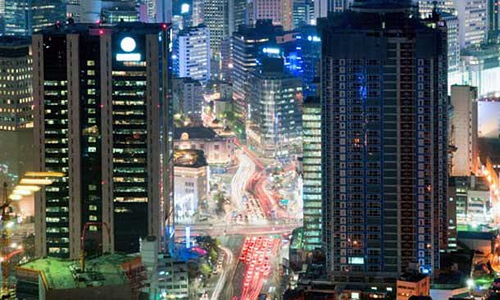 The same car in the same condition can be purchased for $2500 back home. You can knock $700 off that if you’re in Germany.

It is completely nonsensical. Why people can not just drive normally I don’t know, but that’s not the issue. The issue appears to be that much like everyone in Seoul walking around this season with that ugly as hell brown and gold Louis Vuitton bag–the cheapest and by far nastiest of the Vuitton line available at the moment–brand is king. An ugly bag with a brand name does not suddenly render you the height of fashion. A knackered German car with a recognisable badge doesn’t suddenly make you a power-base best avoided (the car does however get from A-B without breaking down, unlike my previous car).

I’d like to take this moment to point out that if three of these suicidal lunatics got together and traded in their bottom-line Vuitton bags and one ten-year-old, broken Korean car that doesn’t start, they too could buy a reliable German car.