Riverweed on the Canal-A Bangkok dream

I dream often in the Thong Poon Hotel.  It is always the same dream. My father, his frantic face and shrunken body enclosed in a transparent egg, rolls and twists on a riverbank. His maddened blue/gray ey 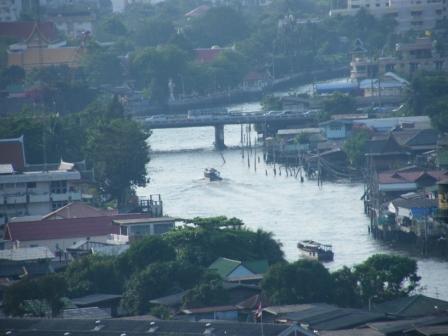 es shriek out to me. He is trying to warn me of something — but he can’t say what it is — and I am floating comfortably on the river, disconnected — while the egg twists and rolls and my father’s face grows more and more frantic.

What is he trying to say to me? Why does he come to me here in the breeze of my electric fan as I sleep naked in the tropical heat in this erratically pulsating hotel on the banks of the Bangkoknoi canal where great chunks of floating green bushes float up and downstream, before drifting into Bangkok’s mighty Chao Phraya River.

My father was a wanderer, restless, driven, always grasping at tiny straws of peace that kept him going. When I look up from the typewriter to the mirror, I see his blue/gray eyes, still young and intense, powerful, staring at me from a 63-year-old face with skin hanging loose from my neck and a forehead that now stretches to the middle of my skull.My temples are still suffering from an attack of rosacea or acne that erupted in my last months in Korea. What remains now are scars and redness.

I am here by accident. Officially I’m here studying for a degree in Buddhism, but really I’m recovering from three years of a frantic life Seoul — too much happiness and sadness, 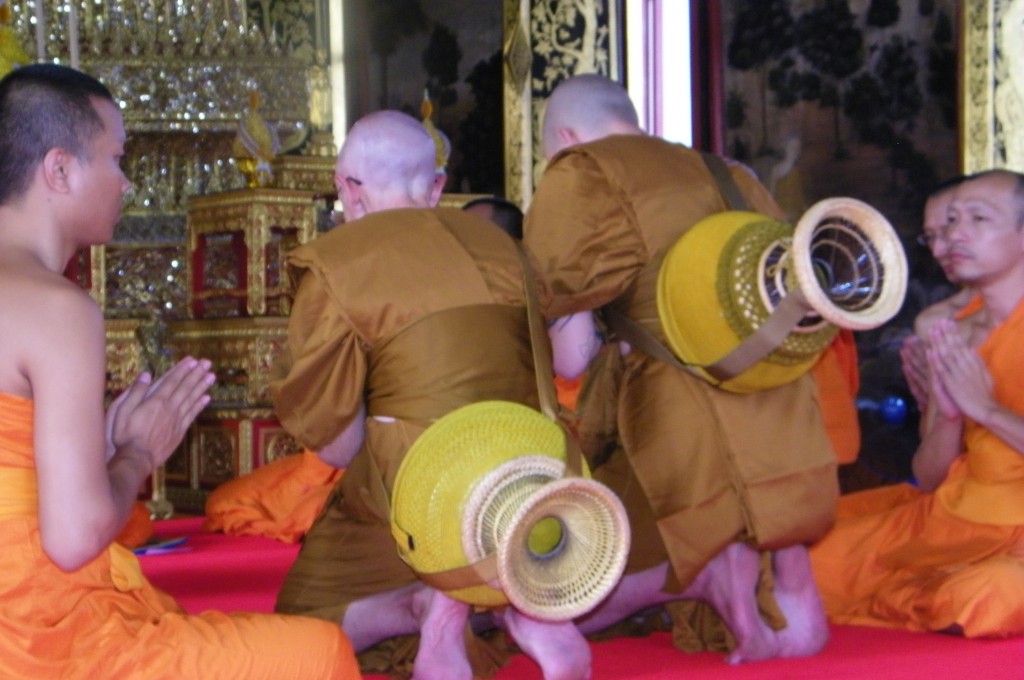 too much work and too little sleep, and a lot of pain from falling in love with the wrong woman. I had planned to study at a university in Myanmar, but the military government wouldn’t let me in because I’m a journalist so I ended up here on the banks of this canal.

The canal is peaceful in the evenings and I often sit in the hotel’s open-air restaurant on the river bank. I’m usually the only one there and I like that. I can’t speak Thai so I can’t speak to the staff but that doesn’t bother me. I haven’t tried to learn Thai because I’m studying Pali, a dead language similar to the one the Buddha spoke and the language in which his words are recorded. I don’t want to attempt too much.

So I sit there alone in the dark next to the brown/gray shimmering canal listening for the thruup of a fish’s tail in the water. The water gives off a subtle smell of wet weeds and cool living fish skin. Occasionally, from further up the canal, the compelling, honey-like scent of an orchid searching for an insect floats by.

The high-heeled shoes of the waitresses in their slinky, black, full-length gowns with a slit up the side, click on the plank floor. They smile at me a lot.
Their attire contrasts with the generally run-down appearance of the squat brown hotel surrounded by scrubby unkempt municipal land. Three guards in dark blue uniforms loll around in the languid heat at the gate to the entrance of the hotel, eyes half closed, barely awake.

Now I’m in my room waiting for Nok, the girl who works in the snack shop, to arrive. I didn’t really mean to ask her to come to my room. I was just being friendly because I’m going to be here for six months at least and I will be seeing the hotel staff every day.

I said I would help her with her English. Then she said she would come to my room after she finishes work. When she said that her eyes softened and she smiled. Does she want to sleep with me? I don’t know. She has large, dark Asian eyes with thick pink lips and dark hair sweeping over her forehead.
I bought four cans of beer, two of a brand called Season 3 with the picture of a sexy girl in a red dress on the cans and two Singha beer. Singha is a Thai word that comes from the Pali siha, lion. I have laid out some snacks — peanuts a sweet roll cake and a chocolate cake.

I’m doing my homework while waiting for her. I have to make a presentation on the life of the Buddha. I chose that topic because I need to understand the essentials. My classmates, almost all Buddhist monks, know them already.
I’m trying to focus but Nok’s face keeps interrupting 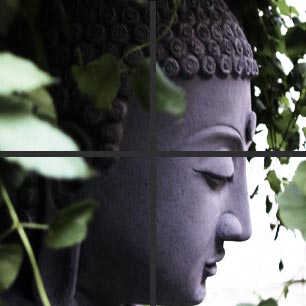 . She smells of chocolate and raspberry syrup. Her thick lips taste of strawberry pop and her hair smells of sunlight and blue, perfumed soap.

The truth is a man is what he believes as well as what he thinks and eats. What do I believe? Nok is young enough to be my daughter and I’m not looking for a long-term relationship.

After the Buddha achieved enlightenment he is reputed to have said,

“Vainly I sought the builder of my house
Through countless lives I could not find him
How hard it is to tread life after life!
But now I see you oh builder!
And never again shall I build my house.
I have snapped the rafters,
Split the ridgepole
And beaten out desire.
Now my mind is free.”

Who is the builder of his house? Who is he talking about?

I met Adrian on my second day here. A friendly Australian who was born in Scotland – red face, shiny blue eyes — I rarely see him without a can of beer in his hand. He is kind, and drunk or sober, tends to his five-year-old son Johnny like a mother hen.

Last night he told me the story about a former resident of the hotel — a virtual hermit, he said — who collapsed after a taxi ride and is now in hospital in a permanent vegetative state. The matter-of-fact way Adrian told the story unsettled me. Adrian says the Thong Poon Hotel is a state of mind.

The homework tires me out and I fall asleep. I dream the same dream, the dream of my father. How I long, one day, to be able to call out to him from the river and say, “It’s OK dad. I understand. I know what you want to say.” 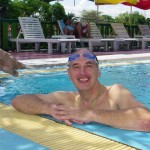 Tony MacGregor describes his life in Asia as like “wandering without a map.” He spent three happy years in Seoul, mostly editing at the Korea Times and Yonhap before leaving to study Buddhism at Mahachula University in Bangkok. He has spent much of his working life in journalism (columnist, newspaper and magazine editor and reporter, radio reporter, TV host). He retired from a public relations job in Canada about five years ago and began his wandering ways, which he hopes to continue for many years to come.