So You Wanna Start a Hagwon: Part II

In part one; I talked about some of the preliminary steps involved in getting your own (small) hagwon, or language academy, started. This week, I’ll recount the first few months of business.

As I mentioned in last week’s piece, the location I moved into for my academy had also previously been an English institute. I believe it had been closed for one or two months, though. I had very little hope that I would be getting any students from the other place. Further, there were two other academies in the same building as me. Since I was relatively new to the whole business side of things, I was a little unsure exactly what kinds of advertising strategies would work the best. I had seen bills posted on light poles; I had heard about (and seen) advertising fliers posted on apartment doors; I knew that some (bigger) hagwons advertised on buses. I needed to figure out, and fast, what some of the most cost effective methods were. I had always heard that word-of-mouth was the holy grail of advertising, since it was free.

Part of my lease in the building included two lighted signboards, a huge area of windows on one corner of the building which were covered with silk-s 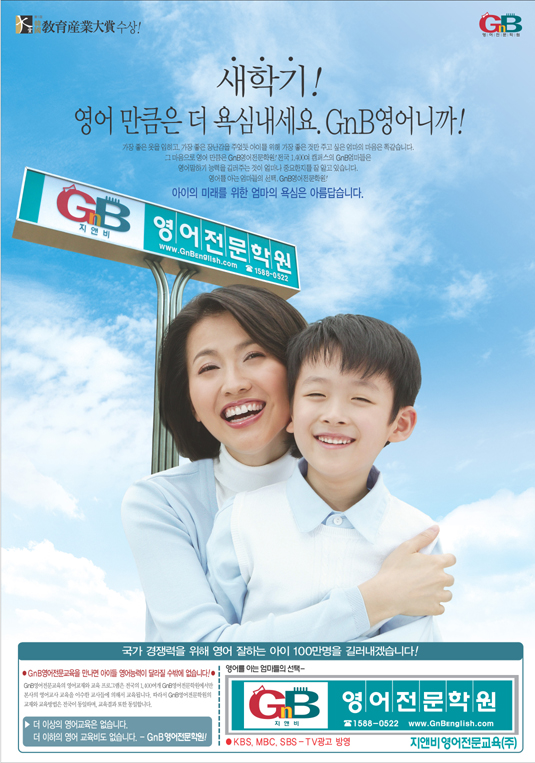 creened stickers making up a big banner. Inside there were places for more signs — on the walls, on the risers of the stairs, and one hanging from the ceiling near the door way. I arranged to have all these signs replaced with my versions. The total cost of all the signs was about $1600 (including installation). The guy who did the signs also printed advertising fliers. He could do a batch of 4000 fliers for about $70. That seemed like a good deal, so I ordered 8000, based on a design I worked up.

With these fliers, I began canvassing the neighborhoods with my sister-in-law. We would hand them out to moms waiting outside the gates of the nearby schools. There were usually two or three people from other hagwons hanging around as well. Fortunately, the fact that I don’t look Korean worked in my favor. The moms who passed by the other advertisers were interested enough to take one of my fliers. Unfortunately, it’s not quite kosher in Korea to ask people who come to your academy “how did you hear about us?” So if I didn’t happen to recognize a mom from meeting her in this way, it wasn’t possible to know how effective the fliers were. Of course, some of them would mention that they had seen me, come across my flier, heard from someone, etc.

Concurrently with handing out fliers personally, I hired ladies to tape them up in the apartment buildings near our school. We would meet down in the local real-estate agency where there is a big neighborhood map and plot out the buildings we wanted to target. This method of advertising is illegal, of course, and the women always run the risk of getting run out by the apartment guards. Their methods include shadowing security doorways, waiting for people to come home and ducking in behind them. Because of the negative feelings about this kind of advertising, I never do it anymore. I do know that one or two students’ moms got my number from this kind of flier, 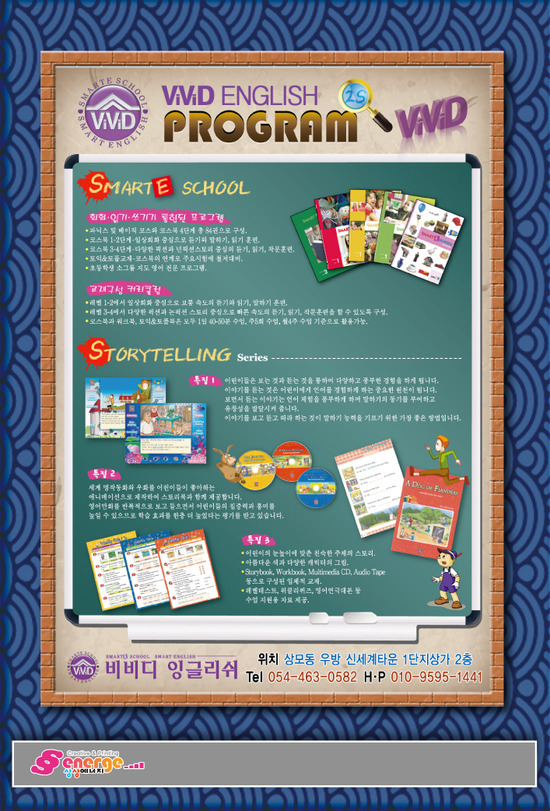 but ultimately I think it’s not worth it. After all, I always tear those fliers off my door and throw them away without looking, so why assume that anybody does differently. Even though it is cheap — about $40 per 1000 fliers taped up — it’s sketchy in the long run.

The octopus flyer, with the little phone number tags at the bottom cut to be easy to rip off, is another common sight in my neighborhood.  I have used these before — posting them in the neighborhoods on light poles and at bus stops.  An interesting phenomenon with these is that people will tear off the tabs but never call.  Now you are probably thinking “sure…they tore them off to be a vandal.”  I thought that too, but invariably we’re talking one or two tabs torn off (not all of them).  If someone were vandalizing my fliers, surely they would tear the whole thing down?  Or tear off all the tabs?  I didn’t get it, but I did receive a grand total of two calls using these fliers.  Two calls out of about 500 tabs; that’s not really that bad I suppose.  The best luck I’ve had with those is “officially” posting them in the entrances of apartment buildings.  You pay about $30 to be able to put your flyers in every building and they will stay there for one week.

Despite my various types of advertising, I didn’t get many students in the first few months.  For the first six months, I usually averaged about four students (total) and I believe I peaked at about nine.  The dreams I had of word-of-mouth advertising were dashed when I realized that it is not in the moms’ best interest to tell their friends about a good school.  This is a very dangerous game.  I knew I was getting really good results with the students, and the moms knew it too.  They were extremely satisfied.  So satisfied that they didn’t want to blow the great deal they were getting for private lessons. As most of you know, the going rate for an hour of English lessons with a typical native English speaking tutor runs from $35-$70 per hour (or more).  These students were getting nearly the same kind of deal, but paying only a small fraction of that.  Smart moms will ride that edge…between free private lessons and bankrupting an institution.  I gave up any idea of getting word-of-mouth advertising. 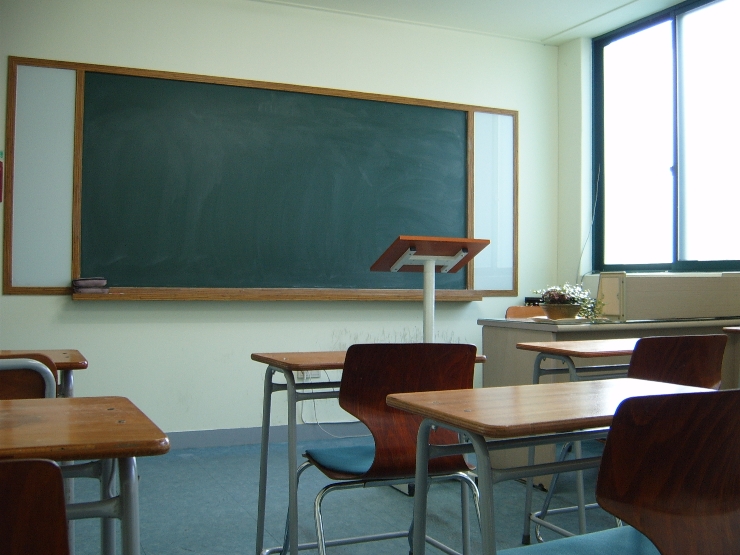 Eventually, persistence will pay off.  I have been in business now one year.  I still don’t have a flood of students, but I do have enough that I can comfortably keep going.  I’m in a pretty tight situation in that I can’t legally hire an additional teacher — and without one it’s very difficult for me to grow any further.  My school doesn’t have a bus, because for that to be legal you have to have a driver and someone to ride along with the kids, keeping order.  I’m just not big enough to be able to afford that kind of extra staff.  Six months did seem to be a kind of watershed moment.  I imagined each mom in the neighborhood saying to herself, “Well it’s been there that long, it must be worth a damn.” And they started showing up.  One thing I have enjoyed is I haven’t had a lot of turnover.  I have students who have continued to study with me since day one of business, and I’m very proud of their progress.  I’ve had some students come and go and come back again.  I look at those kinds of things and say, “I must be doing a good job.”  Now all I really need to do is put all the pieces together in just the right way and I’ll be livin’ the dream.

*Note: I have limited myself to elementary students.  I have a very solid curriculum I use from the States which has been proven in research to be one of the very best programs for teaching reading and language to young students.  I have students ranging from first through sixth grades, pretty evenly distributed in English ability.  I have two classes of beginner students where I focus on phonics and beginning reading and speaking in simple sentences; two classes of intermediate students (typically middle grade students who have studied English for 2 or more years); and two classes of relatively advanced students.  These are upper elementary kids who have studied in academies before and with private tutors.  The very best sixth grade students study a kind of TOEIC prep course which is excellent for vocabulary development as well as being quite interesting to read.

Lee Scott is from Oklahoma and has taught in China and Korea. He’s a film buff (he knows the Dude abides), a lover of good ol’ rock ‘n roll classics like Bob Dylan’s “The Man in Me” and a cyclist of Seoul’s streets.