In the early morning of Saturday, March 13 at approximately 3 a.m. an ambulance was summoned to an HBC bar in central Seoul(name withheld by request) as a Korean women with the family name Kim of Nowon Gu, Seoul was celebrating her 25th birthday. After proceeding to drink 20 ounces of Captain Morgan 151 proof rum she let the captain steer the ship and her body went into shock. She fainted to the floor, began to produce spittle and convulse. 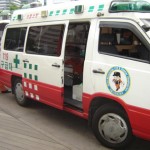 Local restaurateur and 151 administrator Sammy Kim (no relation to the near deceased and not to be confused with his less coiffured brother Billy Kim) went into mild hysterics and called 119. The paramedics arrived lights ablaze within 3 minutes and placed Miss Kim on a bench with disregard for her miniskirt. The lead paramedic began to stabilize the victim with various body blows and karate chops to the neck area. Upon unsuccessful resuscitation the secondary paramedic began to tickle her back and inner thigh. 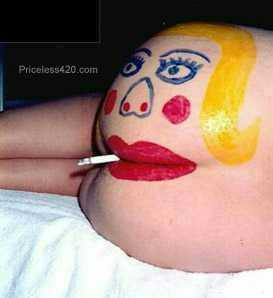 Uijeongbu, could be heard gasping in the background, “Is she wearing a diaper?” Miss Kim slowly responded to the odd sensations in her nether region and blurted, “I’ll give you 30 minutes to quit that.”  With the ensuing commotion public enemy # 1 Kenneth Ovechkin from the high prairies of Saskatchewan commandeered the vacant ambulance and drove straight for roughly 50 meters, stopped, put it in reverse and returned to the scene before it was considered a crime. Denizen Wisco Ben yelled down from his second story apartment, “Kenneth what the fuck are you doing?” Mr. Ovechkin replied, “I thought this might take me out of the country.”  TBC…

An Abundance of Nothing (Fiction Issue)