Greetings, fellow seekers of truth, beauty and public trash receptacles. It’s time again for the news. As we all know, last month’s tragic sinking of the Cheonan which claimed 46 lives has shocked the nation. I have nothing to report on this — partly because everybody has already formed an opinion, partly because only the people who were there know what actually happened, and they’re not talking, but mostly because the deceased men and their families deserve better than to serve as satirical fodder for an uninformed, wise-crackin’ waegukin such as myself. May they rest in peace. And so, on to less important things.

I’m sure you’re all aware that South Korea now has over one million foreign residents. This much-publicised milestone apparently means that we are living in a multicultural nation. Yes, the proportion of ethnic Koreans in this country has plummeted to unprecedented lows (presently at just under 98 percent) and how that suddenly makes this place multicultural; well, I’m not quite sure but I have certainly read quite a bit about it lately. Funnily enough, pretty much everything in the local presses manages somehow to inadvertently point out just how truly multicultural this country isn’t.

In a recent Global Post article entitled Animosity against English teachers in Seoul, the author states that, “Racism hasn’t been a huge issue for South Korea in the past. But…the presence of foreigners is growing – as is the multitude of cultural problems that come along with them”. This just warms my heart and I for one am proud to play my part by helping those around me to understand and embrace their newly found racism and xenophobia.

Of course, hitting that magical seven-figure mark is quite something (can’t you just taste the diversity? I sure can – everything feels so different to the old days when there were only 993,784 of us), and those wacky number-crunchers at the Korean dailies sure do 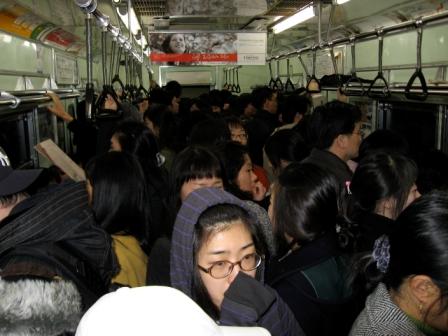 love their statistics, so this week I thought I would throw out a few stats too.

Of the one million foreigners here, two thirds are Chinese, followed by a shitload (that’s an official estimate – numbers don’t lie, people) of Vietnamese brides and other south-east Asian workers, plus of course the rest – the most visible minority, of English teachers, US military, entrepreneurial Nigerians, tall blonde Russian women etc. who therefore make up a combined 0.2 percent of this ultra-diverse country. E-2 holders, by the way, account for roughly 0.04 percent of the population.

Consider, if you will, an actual multicultural nation, such as the big one due south of here, with all those kangaroos and dingos and such: 0.7% of the Australian population describe themselves as Korean-Australian (or just Korean) whereas rather fewer, around 0.006%, of Korea’s residents are Australian (and I don’t think I’ve ever come across an Australian-Korean). That’s a pretty telling number, considering all anecdotal evidence suggests that Australians are beating on multicultural-Korea’s doors in tremendous numbers in a desperate bid to finally fulfil their collective national dream of experiencing all four seasons.

Do you ever feel like you’re being watched? Well it might not just be that creepy guy and his friends from the AES that have been tracking your movements. According to this, the number of telephone numbers and Internet IDs requested by, and given to the authorities (police, prosecution and the National Intelligence Service) rose slightly during the second half of 2009, by 6,600 percent (that’s right) from the year before. Yes, in just six months, according to the Korea Communications Commission, over 15 million phone numbers and Internet IDs were handed over. Apparently a lot more of us are committing Internet crimes and meeting with North Korean spies these days.

Here’s one for the shoppers. Last Monday the Seoul city government announced that 92 clothing and accessory stores in the city had been recently caught selling fake luxury goods. The Korea Times quoted a city official as saying, “Many of the vendors were not even aware that selling fake items is a crime. However, their illicit business could trigger international trade conflicts and taint the national competitiveness and image.” A tainted image? Heaven forbid! Luckily the city has sprung into action on this issue, so if you don’t feel like popping over to Beijing for a cheap knock-off, head to Dongdaemun, the Express Bus Terminal or Shinchon station. You’ll have to hurry though, because the city has granted the offending businesses only a one-year grace period to get their act together. After that, repeat offenders will be reported to police.

On the global domination front (this one’s a couple of months old but…),
some may remember Korea swelling with pride last August after exporting Hangeul (the most perfect, scientific and all-together really great written script ever devised) to a remote island tribe in Indonesia. It was truly a special moment when the lucky 60,000 members of the Cia-Cia tribe (who apparently “rose to instant fame here and abroad”, according to the Korea Times feature from earlier this year) formally accepted Hangeul as their official written language. The only problem is, they didn’t.

Nicholas Dammen, the Indonesian Ambassador to Korea, said to the Korea Times in January, “How can a foreign language all of a sudden jump into the middle of a small island…in the heart of Indonesia, and suddenly be recognized as an official one?” Mr Dammen also pointed out that the Cia Cia people already have an official language (called Indonesian) which uses the Roman script, and that if the government of Bau-Bau island was to legally introduce Hangeul as its official language, the Cia-Cia people would suddenly find themselves alone in a country of 240 million people.
The retired real estate agent who heads the private research institute that started this whole fiasco has previously also “failed to export Hangeul to other tribes in China, Mongolia, Nepal and Thailand”.

Shockingly, the Indonesian ambassador alluded to the notion that the export of Hangeul may lie in the interests of the Korean people, rather than the tribes. I wonder if the article found its way into the Hangeul edition.