Last weekend I found myself pre-drinking in a Hongdae hostel with my new friend Jason. I had met him the weekend before on a group tour of the Seodaemun Prison, and three hours later, we were sharing a second bottle of 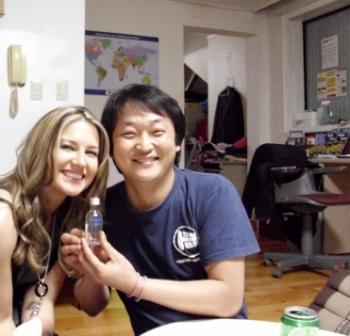 wine. Two hours after that, we were toasting to our newfound friendship with shots of tequila.

And so is Korea—an ever-changing circle of friends made over large amounts of alcohol. Or so is my experience.

Jason teaches two hours outside of Seoul and stays at various hostels around Hongdae on the weekends. This particular Saturday night, he was staying in a fairly dilapidated space, run by a man who calls himself “Super Sam.”

I had been there nearly two minutes before Sam offered me a shot of soju. Not long after, I had an invitation to sleep on his floor. “You sleep here tonight,” he said, patting the pillow next to him. “I am Super Sam with super engine.”

His guests burst into laughter. Then a German guy suggested we have another round of soju. “To Super Sam!” he said, still laughing.

I looked around the room—the German and his German friend, two Canadians, a French girl, and an ESL teacher from Japan.

“What are you guys all doing here?” I asked.

“Just visiting friends,” said one of the Germans, whose name I still can’t pronounce. “Here for a buddy’s wedding,” one of the Canadians said. “I’m just here to party,” said the girl from France.

“Has anyone gotten a chance to see any of the temples or the DMZ?” I asked.

“I’ve seen enough temples and historical shit in Japan to last me a lifetime,” said the English teacher. “You go to Japan and China to experience that side of Asia; you go to Seoul to cut loose.”

The rest of the travelers nodded, raising their shot glasses. “Kon Bae!” they shouted. “To Seoul!”

Were they right? I wondered as Jason and I stumbled from the hostel to Ho Bar. Was the city I chose to experience a new culture and to “find myself” just another binge drinker’s paradise?

I thought about this for quite awhile that night, assuring myself that Korea was much more than what the backpackers led me to believe. I pictured the palaces I’d visited, the temples I’d stayed in, the picturesque mountains I’d climbed.

Then the third tequila shot kicked in. Then the dancing. We even ran into Sam on our way to the third bar. “You remember, you sleep with me,” he said, swaying back and forth, wearing a drunken but charming grin.

We all laughed. And I no longer cared about whether or not I had chosen the perfect backdrop for my quarter-life-crisis. So what if this was a party town? I thought. I’m still young!

So the party continued. And it continued until sunrise. 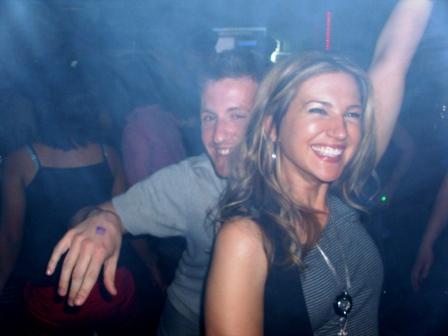 We left the last club looking like the cast of “The Night of the Living Dead.” Only instead of searching for human flesh, we joined what seemed like hundreds of others in the hunt for shawarmas and taxis. Jason staggered back to the hostel.

“Yeah, but how much fun did you have? And how good was that shawarma?”

“You’re right,” I said. “Plus, just one taste of that delicious chicken wrapped in warm pita makes it all worth it.”

A few hours later, I felt differently. I woke up with a sour stomach, a throbbing head, and a missing cell phone. I canceled my plans to do some sightseeing and spent the afternoon on my shower floor, letting the hot water beat down 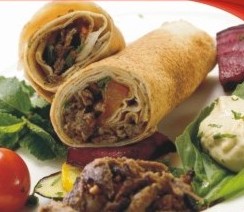 I thought back to my conversation at the hostel, and back to a promise I ‘d made to myself time and time again—to stop binge drinking.

But in a city where bars are more prevalent than temples, and alcoholism isn’t considered an illness, I guess my struggle to find inner peace will just have to wait until the next country.