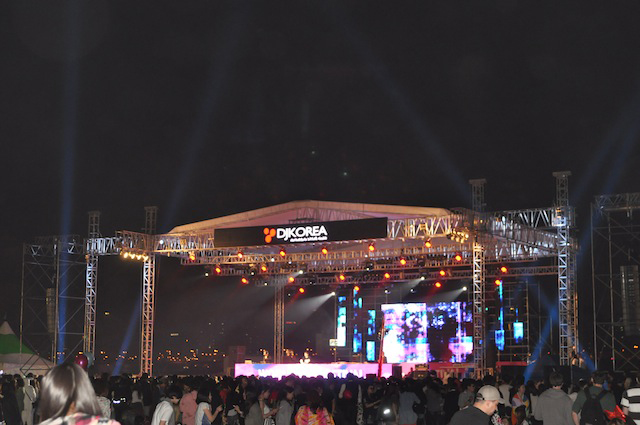 This past weekend the world DJ festival hit Seoul for it’s fourth birthday! I’d missed last year’s bash so I was even more excited to attend this time around. The event brings DJ and musical acts from around the world to perform. For 2010 included Freemasons, Dirty Disco Youth, Fantastic Plastic Machine, Shut Da Mouth, Planet Shiver, Soul Dive and dozens of others.

On the surface everything about the event seemed the same as I remembered. The festival once again took place at Nanji-jigu Han River park. Isolation may be necessary for the noise factor, but the grounds truly make it an impossible mission to reach. Shuttles at Olympic Park station did run, but I heard tales of folks missing the shuttle stops and trying  to walk to the grounds only to get lost. Maps, posters, signs and staff should have been in place to ensure everyone arrived.

My friends and I originally planned to arrive during the day since things kicked off at 2 P.M., but we didn’t show up until nightfall. A sea of people massing in front of a series of ticket booths greeted us. People didn’t so much queue as just bum rush to either find the proper reservation table, media 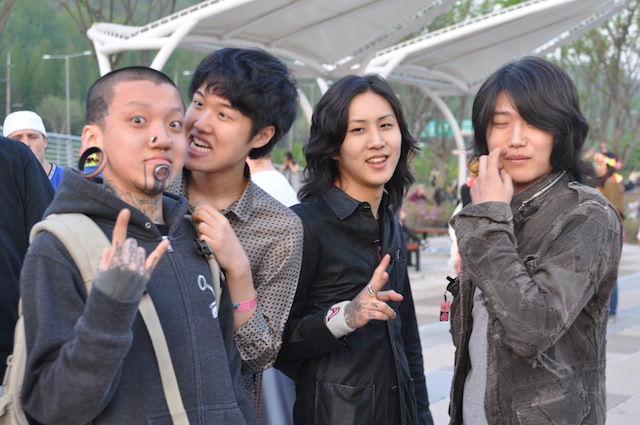 table, or buy tickets for 55,000 won  on the spot. Thankfully, 10 Magazine provided me with a couple free tickets which reduced our waiting time considerably.

Once we had tickets in hand our merriment hit a brick wall when we encountered what I like to call the Terrorist Zone. Everybody trying to enter the festival had to be patted down and searched by a trio of cute girls in pigtails. Immediately I thought they were looking for weapons and wondered just how dangerous DJ rivalries had become. Did the Fantastic Plastic Machine crew have beef with Shut Da Mouth? Were club kids inside bashing skulls with glow sticks and kicking kneecaps in rainbow color sneakers? As it turns out the shake down girls were looking for snack contraband not guns. So we said goodbye to my friends spearmint chewing gum. I can understand not wanting people to sneak in a bottle of vodka, but chewing gum. They were definitely going overkill with the “security.”

Finally, we’d made it to the festival grounds. The sound from the main stage was a tangible thing; angry and wild like an untamed cat. We thought it best to circumvent the madness and get our bearings. We kept to the edges, grabbing beer from the concession stand (reasonably priced at 3,000 won) and checking out the sponsor booths (Doc Marteen being the most fun and outrageous).

Judging from the look of things, tons of people had been all over the grounds since opening time. A sea of mats covered what was left of the grass all the way from the main stage back to the entrance. Revelers wore everything from outlandish animal costumes to bright red cutoff leisure suits. Even as early as 9 P.M. some lost souls succumbed to the booze, passing out or stumbling about in what could have passed for some new trance dance move.

Luckily there was more than one stage. We worked our way to the Black Zone where hip hop blasted the crowd. The DJ spun old school rap and hip hop much to my surprise and delight. He only dropped short snippets though. I would’ve preferred he lingered a bit longer on the classics, but he had his own agenda. Heads bobbed, arms waved, and it was a good time. We stayed for the Space Boys set at 10 and then said our goodbyes to the Black Zone.

We buzzed by Jager Stage only to make our way to the far side of the grounds. There we found a sizable crowd grooving on low-key 60s beats. It was a definite reggae flavored flower child vibe going on. Belly dancers swayed and shimmied across the grass to everyone’s cheers and applause. If only they had had a hookah things would’ve been perfect.

Aside from a few gripes, the organizers put on a good show. In the future I suggest they focus more on transportation, convenience and advertising. I also think a more reasonable ticket price would be a good idea. 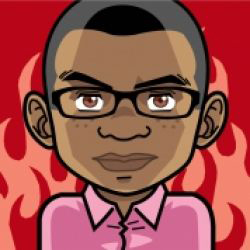 Brian Dye is a blogger, writer, and teacher. He’s been working in South Korea’s ESL field for the last three years. His one year contract has unexpectedly turned into a journey that I’m still on and loving.

He looks forward to seeing what’s around the corner. As an avid urban explorer, in his free time he can be found checking out some nook or cranny of Seoul.  His blog is kissmykimchi.com 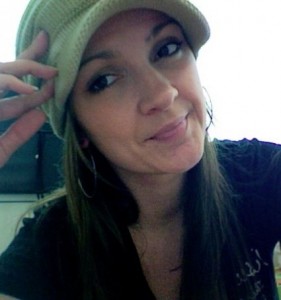 Jamie Karosa is an Event and Concert Photographer from Detroit. Leaving Detroit was difficult but she is happy to be constantly inspired by the sights and sounds of Seoul — making it easy to continue her passion for photography. As an ESL teacher for just five months, she can only imagine the adventures to come.