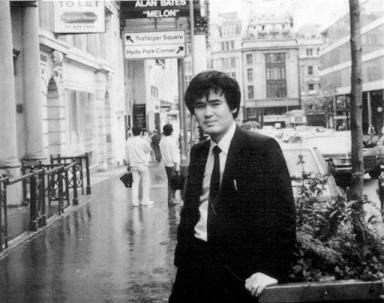 Last year, in honor of the twentieth anniversary of poet Gi Hyeong-do’s death (1960-1989), a collection of writings on Gi’s life, art and legacy was published by Munhakgwa jiseongsa, including essays by several who knew Gi personally: poets, friends, and colleagues. Not surprisingly, the words “gay” or “homosexual” make no appearance in the book’s 476 pages. Then again, one might say, neither do those words appear in any of Gi’s own writings. Does this absence justify the continuing taboo on discussions of Gi’s sexuality? Do attempts to recuperate a voice from pre-LGBT Korean history (pre-1990s) for a present-day LGBT politics make any sense?

LGBT historiography (“queer history”) has shown that even “old potatoes from last year’s field” have their uses. Walt Whitman, who shirked from the label “catamite” in a letter to John Addington Symonds but whose active same-sex desire is ascertainable from the facts of his life and opaquely through his works, is regularly featured in LGBT histories and reference books. Japanese novelist Mishima Yukio, married with children, similarly never once announced before his death in 1971 that he was “a gay man.” The same is true of practically all writers before the advent of liberation discourse production. That the sexualities of pre-1970s same-sex desiring writers is a hot issue today owes to the mission of postmodern/queer historiography, which together with feminist historiography and postcolonialist historiography, has sought to tackle the “grand narratives” of history that have traditionally excluded the voices of those who are not male, not heterosexual or sexed/gendered masculine, and not white.

An important question for assessing a given historical figure’s recuperability for modern political agendas, is “Even though not stated directly, to what extent do there exist points of similarity/identification with contemporary LGBT experience? May such points be reasonably inferred from textual evidence? Is there any evidence, barring a full-out confession, that the rumored figure was conflicted by sexual desires? Again, barring a direct confession, are there important silences in the texts, silences that, perhaps, speak louder than explicit language ever could? Are there textual clues, signals, or codes which imply that the figure had a secretive sexuality?

Gi’s death on a spring Tuesday morning at a gay sex venue—the only major venue available to gays in Seoul in the 1980s before the later commercial proliferation of saunas, bars and discos—was a shock to the Korean literary world, and later to the public following the posthumous printing of “The Black Leaf in My Mouth” (1989). The sensationalistic nature and timing of Gi’s death (just before his first collection of poems were to be published), importantly, has served to enshrine Gi as a “poet of death” rather than a “poet for life,” death always being a centerpoint in discussions of his work, at the expense of other (political) themes like social critique, secrecy, fear of aging, fear of mother, passive-aggression, and questions of gender.

Of course, it is absurd to imagine that Gi had already predicted his future death at the age of 29, or that he actually harbored a death wish. Gi’s poetry readily can, and probably should, also be read as the poetry of an intellectual actively and bravely articulating through poetic language, conflicts within and without him, who uniquely addressed issues relevant to the same-sex underground of his day, with clear reverberations in the present. For the richest testimony, we may turn to images from his life in the short video below and his verses, the poet’s locus of truth.

Jealousy, My Forte
After a very long stretch of time has passed
this powerless book cover will let its pages fall
Because my heart set up so many factories,
foolishly, there were too many things to record
Like a dog slowly roaming under clouds
I hesitated in mid-air, bloodied but unbowed.
With nothing to my name but my sighs
I blankly parked my youth on each evening street

But because I counted the days of my life with wonder
and because no one feared me
the content of my hope was only jealousy,
And so, to begin, I leave here a brief message
I spent my life wandering madly in search of love
but never once loved myself

It happened at a little cafe
one late winter evening
I wasn’t waiting for anyone to show
Slowly, a song by a black singer

sung begrudgingly as though forced
On the table, wilted flowers, fresh flowers, and above them a lamp
It was dark, and on the wall, red and blue masks wearing long stocking caps danced
It wasn’t because of the frame
No one knew it would happen
and no one bothered me about it
I was a university student
No clear reason so it was even scarier
As when sometimes through some unexpected opportunity,
we savor the sadness of having our whole adolescence

As when a needle skips on a record

A man opens the door and enters

takes off his hat, exposing hair

shoves all his belongings onto a wooden chair that rattles

then with two large greedy hands rather ridiculously

Did he ever, even once, try using those huge things to grab the neck of a real rival?

The man says nothing, instead of recklessly poking his gaze around, he exploits certain of his experiences at one spot

How many cruel visitors has that gaze stared at, in hopes of loosening the knots of a slew of incidents?

His shoulders that do not tolerate any bodily disorders,

and then again, his lips crazed with jealousy,

his ears, concealed by hair, that once dreamed of being boss

But who would dare be responsible for him?

The man still says nothing, as if just remembering

he extracts something from his thick coat

The man looks around as though determined to have a showdown

so as to shake off the stubborn protests of loneliness,

that expression wandering about his face

Shoving all he has onto the wooden chair that rattles

but hurriedly, he gives force to his own command

Where has he gone,

Partings that once used my flesh,

don’t come searching, all I ever wanted were things that fall flat

Now the sun is setting, and memories from the road 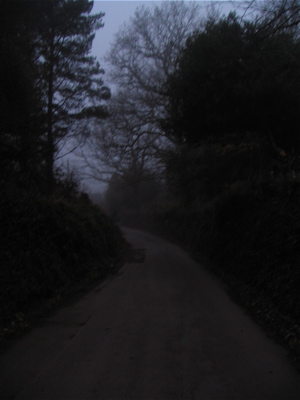 Only white round traces remain visible in the air
Waters flow silently and harden,

starving clouds come stampeding at me from somewhere,

the trees, too, in order to hide their barren insides,

have emptied themselves of their large, wide leaves,

Where am I going? I can’t even back track

This road I’ve taken too far

The clouds will soon disappear unless the road is opened

I see it even with my eyes closed

I grumble in the darkness

You hopes on this road, playing hell with my life.

Gabriel Sylvian is the founder and torch-bearer of the Korean Gay Literature Project at Seoul National University where he conducts a study group called R/Z회. He was at Yonsei University (85-6) at the age of 19—the same year Gi graduated—and has been familiar with the Jongro underground same-sex scene for more than 25 years.