HomePoliticsGreen Korea United: A Profile of Defending the Land 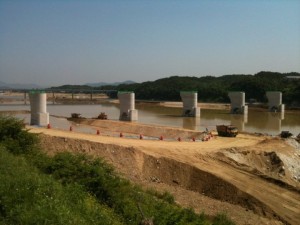 What does it mean to be part of Green Korea United? Well, while visiting the English homepage recently, the first article I came across demanded the reader think about how much toilet paper he or she uses in the mornings.

“Oh no!,” I thought to myself. “Is this a campaign for the end of toilet paper in Korea?”

Turns out, it’s just a call for the increased use of recycled paper.

Green Korea United, or Green Korea as it’s called for short, is one of the main environmental NGOs on the Korean peninsula. It began in 1991. Originally, there were three separate groups who then united to form the current Green Korea.

Apparently, the U.S. bases are not always up to the environmental code, so Green Korea polices these bases to make sure they are following environmental laws that prohibit them from dumping “base-waste” into the Han River.

Lee studied landscape architecture and horticulture as a student. At the time of graduation, jobs were scarce and many of her classmates were taking a gap year and going abroad for that extra international experience. She decided to go to Israel to live in a kibbutz.

“That experience gave me interest in community living,” said Lee. A kibbutz is a community work farm where native Israelis and international volunteers live and work together with a sort of “Utopic Vision.”  Sinae met all sorts of young cosmopolitan type people from Europe and Asia while doing the usual garden variety of jobs that are necessary to keep a large Kibbutz running.

Combining her kibbutz experience and her greenish undergraduate education, Lee became interested in community living and the idea of an eco-village. Focusing her energies on the idea that people can live amongst each other with a strong concern not to despoil the natural environment but to instead live lightly on the land and have this concern and appreciation of natural life. This shared life-style vision is something can forge real communities and bond people together. Knowing how far away South Korea is from any kind of realization of this she decided to let her passions and concerns direct her job search as she applied for an organizing job at Green Korea in 2004. Her main interest remains in eco-villages, and she has gotten practical and real about that since the beginning of that summer by joining the 4 Rivers Project Team.

This eco-action group has pressured current president Lee Myung-bak into abandoning his “Connect Korea” canal plan that would have created 1000’s of construction jobs by “straightening” Korea’s largest rivers and wreaking havoc on natural habitats along the way. The current “Four Rivers” project has the ostensible goal to clean-up and rehabilitate some of the major rivers in South Korea. However, many are still concerned that the project is more about throwing a financial lifeline to major construction companies, and that any “restoration” of the rivers in question will actually result in more harm to the environment and the destruction of many natural riverine sustained habitats. And even though plans to build a canal network from Seoul to Busan have been “abandoned,”  the Four Rivers project still threatens to, “Seriously alter several of Korea’s major rivers and wetlands through large scale dredging and widening and the construction of dams, groynes and other artificial structures,” according to one opposition group.

Along with these unnatural geological interruptions there is still a very real human catastrophe looming as all of the: let’s-keep-building-Korea rhetoric could easily turn into a real life nightmare that threatens drinking water when Korea is already facing increasing water scarcity.

“The project is too big. It destroys our four river systems in Korea, so (we) cannot ignore this issue. Everyone is focused on this issue,” said Lee. So right now, Green Korea is mainly concentrating on the 4 Rivers Project. The government is building more damns and levies in Korea supposedly to rehabilitate the rivers. Green Korea says the rivers should be left alone and that the construction of 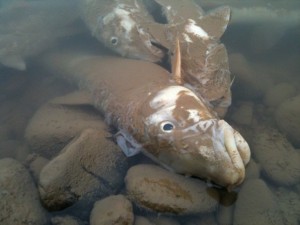 these dams is only destroying beautiful land and valuable wildlife.

Lee said that Green Korea tries to get citizens involved in the issues by doing research and educating them about the environmental effects of such constructions. The biggest portion of their work involves field research.

“We also hold rallies, and push government with our reports…,” said Lee. “For example, ‘we found this (with our research) what are you going to do about it?’”

Ma Yong-un, the head of the 4 Rivers Project for Green Korea, said that the best way to invoke change is with the involvement of people.

“There are two kinds of tools: Media, such as newspaper, TV and Internet and being outside on the street protesting to give the larger public an understanding of what is happening,” said Ma. Making the public understand involves working with politicians and religious leaders. “We appreciate working with them so we can educate all about the problems,” Ma added.

This way, when it comes time to elect new officials for government positions, the people might elect the politicians that hold environmental issues to some level of importance. Ma said that citizens can help by electing the candidates that stand for environmental issues. Of course, the government has their own environmental team, but the members of this team are appointed by the president and cannot always be trusted to speak environmental truth to a government that just wants economic growth.

So, when it came time for surveying land and the 4 Rivers Project, Sinae Lee feels that the government’s research team was willfully inadequate. “We went back and found a species of rare flower that the government had missed,” she said.