HomeReviewCaribou and the Concert Experience

Thinking back to one of the first concerts I ever attended (Heart w/ Mr. Mister 1988), I feel that in some minute way I compare all shows to this first.  I remember being amazed by the lights and smoke; by homemade Headbanger’s Ball tee shirts and the faint odor of Aquanet.  Bands used to throw out guitar picks to the audience, and catching one was like snagging a first baseline foul ball from Andy van Slyke.  I remember leaving the show high on stimuli overload.  This first show, though memorable, was a far cry from what most would consider “cool.” Nevertheless, the concert marked an era, and the beginning of a long personal love affair with everything “live.” 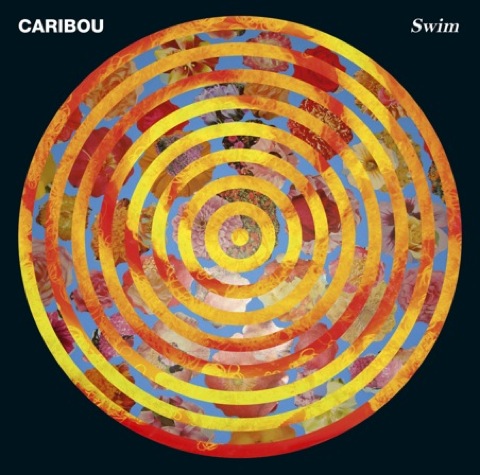 On July 9, Canadian indie-giant Caribou came to V-hall to grace Seoul with a moment of live bliss – sans Aquanet. It’s safe to say that Dan Snaith, the creative genius behind the band, is not afraid to experiment and has proven with every album release that it is ok to change.  The critically acclaimed release Andora boasted dreamy psych-pop harmonies reminiscent of the Beach Boys.  The album elicited quite a buzz among music fans and critics alike with its ability to build upon and, at times, transcend its influences.  Caribou’s recent release, Swim, is a vast departure from Andora in that it draws from styles more commonly associated with the London dance club circuit.  Despite the drastic stylistic leap, Caribou has managed to refresh yet another genre desperately in need of a “reimagining.” ….Just when you thought the tender teats of electro-pop had been milked and are capable of blowing nothing but mere dust, along comes Caribou.  Upon witnessing their recent performance, Dan Snaith and the boys of Caribou proved beyond any cerebral stretch that dancey-pop on stage can be much more than an aging hipster simply turning his hat backwards and pressing “play.”

Despite the relatively steep price of admission, ₩59,500 at the door, peninsula natives and foreigners alike packed V-Hall shoulder to shoulder to witness/participate in Caribou’s brand 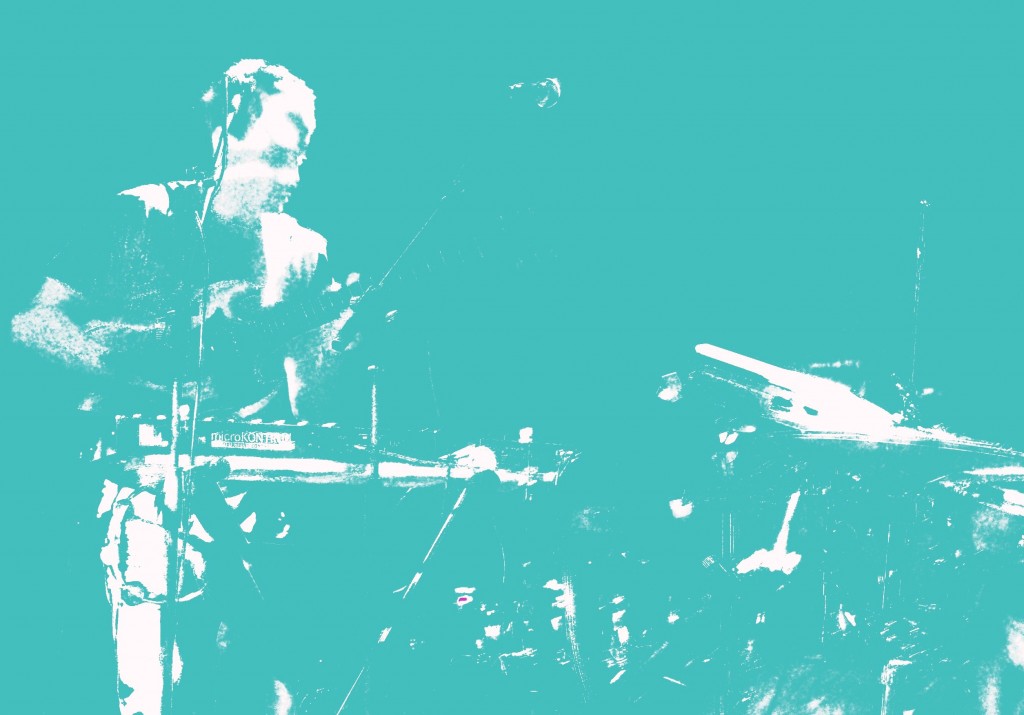 of psych-pop/dance-groove/wall-o-drum sonic display.  Cig smoke hung thick overhead as onlookers jockeyed for position.  As Caribou took the stage, each member eyed the crowd, almost suspiciously as if they had no idea what to expect.  From the first chord, the room at once realized that it was being graced by seasoned pros.  Having been to see countless ex-pat bands in Hongdae, I found it refreshing to be engaged by an act that boasted both talented musicians and originality.  Snaith took the reins, leading the band with a vocal styling that’s both delicate and resonant.  At times during the show, he put down his guitar and joined the drummer (as there were two drum kits on stage) creating a wall of battery unlike anything I’ve ever heard.  The set list was mostly comprised of tunes from Swim, which, dominated mostly by house/disco grooves, created a crowd frenzy of pelvic swishes and shimmies.  Though I’m not generally impressed by this specific style of music, Caribou’s integration of a nest of electronic gadgetry and traditional instrumentation yielded a hybrid experience that was pleasing even to the grittiest of music snobs. Overall, it’s exciting to see that Seoul is beginning to attract bands other than the occasional billboard’s top 40 act, and as I witnessed, the fans are more than ready to receive them.  As Caribou dismounted the stage, their once-apprehensive faces now exuded a childlike giddiness.  It was obvious that they had fun, and anyone who has played in a band or performed on stage in any form knows that feeling and its importance.

Upon leaving the venue, I felt like a fleshy version of a coffee stain on a two-day-old newspaper.  In my experience, that’s the sign of a good show.  Though I exerted very little energy in the way of dancing or stage diving, I felt as if my bone marrow had been injected with mercury.  With ears ringing and mind blown, I parted ways with my cohorts and set a course for home.  As good as the show was, I couldn’t help but feel a sense of animosity welling.  I felt like something was missing.  A feeling or sense of satisfaction that accompanied the post show euphoria was MIA.  The sense of longing after leaving the show may be a sign of my own membership to a society that always asks “what’s next.”  Like ravenous lab rats, we feverishly pound the button to release another food pellet. 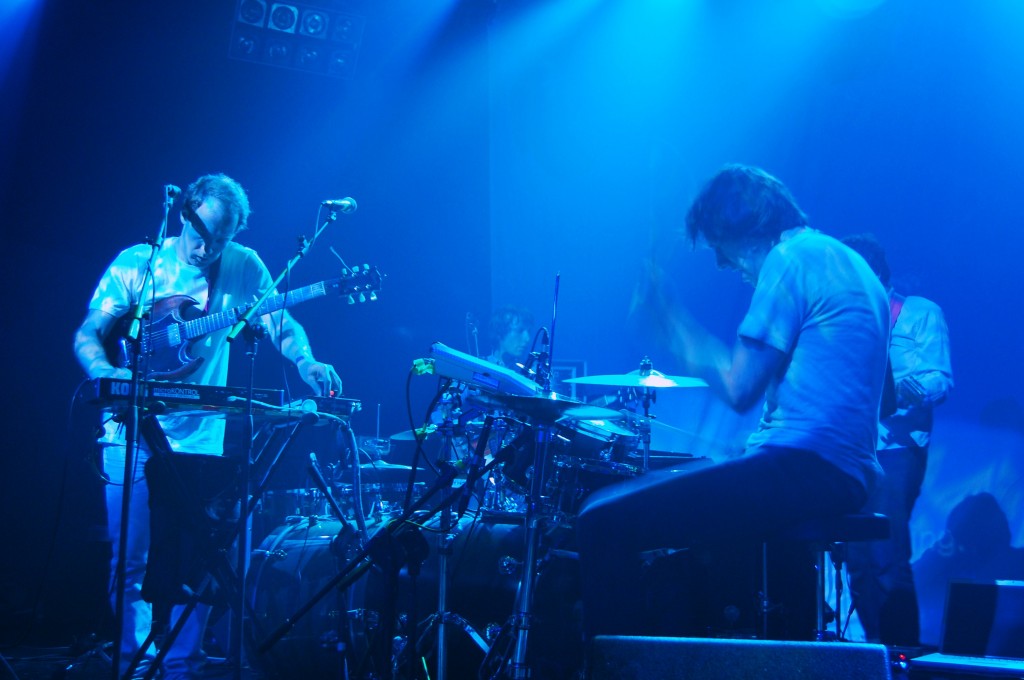 The past century hatched the likes of Robert Johnson, Miles Davis, Buddy Holly, and it was the evolution of jazz and rock that shaped our concept of “live” performance.  Antics like Jerry Lee Lewis setting his piano on fire and The Who destroying stages on national television have become legendary.  In the mid to late 70’s, acts like KISS and Alice Cooper set the bar for theatrics.  About the same time, New York City’s CBGB’s served as a Petri dish for stripped down DIY punk rockers, setting a bar of its own.  Finally, GG Allin took the bar and, with it, literally beat the ever-loving shit out of his audience members.

A major part of the live concert experience, for me at least, has always been heavily influenced by the concert goers themselves.  The Caribou show was a reminder of how things have changed. Teased perms and big bangs have given way to slick comb-overs and ironic mustaches.  Biker boots have become Vans slip-ons with no socks, and skinny jeans now hug tighter to testicles than hippies to trees.  In the mid to late 90’s, shows were full of angsty teens, skinheads, greasy hair, and stage diving gutter punks so enraged and tormented that existing chapters of child psychology books had to be redrafted.  In those days going to a concert should have required vaccinations to be current and liability release forms to be signed upon entry.  It was a glorious time.  A time when security personnel were SWAT trained gorilla warriors that ate glass and had permanent scars.  It was commonplace to get frisked at the front gate before entry and get your 3-foot wallet chain confiscated by a man named Angel (or at least that’s what his neck tattoo read).

In the late 90’s to early 2000’s, music underwent yet another shift.  Music as well as concerts became less violent and more cerebral.  Bands like Radiohead, to cite a more mainstream example, began to create records that elicited contemplation rather than contempt.  Where the concert experience had been more “carnivorous,” the turn of the century provided a climate that could be classified as more “vegetarian.”

The most dramatic, and arguably most important change in music since God accidentally g

ave us free will, however, has been the Internet, more specifically, illegal downloading and our ability to access in an instant anything and everything out there.  About 10 years ago, seeing a band like Caribou would have been a very different experience.  I remember seeing “indie” bands and the crowd size ranging from about 40-100 people.  Experiencing some of the most exciting and groundbreaking acts in such an intimate setting was exhilarating.  You felt privileged and abreast to something happening to which others were ignorant.  The downside, however, was bands were barely scraping enough money together to pay for fuel to get to the next show.  Lack of exposure was also turning people like me into elitists that felt these bands were “ours”, and most people were not spiritually prepared to receive the message.

Like it or not, music is, and always should be, for everyone.  It is refreshing to know that a skinny kid in a basement somewhere in New Zealand could be writing your new favorite song at this moment, and will be accessible almost instantly via computer/mobile device.  The sense of longing that I felt after leaving the show may be a sign of my own membership in a society that always asks “what’s next?”  Once upon a time, I felt content with the “moment.”  I didn’t leave the Heart/Mr. Mister show instantly wanting more entertainment. I feel that I like many others have been dangerously spoiled by easy access stimuli.  Whatever the reason, as the lights were dimmed on my evening with Caribou, and their fans, I felt the signs of age coming on.  I felt it not only in my bones, but in my ability to feel wonder, danger, filth, excitement.  I felt the signs of an age, our age, an age that provides so many options that the only choice left to make is no choice at all. 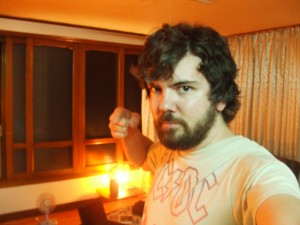 Jason Sander was born into a family of hustlers down near the Missoura/Arkansas boarder. Just after his third birthday he was abandoned by his mama and was later found by a handsome couple that lived in an RV and traveled the country breeding Jack-Russell Terriers. He currently writes and resides in Haebangchon, also lovingly referred to as the “armpit of Seoul.”