HomeFrom the SceneLetter from a Chinese Classroom: Stabbings, Fear and Social Inequity

As of now there have been five mass stabbings at schools in China. Every one of the killers seemed intent on 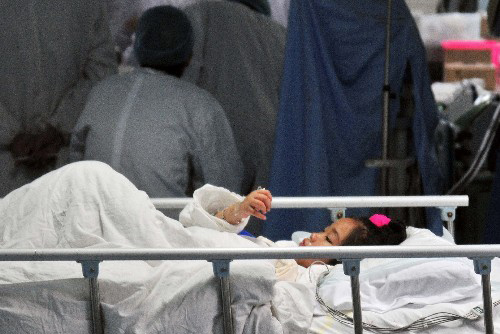 maximizing the stabbing and minimizing our understanding of why they did it. The head count so far is “Seventeen people have been killed and nearly 100 wounded in the attacks.”

As an ESL teacher in China, I’ve been creating scenarios in my head, mostly nightmarish:  It’s a normal day in your kindy class. The kids are their usual hopelessly goofy selves and class proceeds with the usual mix of entertainment and academics. Then the screams start. Both adults and children letting out terrified screams. Curiosity gets the best of you and you head for the source of terror. A scene from the seventh layer of hell awaits you. Blood is sprayed on the walls, children are nursing knife wounds and there’s a man waving a knife as a teacher confronts him. With no way out, the man turns the knife on himself putting a gory end to a day filled with blood.

So far the perpetrators have fit the profile of a man with nothing to lose.  All of the people who took the plunge were middle-aged men. All had grievances with a rapidly modernizing society and not finding a place in it. If that’s not enough, you are forced to see you “betters” through the various media outlets on a daily basis. Can this be maddening? Most assuredly.  Yet anyone willing to stab people in this fashion, fully aware of the consequences is a unique breed—one that is becoming less unique as the copycat stabbings increase.

Some, not all, have had problems with mental health. In fact, a study showed that “ last year estimated that 173 million adults in China have some type of mental disorder — 91% of whom had never received professional help.”

One sighted love issues with a woman as his primary motivation to stab children.  Another was a teacher on sick leave for mental woes who decided to come back to work early and vent on a primary school.  Yes, a doctor and teacher are amongst the “raving lunatics” going on stabbing sprees. This is far from a concrete profile of a madman. Seemingly normal people are being pushed over the edge in the fashion of John Malkovich’s character in “Burn After Reading.”

So is China paying the butcher’s bill that comes with modernity?

China’s crime rates have been rising steadily over the past 30 years. This happens to mirror their steady economic growth.

So why aren’t the ones with mental issues seeking help? Culture and tradition have a lot to do with that. There’s an element of shame for you and your family if you seek help.  In a country where your relationship with your community is important, having a nutter in the family places a stigma on you that may be hard if not impossible to erase.

Another problem is education. A lot of commoners in China have no idea of the mental healthcare options at their disposal and therefore are left in the dark and dangerous world where psychological problems spill out onto the street and, in the recent cases, into schools

What is to be done?

All schools have beefed up security (the author of this piece can personally testify to that). When we enter the premise of the Kindergarten where I teach in the morning, I must wear a nametag and keep it with me at all times. There are now bludgeons visibly hanging on walls in the administration building as well.

In some cases parents have actually been promoted as “guards.”  This was an idea to solve the limited manpower of people willing to sit around in front of a school all day. Beyond that, schools have budgets and hiring extra people to sit around all day waiting for an unlikely  instance in which a psycho shows up isn’t exactly a priority for spending. The red-armband-wearing parents are seen as a temporary solution to a problem they hope the government will successfully address. 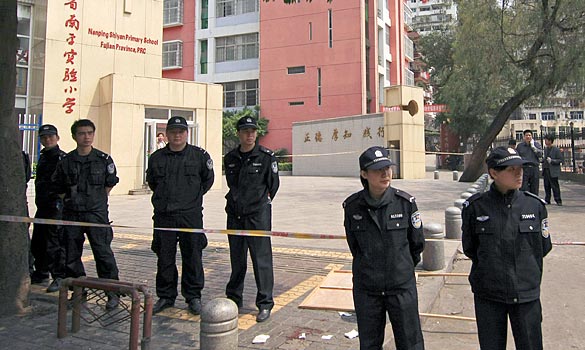 Of course, knowing how to repel an attacker or successfully avoid a rampaging middle aged man with nothing to lose may also come in handy. Children’s enrollment in Kung Fu has increased by 20% since April, which is when the “copy cat” killings began. Instead of militant like training, most teachers still focus on teaching the young ones self defense as well as evasion techniques.


In Beijing communities are becoming even more involved with their communities in hopes of stifling the next attack. Known psychiatric patients as well those with a history of mental illness and erratic behavior are under the public eye.

It’s hard to determine the total number of people who might need psychiatric help,” he said one official from a district where an attack occurred.  “The work depends mainly on residential committees. Officials in the committees are more familiar with the conditions of residents.”

Sadly, it’s the “crazy” ones no one ever sees coming that seem to be the ones who get into the schools and do the damage. There seems to be no sure fire way as of yet to stop a man who has nothing to lose and knows he will die after 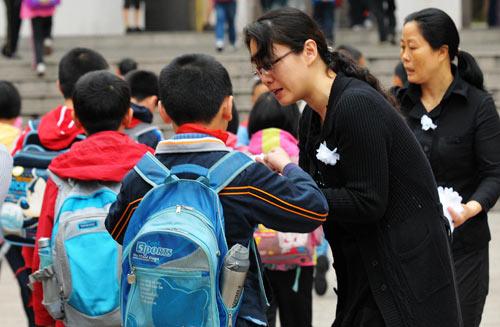 committing such heinous acts. It’s a powerful statement and for those who lose their child in a country with a one child policy, it’s the ultimate f**k you.

Coverage has also been less than ideal. The authorities have tried to downplay these incidents. Stories of journalists being turned away by cops seems to be the norm. In the case of the “madness” in Linchang:  “Police officers followed journalists around Linchang and kept them away from some areas. One news crew was ejected from a hotel, the A.P. reported. Local and central government officials have tried to clamp down on news coverage of the attacks, and the official news organizations did not report new details of the Linchang killings.”

The incident in Hanzhong further complimented the party’s sentiments:
“CCTV buried the tragedy on its nationally televised 6 p.m. news, leading with the Libyan air crash, and not reporting on the school tragedy until 42 minutes into its broadcast.”

This lets speculation through the door. Could there be more to this than meets the eye?  Is  the clampdown on public information an attempt to hide something? Either way, the bizarre, brutal nature of these stabbings is sure to decorate the history books regardless of who writes them.