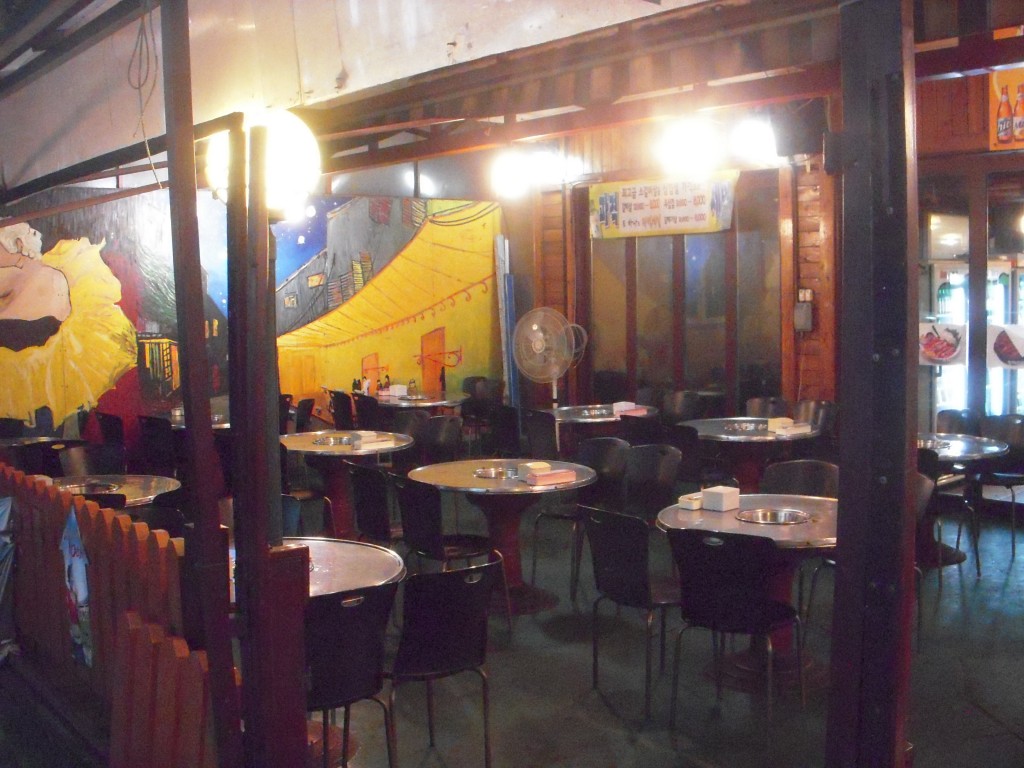 If you’ve been watching Top Chef the last two or three seasons, you might be aware that American yuppies will suck down just about anything that’s grilled with an Asian sauce and wrapped in a romaine lettuce leaf. Here in Seoul, however, we can afford to be a bit more discerning about our barbecue. In fact, the new resident or visitor is often faced with the enviable problem of too many restaurants to choose from, with very little English-language guidance on the subject. It can be daunting to stare down a street full of establishments with nearly identical menus and try to select one, even more so when faced with a language barrier and/or dietary restrictions.

Allow me to introduce myself. I’m Kathy, I live in Seoul, and I eat at the gazillion Korean restaurants you may have thought of trying some night. I’m only an amateur aficionada when it comes to Korean food, and despite my instructor’s best efforts I have a tendency to mangle the language rather badly as well. Luckily, it doesn’t take an expert to find affordable and tasty Korean dishes, and what better place to begin than in the heart of Shinchon, home to thousands of hungry college students?

ManMi is a spacious building at the corner of a park near the Shinchon subway station. In addition to two floors of indoor dining, it has a cove

red patio with an Impressionist mural on the wall, a big-screen TV showing soccer or baseball, and some of the best breezes in the neighborhood. The menu offers standard beef and pork barbecue dishes such as samgyeopsal, galbisal, and various cuts of steak, with a few standout dishes. The beef appears to be permanently on sale (possibly because it isn’t hanwoo) and arrives frozen but in satisfying portions. The u-samgyeop (우 삼 겹), similar to uncured beef bacon, is meatier and more richly flavored than its pork counterpart, and is served with a sweet wasabi dipping sauce as well as the usual salt and sesame oil. If you’re a fan of marinated pork, the wang galbi (왕 갈 비) is a thick slab of boneless rib meat, marinated in a clay pot with a sweet sauce and enough garlic to kill the entire cast of True Blood.

As is par for the course at barbecue restaurants, all orders are served with lettuce and sesame leaves, ssamjang, green onions, and various types of kimchi, as well as a fluffy steamed egg dish and a bowl of spicy 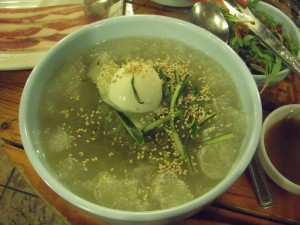 doenjang jjigae. ManMi’s doenjang jjigae is a bit better than average, with hunks of fresh tofu and chili pepper in a nice thick broth of soybean paste and vegetables. As far as add-ons go, the naengmyeon (넁 면) comes close to outdoing the main event. I am a fan of naengmyeon in nearly any form – expect more on the subject in the very near future – and ManMi takes it up a notch by using green tea noodles. Clear green in color, they have a strong tea flavor that goes nicely with the barbecue. The broth is light and icy, the way naengmyeon broth should be, with generous quantities of egg and cucumber and a scoop of sesame seeds on top. For those who are sensitive to spicy food, it is a refreshing and welcome change.

The service at ManMi might best be described as brusque. The staff isn’t unfriendly, but they don’t hang around to chat either, and special requests might be a problem unless your Korean is significantly better than mine. However, there is an English-language picture menu with clearly 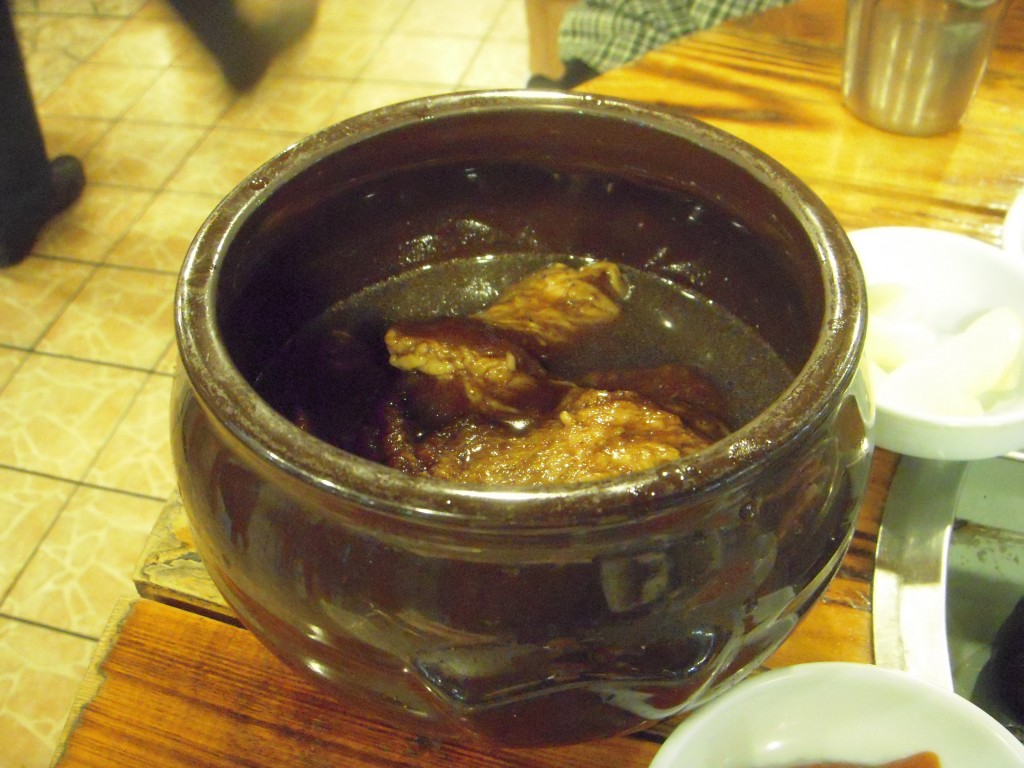 marked prices for each item, and ordering is a relatively painless process. The portions are large, and they do insist on each person ordering a dish, so arrive hungry. The prices are average for barbecue restaurants in the area, running about 10-15,000won per person depending on drinks, and the food is well worth it. Out of all the barbecue restaurants in Shinchon, you could do worse than to go to this one.

Directions: Line 2 to Shinchon station, exit 1, left turn past the Hyundai Department Store, walk two blocks, cut through the park, and it is on your left.
View Larger Map