As an expat in Seoul, part of what drew me to this city was its exciting social 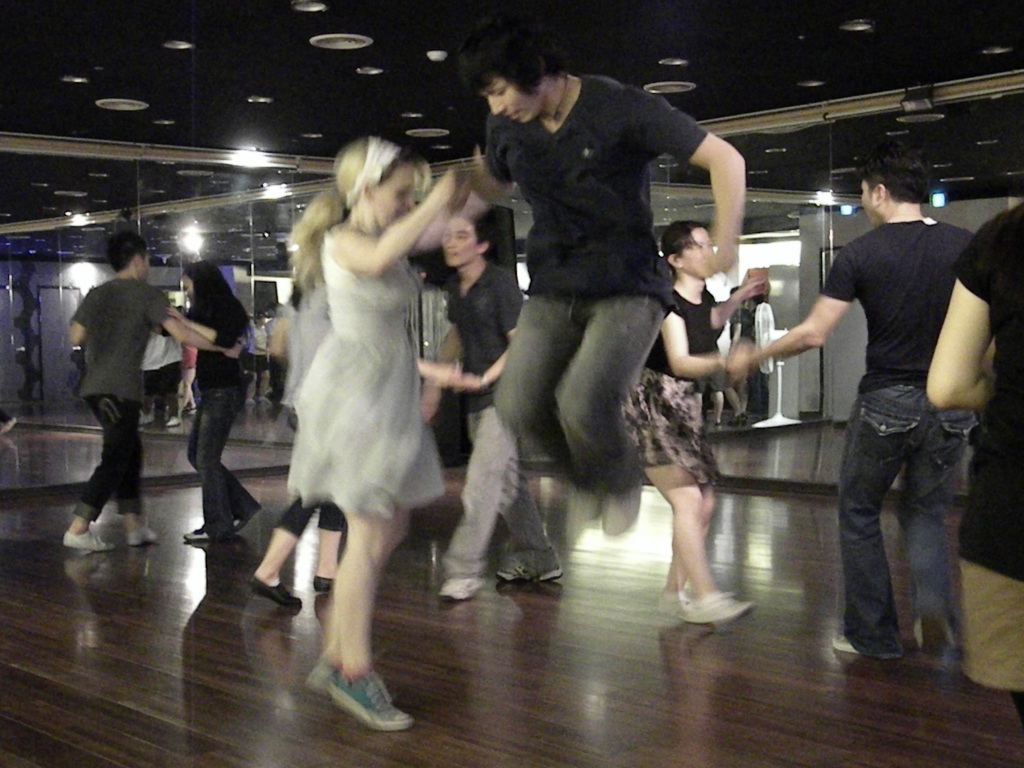 aspect, its dizzying array of clubs and bars, the ability to dance all night and hang out with large groups of people. You too? Well, I’m willing to wager: my Seoul nightlife is nothing like yours.

“BK, how many days has it been?” I ask the Korean guy standing across from me. He grins widely at me, like always. BK has about a thousand teeth and he shows all of them in his smile.

“I dunno,” he replies. “I lost count a couple weeks ago.”

By my own estimation, based on the number he presented to me last month, BK must have been dancing over 100 days at this point. More than 100 days of dancing in a row.  While my remark about the number of BK’s teeth is hyperbole, my calculation of his dancing days is closer to exact. (I recently e-mailed BK about this. With the ultimate goal of dancing 200 days straight, he eventually had to stop at day 155, after a cold – and most likely exhaustion – claimed him.)

Personally, I am not quite as intense as BK, but I still go out dancing about five or six nights a week, alternating bars depending on my mood, location,

and the crowd I can predict will be there. Only these are not the typical hoist-a-bottle-of-Cass-over-your-head-while-you’re-gyrating type bars. These are swing bars. The patrons here do the lindy hop, the jitterbug, the Charleston, the east coast, the west coast, the balboa, the blues, old-fashioned dances with old-fashioned names that emerged primarily from the 1930s and 40s.  But swing dancing contains a vitality that has not lessened over the years.  Unlike ballroom, with its upright formality and sometimes strict regulations, lindy hop is a partnered street dance, brought to the general public’s attention by the fabulously talented ghetto kids of New York as they performed their moves in the Savoy ballroom. Creativity remains a highly prized element of the dance: lindy hop can extend beyond just the basic steps, as innovative dancers are constantly adding new styling and creating new moves to add to the basic forms.

Me, I’ve been swing dancing for over a decade, ever since Jump, Jive, n’ Wail played on a Gap commercial in 1998, an advertisement that was pivotal, if not in selling khakis, then in reintroducing swing dancing to the American scene. I have traveled throughout North America just for the chance to dance swing in different cities, states, and provinces: San Francisco for playful groove; St. Louis for sultry blues; Cleveland for smooth bal, Asheville for flying lindy; Toronto for Sunday morning gospel sessions; Ann Arbor and Detroit for Motown; Honolulu for, well, dancing on the beach; and so on.

No other single city I have encountered offers the sheer number of venues (15), the overwhelming turnout of dancers, or even the consistently high level of dancing as does Seoul.  Even though the swing scene in Seoul did not receive widespread popularity until about 3 years, most Korean dancers are so intent on improvement and so dedicated to practicing that their skill levels advance with astonishing rapidity. Before moving to Seoul, I’d heard rumors that is was “lindy hop heaven.” These rumors acted as a big incentive in my decision to move to Korea, and the truth behind them is what keeps me here a second year.

That is not to say the swing dance scene is altogether perfect.  Quite frankly, I had difficulty fitting in at first. Many of the clubs were – and possibly still are – unused to foreigners. For many months, I was the only foreigner to frequent the Boogie Woogie Club in Sillim. Then suddenly, an Irish girl named Eimir began swing dancing and showed up at the same club. A Korean girl – whose nickname is something like Bam Bam Cheeks – saw the two of us standing together one night and observed, “You know, we didn’t use to get any foreigners at all in Boogie Woogie.  Now we’re just packing them in here.”

Eimir and I looked at each other in bemused silence. After Bam Bam Cheeks 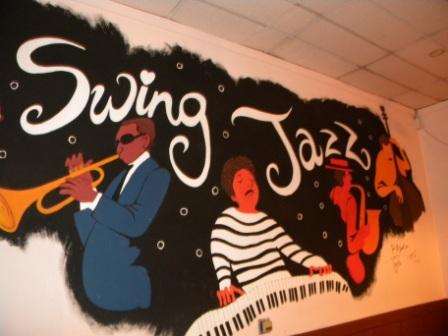 had left, I told Eimir, “Well, in all fairness, the foreigners have doubled in number since your arrival.”

The obvious upside to this situation is that through dancing, I have been able to meet, and eventually become friends with, a number of Korean dancers. I’ve shared sensitive and complex dances, full of personal expression, with men with whom I cannot otherwise communicate. I danced with one guy several times a week for 6 months or so in complete silence, under the assumption we couldn’t speak the same language, when suddenly he burst into casual conversation in a tone that implied we’ve been friends for ages. It turns out his English speaking skills are just fine; shyness was the problem. I’ve gone to a retreat in the mountains with one group of my new dance friends and a retreat on an island with another group. I’ve danced around campfires, played games without understanding any of the rules, been invited out to eat, and out to drink. When it comes down to it, swing dancing in Korea is an amazing social opportunity.

What I’m trying to say is that if you want to learn a new hobby or even if your motivation is simply to escape the mini-America of Itaewon, swing dancing in Korea is perfect. Check out these Web sites(here and here) for more specific information about the days and locations. If you’re based anywhere in Seoul, there’s bound to be a swing bar somewhere nearby. Just remember to go early! Except for the case of special events, dances typically run 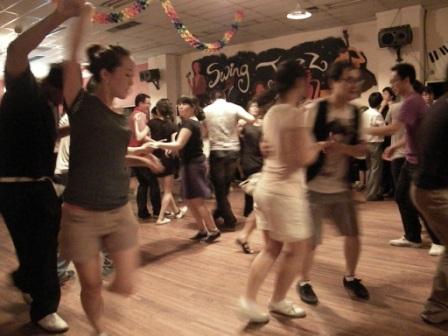 And here’s a final tip: If standing out as the sole waygook is too intimidating, I suggest you start your dancing experience by checking out the Big Apple Club on any Monday night. Of the 100 or so dancers in attendance, there should be between 3 to 7 expats. Trust me, this is the largest contingency of foreigners you will probably ever find in Korea’s swing scene. And eventually, of course, if you visit enough swing bars, you’re bound to run into me.

Melanie pretends to be part of the literati, but, in truth, just reads refrigerator magnets and quotes them at appropriate intervals. To read her personal, Seoul-based blog with updates that can best be described as “lackadaisical,” check out http://odysseusdrifts.blogspot.com