Twenty years. More in fact. That’s how long I’ve wanted to go there. India: the end of the line for the adventurous backpacker. Though I’ve never backpacked, unless traveling around Australia and a bit of Europe counts – no porters there. You can carry your own dammed shopping. Eventually I decided I would go Nike and just do it: solo. South East Asia, Pakistan, Cuba and Turkey all proved good training. But finally, of all people, it was my mother (Brigid) who piped up to join me! 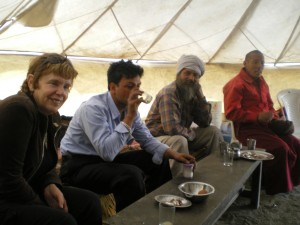 Again, another blessed Korean taxi driver rolls up and hustles myself and another passenger to get a fare out to the airport. Same cost as the bus! What’s not to love?

A night on Hong Kong Island visiting a friend prepared us even less for our destination. People and cows sleeping on the street, punctuated by rubbish. Broken up roads. It was a pit stop the hotel driver was making on the way. Not. He looks at us and we at him, all wondering what’s going on. Welcome to Paran Ganj. Da Ganj. Tourist central. Full of touts. Noisy, smelly (good and bad), dusty and rather invigorating. But at 3am, it was just weird – livestock, dogs and people sleeping everywhere. I later learned 25% of Delhi sleeps on the streets and quite a lot of urban India looks like this at night.

The main objective in voluntarily suffering the up to 50 degrees summer temperature in Delhi was to see northern India (although in fact Delhi might always be a something to suffer – a city with no heart, middle, soul, just the maddeningly concentric circles Connought Place). Most of this area you cannot reach easily, if at all in winter. So we hooked up with a travel agency, which proved pivotal in our trip. Furnished with the dimmest idea the state of Jammu/Kashmir is divided into Hindi Jammu, Moslem Kashmir, Tibetan Buddhist Ladakh, so we flew into the political hotspot of Srinigar. Home to the famed Kashmiri lakes, Srinigar is framed by the edge of the dramatic Himalayan Mts. We were on beautiful houseboat for a few nights. Hard to believe I’m finally here, having heard about this area since I was a teenager.

There were SO many passport presenting points we ended up handing them over to our sweet and rather handsome driver Shabir. Really, it got so dammed tiresome -you would do the same. We signed our names at least 20 times between Delhi and Leh, in eastern Kashmir. Moreover, we were in a HEAVILY fortified area. Military police everywhere and, you can’t take a picture of them! Shades of our North Korea trip wafting back. We were within sight of Pakistan and spent two days on the road that dusts her border, where fierce fighting took place in the 1990s. Here we learned all about the poetically named ‘open air’ toilets (the local slang to use them is: go for a walk). Although we traveled less than 500km, one has to stay overnight enroute to Leh from Srinigar. The roads are scary as hell, and breathtaking high mountain scenery is littered with road-site gravesites from border fighting and driving casualties. Some of my favourite roadside signs were:

We spent a few days in Tibetan Buddhist Leh, which was probably my highlight. With prayer flags and wheels everywhere, the vibe is a strong feeling of being in a different universe. Every local single person wanders around in burgundy coloured monk like garb. The landscape is a stark, moon-like desert with mountains posed behind, that would be freezing in winter. Sadly it was the only place where I got sick (food poisoning), as it was the most time consuming and expensive to get in and out of. My mother was altitude sick for about a day, which is very common when you’re three and a half thousand metres up, and I too felt disoriented. 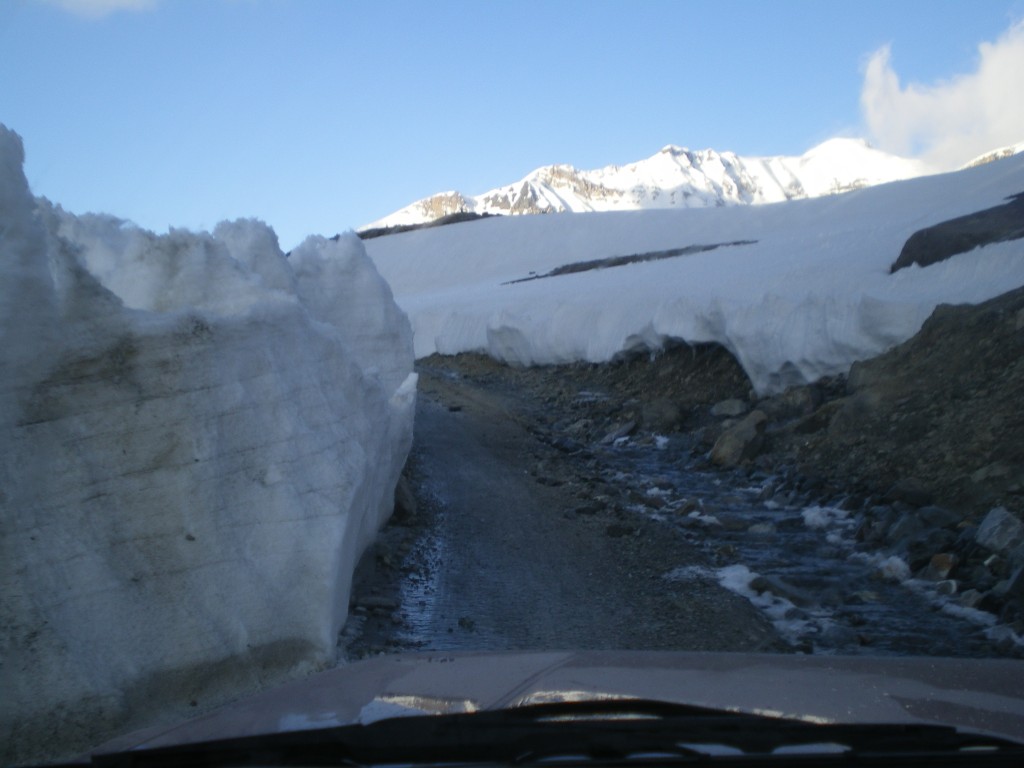 Leaving Leh, we drove for yet another 2 days on an even hairier road. I was too jarred to eat, write, or do anything except keep the driver company to help him not miss a beat. The roads are so brutal they have to be continually re-made due to landslides (by gangs of mainly Bihari road workers, not much machinery in sight), and it’s only able to be used for half of the year. Twice I screamed out loud in terror. All cars in India constantly overtake by beeping (or flashing lights at night), which is fine where there IS a road to overtake on. Perhaps a spliff in the carpet shop we were holed up in (complete torture for a ‘carpet bagging person’ like myself), due to our driver not having the correct permits to go to the next state, wasn’t one of my better ideas. Then the Indian bureaucracy arrives. As the travel bible, the LP (Loney Planet) states, getting here then getting out of here would test the patience of a saint. In July newspapers widely covered a story about a guy appointed to a commission who took 17yrs to compile a rules of the road traffic guide    (that’s 48 formal extensions of time).

In Jammu & Kashmir, the finest specimens Indian manhood had to offer were the checkpoint guys. Later, my mum Brig had a go with tour-guide guys that kept getting better and better looking in her week’s doing, or getting done over by Agra (Taj Mahal city, which I avoided) and western Rajisthan. I think her trip highlight was a flirtatious chap who offered to take her for a spin on his motorbike, although she informed him she was old enough to be his grandmother. He even earned me a few late night text messages from her. You heard it here: India has talent! And there is a LOT of credibility traveling abroad with a parent, or in my case “Mumma” as Kashmiri’s always referred to my mum Brig. 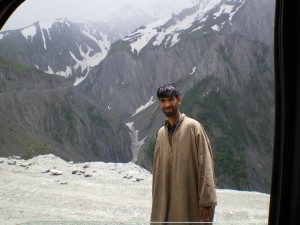 As there are so many animate objects, they are bound to come in all shapes sizes, colours, religions, races, cultures. The place is packed! Packed with livestock (mainly cows, though dogs, monkeys, horses, donkeys, goats, squirrels, pigs and camels aren’t in short supply) in control of the streets everywhere, people squished into spaces in dense blocks of existence, and each block seems to be practicing its own religion. Pick any religion and you’ll be able to find a state, city or area that’s doing its own thing but also to the letter of how it’s supposed to be done, the spiritual cauldron that is India. The whole country is religion mad, festivals, singing and chanting every minute of the day, devotees wandering the highways doing pilgrimages, and buckets of temples, which often house those who furnish their existence by tourist harassment. Never could I imagine being so badly harangued in a place of worship that you find yourself telling a 10 year old to “***k Off!” loud and clear. I mean, what ARE they worshipping? The run-in with the 10 year old actually began my boycott of Hindu temples. All temples (Hindu or Brahma) in India are really dirty and to be nagged by not very clever beggars wasn’t something I needed. So I stayed away from spliffs and beggars instead switching to yoga. My mum Brig may be right when she shrugs and says “As usual there was nothing much inside the temples it’s more about the external architecture”. That’s a shocking consideration; that there is nothing inside all the temples. They are supposed to be spiritual storehouses. Aren’t they? As far as the yoga goes I mostly practice it while sitting in anything that has wheels.

This is Fiona Isobel Jackson’s second travelogue for 3WM. She is a veteran English teacher and traveler from Australia. She lives in Seoul and can be reached at feeij69@yahoo.com