According to recent research, South Korea is the second highest scoring country of average high school academic test scores.  The result of the research brought a huge respect boost to our education model. However, in the same research, South Korea also ranked the lowest in the category of happiness for students. I believe Korea is not an advanced nation in education yet. There are many contradictions why we have an undeveloped education reality in our developed country.

There is a harsh learning system in Korea. It is a competitive ranking system. Schools tuck students into a survival game which is similar to a niche in the natural world we live in—it’s kill the tests or be killed by your parents. It’s only competing for test scores and the subsequent ranking of those competitors. In fact, it is completely nonsense to apply competition into education. Students should have to study with discussion from other students and teachers to improve themselves. However, to survive the ranking system, we have to step on each other’s cut throats to be considered a good student. Don’t you think it is cruel and unusual for high school students to have to act this way even though we are not even adults yet? Moreover, our system cannot reflect the improvement of individuals effectively. For example, a student who studied very hard for his exam might not jump up in rankings even if his grade improved from a B to an A. To get more remarkable academic achievements thousands of parents are always busy trying to find better private schools which will drill the students to death in order for them to raise their test scores. In other words, this ranking system causes an expensive creation of private education which in turn is creating major social problems for all of us.

Another factor that makes us brain-formatted studying robots is the memorize-and-cram style of learning. Numerous students have no apparent goals or understanding of life. I believe one of the reasons of this traumatic

situation is memory–rote studying. We could decide our future career or our economic class style through the interest of memorizing everything about one subject. “Memorizing” study doesn’t give any motivation to students and will be an obstacle to their life instead. Knowledge that you have memorized must not remain in your brain permanently. Thus, that kind of knowledge is useless. It has already lost the essential purpose, so students waste a golden time of life and special youthful efforts.  And most end up just getting depressed.

With the Korean perversion of the purpose of education we, sadly, have no distinctive subjects. Many countries in Europe support geography and history as important subjects for their nations and students. The United States also invests a lot of money in pure and applied science. But how about Korea? It seems our education has no particularly important field. Schools emphasize the importance of mathematics and Korean but we cannot say that those are our specific subject. Outspokenly, how many Korean people win the Fields medal? How many people win the Pulitzer Prize or Nobel Prize for literature with that boastful literature education? They are just important subjects that we should manipulate to enter good universities.

Irresponsible teachers are also a part of this serious cancer. Certainly, lecturers and teachers are different. When a person wants to be called a teacher he or she tries to develop him or herself and attempts to change the environment when it is not good for their students despite the systems and social structures. However, these days, almost every teacher is depraved. Some mean people take a lot of money from parents or give sexual harassment to female students. How can a place where grisly appalling crimes are occurring be called school? Besides that, the old teachers do not want to change the rules and policies and younger teachers have no power to change them. I understand that they might have some troubles in their life if they try to do something for students. It is not the simple question that can

be answered easily. This problem must not be fixed by our demands. It is completely up to teachers themselves. If the situation of attributing responsibilities of innovation is negligently discarded , we will never be advanced and besides China is already the world’s factory (and personally I don’t want to be just another Asian achieve-a-tron to make my parents happy).

Where is the first Gordian knot we should unloosen? Honestly, I do not know. We need more time, more participation, broader minds, and a conversion of paradigms. But the most important method is togetherness. If teachers, authorities, parents, and students join forces and if we consider all possible consequences we can make carefully, nothing is impossible to us. We should also remember that the quality of this nation follows the quality of its education.

For a brief window into this world, click to have a look at the Culture of Studying in Korea via the BBC 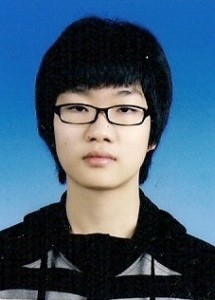 This is Matt Choi’s first foray into journalism and first editorial for 3WM. He is a high school student in Daegu.  His next piece will deal with the problem of depression and suicide in Korean education. Contact 3wmseoul@gmail.com