Of all the temples, perhaps the most bare bones of them all is the Bahai faiths’ huge concrete lotus flower. Somehow it reminds me of the Sydney Opera House, in Delhi. It’s strange I cannot ever reckon why.  We had to walk for some distance over scorching hot floors to get inside. At 50 degrees, the sweat is so prolific it just rolls right straight off your hand and crawls down your back before dropping off. Really, it was so dangerously hot authorities sometimes weren’t even game to tell people the real temperature.

I’d bought with me a huge drinking flask/cup a colleague kindly bought from the US, and with it, I completely out-chai’d the Indians and beat them at their national past time – knocking back the chai (tea). The locals all drink it tooth numbingly sweet. I guess they thought I was the anti-sweety tea drinking champion, as well as the teettoling queen-put me in a very virtuous category unto myself for a tourist girl. Meat nor alcohol is big in India.  Every second restaurant advertises itself as “pure vege” and even the families advertising in the ‘matrimonial’ spouse hunting pages of the newspapers often state they are ‘pure vege’ and their pride in being teetotalers (add that to the paper’s own ad stating if caste, class, dowry etc isn’t mentioned in the ad there’s a 25% discount!). But my favourite sobering bit in those telling pages was declarations (in the ‘divorced’ section) of “Marriage unconsummated” and “Innocent victim”.

Anyway, I quickly tired of the vegetarian food. I guess in many other places vegetarianism comes with health connotations, and fibre is something you do encounter. Think back to every Indian meal you’ve had. It’s the most delicious pile of mush you ever ate. And the servings are huge! Which I applaud, as it meant I could wander into any given shop and look at a shirt and I’d be medium at most! Not a monster cow XOXOXO size as I am in East Asia. It is a land of fabulous shirts and so I naturally stocked up. But probably even more so on beautiful slices of fabric, which I souvenired at most pit stops and must now surely have the full glory box compliment of. 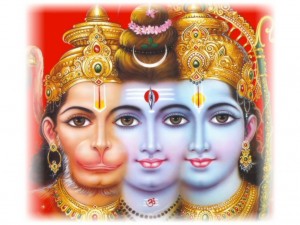 Souvenir numero uno is a stunning silk Kashmiri carpet (completely useless in Korea due to floor heating). A decadent outlay or ‘investment’ as carpet salesmen worldwide like to put it. To buy it I was ferried in a canoe to a floating market, and the salesman instructed me thrice over to never sell this carpet. As you can imagine, purchases got somewhat numerous, 17kg in fact. My mum Brig reckons I was shopping for Australia.

After Jammu/Kashmir, we went south to Manali for a few recovery days after more roadside trauma of camping and grinding driving, then over to Daramsala, which is where the Dalai Lama calls home. It has been 50 years since he took refuge in India, and we saw several billboards conveying his gratitude. His temple is surprisingly humble – in fact we were sure that we couldn’t find it except for a scanner as you enter.  And there is no evidence he gives audiences here. After a few days, with some not so sweet monkeys jumping into our room and a severe round of food poisoning for my mum Brig (rule #1: NEVER EVER look in the kitchen or even at the bottom of your teapot), we drove to the Punjabi plains. 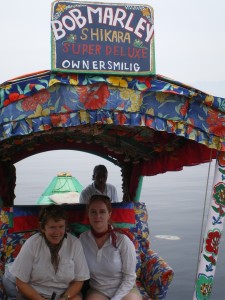 Run by Sikhs (the turbaned guys) Amritsar and two main attractions: the stunning Golden Temple and the theatrical, even camp border crossing ceremony with Pakistan. I had been to this point a few years ago, but on the other side. As we are both fans of ‘changing of the guard’ ceremonies, I thought my mother would be amused, and she was. It makes the European ones look lame, and I doubt they pull the thousands of spectators each side does every afternoon. Visiting the Golden Temple required one to follow elaborate rules about where to put one’s shoes, mandatory head-scarves, certain physical positions one could and could not adopt while gazing over at the temple from across a lake and enforced rules about what one cannot photograph. Sadly we couldn’t get close to it, not at 10pm nor early the next morning, due to the at least 5,000 people waiting to visit the inner compound. Sikhs, we learned, have 5 cardinal rules they must follow: No smoking (ever); no cutting of any body hair (ever); one must always carry a sheathed knife inside their clothing layers; one must cover their head with a turban and the most startling one to me, the wearing of prescription ‘special’ underwear. This is apparently a kind of chastity device to discourage thoughts of adultery. From Amritsar, we were back on the national rail network and returned to Delhi.

Something I adored about India is that you can actually get things fixed. Yes, all things. By the time I left, I had a ‘zip guy’, two ‘jewelry guys’, a ‘shoe guy’, several bags fixed, a new one made and a lifetime of broken jewelry mended. So that’s why I had to wait so long to get there – to allow me to accumulate the maximum amount of beloved junk jewelry to fix! Something I adored less is the glacial pace everyone seems to move at. It takes at least half an hour for a chai or anything else you order. Clearly I wasn’t the only person to notice this, as one place I stayed advertised their room service requests arrive in only 25 minutes!

In all we traveled in parts of 5 states, and mostly people were fairly cool (although in general quite bossy, even the little children). We had both come across far more persistent beggars in certain parts of SE Asia. On one memorable occasion a woman on the street in Delhi asked us for “chapatti” (bread/money). Restaurant servings would make any North American proud, and we got into the habit of taking the bread we didn’t eat with us to give to the numerous street dogs. So I had a fresh stack of them with me and she was genuinely delighted. Then a child with her group chased after us and asked for an ice cream, which I obliged at a nearby stand. The kid was so happy she ran after us a second time to shake our hands. 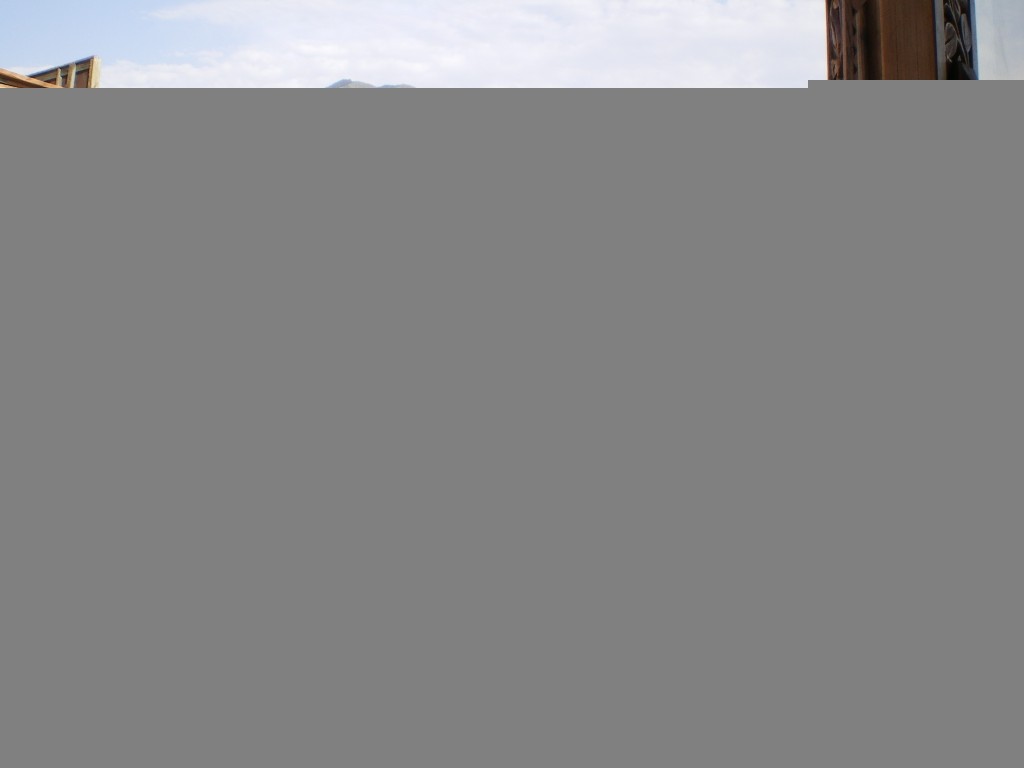 I developed a new respect for Islam as nobody harasses you in a mosque, they are always scrupulously clean and ultimately Moslems proved to be more respectful to women travelers. In fact I spent my last night in India with our Moslem travel agency people and was quite comfortable dining in the home of six men! Thanks Billal, Moin, Romi & co.

Although one should be careful, India’s not exactly money-belt territory where you have to be constantly worried about people grabbing your stuff like the worst I imagined. My mum Brig reckons Italy is far worse for pick pockets. Although filtering out hustlers is hard work, if you’re up for it and don’t mind dust, India is as colourful and fascinating destination as the TV ads say – though, coming from Korea, not as cheap as you’d think. Home seems tame: the power always works and the traffic so well behaved. But when I arrive my future husband Jin is waiting for me at the bus stop, grinning, and my cute cat puts his head on my shoulder and cuddles me. I wonder just when my headspace will finally drift across the continent to join me in Seoul? If you can put up with a few less creature comforts, India sure is incredible.

This Fiona Isobel Jackson’s second travelogue for 3WM. She is a veteran English teacher and traveler from Australia. She lives in Seoul and can be reached at feeij69@yahoo.com