By Remo Dello with Mizaru

EDITOR’S NOTE:
This is the first of a series of installments culled from letters about teaching English in The Bronx, New York. The next installment will run in an October issue of The Three Wise Monkeys.

Great article Scott, you have a way with words. Have not heard from you in a long time. Seems you are busy, of course who isn’t? Since February— working in an alternative high school in the beautiful surroundings of Hunts Point. Very challenging to teach, what a fight for them to take off their doo rags before entering the class. Really, I’m teaching behavior modification in addition to un-teaching the street slang that these ESL kids have picked up along the way. Other than that, in a peculiar way I kind of like it here. The classes are small 10-15 and no hassles from the administration. Although I continually have to call the parents in regards to behavior modification. I wish I took a course with Pavlov so I could be better equipped to handle the challenge. The school building is contaminated (asbestos/rats/etc) so the PTA is busy calling channel 12 News and making calls to the Bronx Borough President.

Ah the plight of the poor—Typical Bureaucracy where the poor are treated second-handedly; if it was Manhattan or even City Island the problem would have been cleaned up yesterday. Running a youth group on Friday at a Parish near my house. Loads of fun, no hassles from the kids and I can show “teacher-love” and get them off the streets and in the books for a few hours. When one student’s book report was due he told me he did it and that I lost it. So the next day he comes to class kicking and screaming that he won’t re-do it. He yelled at me in front of the class, “You call yourself a Christian?” I rebutted, “Do you?” How do you like that for respect? 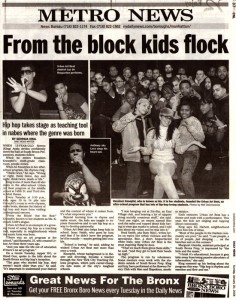 These kids have an answer for everything and anyway not to do any work. Another student just opened his notebook after a month of being in my class and he wonders if I am going to give him any credit. Anyway I mush through the day and there is never a dull moment. Have been called every dirty name in the book right in front of my face but I march on into it every morning. Nonetheless they are slowly respecting me and even doing some work: like writing their name properly on the paper is a real accomplishment. Brought them to the library last week, first time for many! Would you believe it? What is sad is that they are the future of our borough. I suggest to them to join the army, navy or air force as that may be the only way out of the ghetto for them. Who knows? I am even getting praise from the principal since I installed a class agreement with rules like you must have a pencil before coming to class and more serious stuff like getting to class on time and try listening to each other instead of talking at each other. This is all new to them.

Right now I am in St. Joseph’s seminary library writing a paper on the catechism for a class I am taking. Trying to get my state certification done for teaching. Even with the masters you still need that etc. Gotta go keep in touch. Peace Remo

Sorry about the letter, I am sure I can come up with something, always have interesting scenarios and language creativity going on in my class. Like what Glenni (my little ghetto/Dominican ESL student) said to me today after I told her she needed to do her homework:

“I always be doing your homework!”
“Don’t be telling me that; I be getting home late”.

When I ask her why is getting home late, she replies:

“I be takin’ care of my business!”

Then she tries to complete the homework while I am reviewing it with the class and expects me to give her credit. She defends this logic, and I continue to explain to her that is why it is called home……”work.”
Whenever she makes a mistake in pronunciation while reading, she be saying: “Whatever” after I encourage her to say it the standard way. I don’t know maybe little Glenni from the block is going to be the next J.Lo.  All fun stuff… have to always be on my toes. 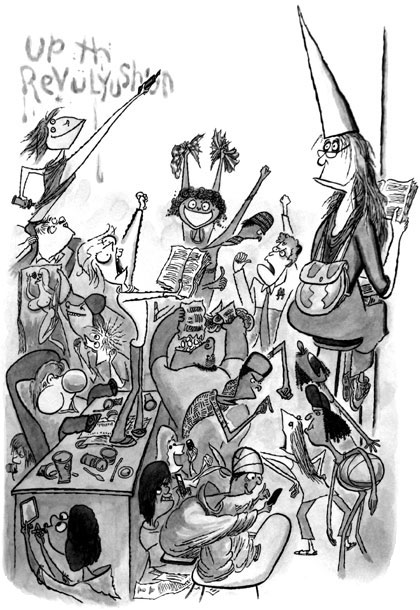 Yea, thanks for the job info in South Korea. Sounds appealing but I think I am going to stick it out around here. We actually just got a really good raise. I think this is the best salary I have made since teaching, and in a way a stress-free job considering the little nonsense I have to put up with compared to the other hell schools I’ve taught at in the Bronx.

Real estate prices are coming down so it might be a good time to buy, looking for a two family in my neighborhood. But maybe during the summer I can visit. Love Asian culture and really miss teaching Asians, so nice and obedient even though you don’t know what they are thinking. Be in touch. Take care my nigga, Remo

Ok. Last period, kids did not show, no argument from me. Yea, as I was saying. New York is for the material warrior. What is driving people here is what causes so much chaos, and the bottom line is money, but not only that, I don’t know how the poor survive, it is expensive for everything. They got the subway now at $2 and it might go up again. Gas—$3 gallon, electric, etc, you know. I am realizing how this environment affects the spiritual side, they counterattack each other. I went down to North Carolina last weekend to see some friends, it is booming down there, building everywhere, looked at a beautiful townhouse. 180K, houses 200k, malls everywhere, they said I would have no problem finding a job, but I want to be near the water. Who knows what I will do. Just at the thinking stage now. Was looking for a house here in New York but that is a laugh. Supposedly prices will go down who knows, owners have this mindset that they will get the same price of two years ago, not realizing the mortgage market is still practically collapsed. They are greeeeeeeedy people in this part of the world. I wonder if Asia is the same?

Just got a roommate to help on the rent, from Ghana, Africa. He is studying English and thinks he is proficient enough to attend graduate school, boy he is not living in reality LOL. He’s been getting on my nerves lately, wants to bring his African wife and another girlfriend here for a visit for two weeks, thinks they are all going to sleep together in the same bedroom, like it’s a flop house. Shared my thoughts on that last night; don’t know how long he is going to stay. He is working at Subway, traveling to Brooklyn for two hours, making beans, won’t listen to me about getting a job in a restaurant and work for tips—thinks his English is not good enough!

People have to learn the hard way right? Anyway got off topic. Yea, New York, love it or hate it, one reason I don’t leave because parents are still here, kind of feel obligated to be close to them though not like I really am to either. It’s an Italian/Catholic thing. And my father still threatens to pull out his gun and shoot himself. Yea, it takes a busload of faith to get by and everyone I know needs something to keep them grounded and give hope. Especially me because teaching English in the Bronx can’t be the end of the rope. Suffering brings wisdom but only doing it with faith. Learned a lot living and teaching in the South Bronx and I don’t believe in coincidence. Sometimes during lunchtime I walk over to St. Angelina Merici’s on 163rd and Morris. Maybe they need a teacher there. I sure could use a break with a job like that.