Sometimes I cannot write. A lot of people can not write. A lot of people can. More people think that they can. Most people think that they can write and then spew out Christ knows what. I agreed to write this piece four months ago. It was to be one of three connected articles, the two others to be delivered by two other writers. The other two delivered on time.

I dropped the ball, but here we are months later and perhaps this will be filed although somewhat belated. The problem, I am not a journalist. I just know some people who know some people, which on occasion sets me up to be able to deliver some bits and pieces of what might, perhaps, make for an interesting story. A “fixer,” I guess.

Today, I am going to cover an aspect of the sex industry. With luck, not the usual crap.

For the record, the usual crap is as follows: The sex industry is bad; people get tricked into the arena by evil human traffickers and are sold to twisted degenerates. The U.S. State Department released a report which named South Korea as a “source, destination and transit” country for women trafficked for sexual exploitation. 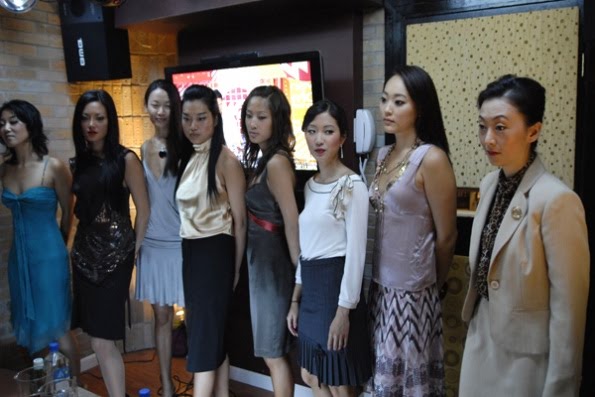 According to the Korean Institute of Criminology 20% of men in their twenties pay for sex at least four times a month. Estimates by the Korean Feminist Association have put the total number of women working in the sex industry at 1.2 million. Really none of this means much. Numbers are numbers.

Whilst this may all be true, it is too simple an angle; if you are not of the opinion that nothing you do will really help or put a stop to anything, you can always try to save the world another day. The only fact in this or any similar area that stands true is kill a weed and another will grow. Cut them all and the roots will move. And so on. Problems are smart like that.

So, I could write this out covering vast amounts of copy with the use of statistics and other such nonsense. For those of you who need that stuff, here is a simple and approximated (it varies district to district) breakdown for Seoul.

Fellatio costs you between ₩40,000 – ₩60,000, nailing a moderately attractive hooker in a shit-hole will cost you ₩100,000; ₩150,000 for the same experience in a hotel room with the ₩50,000 mark-up as “Risk Money” (read: “Gas Money”). This means that if you batter the hell out of the girl or attempt to sodomize her without her consent and you are in a hotel room, she has to lock herself in the bathroom and phone her handler who will in turn call the local enforcer. The local enforcer will then have to drive to your motel to kick the fuck out of you, rather than barge into the room that he would otherwise be stood outside of in the shit-hole that cost you ₩100,000 because you did not want to spend the extra ₩50,000.

Karaoke bars. Not to be confused with Noraebang. Noraebang is where you go when you are drunk and want to sing. Karaoke bars are where you go to sing drunkenly whilst pouring your beer down the front of an attractive woman. That will set you back ₩40,000 – ₩80,000, depending on whether or not you are being ripped off. Anything more and it is up to the girl.

With the top end, the girls are pretty, educated and mostly in it for the BMW after three months work.

They all drive BMWs. Nice ones. It is a well known fact.

These numbers came from a good handful of bar, salon and club owners, local enforcers, girl runners, girls and so on. If you leave Seoul, you can screw a sixteen-year-old in a shed for ₩40,000 but you only have 10 minutes in which to do it.

So that is that crap covered. However, that is not what this is about.

This is about security.

Prostitution in Seoul is different. It is wide spread and peculiarly civilized. The majority of top-end, that is, rich, businessmen in Seoul are more familiar with sex industry culture than in a number of other countries. Sex and power are closely linked in this city. A good example is one particular Embassy in Seoul being located in the same building as a shop that will give you a hand-job to help you relax during your lunch hour.

Sex and power are undisputedly linked everywhere. Counting mistresses would be a hard task in any country. The slight difference though, is that after a hard days work, a lot of other countries do not take the upper management out to do college girls who happen to all be in the same place at the same time and on a salary for just that purpose. Add to this the obliteration of any chance of possible police interference and the almost non-existent private security market and you have an interesting dilemma.

Logically, where there is power there is security. People need to be kept safe. Expensive people all the more so. So here I am, I have eventually arrived at my point.

Elsewhere, with the not so public faces, a more interesting relationship exists.

Where would you take a politician or chairman? Somewhere safe.

How do you know it is safe? Because you know.

Who told you? No one; you do not need to be told, you just know, because that is the nature of the place that you would take a politician or a chairman.

That is how it works. For that to be the case there has to be a good amount of trust. Trust is found in security.

Any Friday night one can look at the characters going in and out of high end room salons.

They arrive in small convoys of freshly-buffed jet black cars. The way the drivers drive gives the game away from the outset. They are security aware. They dart from stops leading to the chosen establishment. They park well. They park strategically. The number of cars often indicates the importance of the passenger(s). The primary passenger leaves the vehicle only after the men in suits with the Motorola radios get out and scan the streets. The venue is entered first and last by the “assistants,” the passenger, calmly somewhere in the middle.  This is all carefully calculated to execution.  These are not people who make mistakes.

This is not the United States. Private security is hard to come by here. There are a few firms, but those working in the field are without question ex-career-military. The firms that do exist are few and far between. To get a job here, on the whole, the candidate needs to have attended a Security Service university course. One central university, Yong In (located south of Seoul), has its Security Service program under the umbrella of the Martial Arts College.  This is no coincidence—there are eight separate martial arts courses required to obtain a degree along with courses on terrorism, criminology, and firearms, to name a few.  Yong In is known to fast track the most successful students to the Blue House Presidential Security Service. Those who were not that good are eligible to work privately for less than a handful of firms that are, at a minimum, connected (to found and operate a firm, police approval and licensing is required).

Powerful people seducing pre-paid college girls in a quiet, trustful and safe environment requires some serious organization— Organization with a

contingency plan should it all go wrong.  The security personnel know the venues, hotels, pick up and drop off points and far more to the point, vice versa applies.

The moral of the story is that a handful of the first class room salons are, in spirit, protected by some of the same people who protect some of the scariest bastards in this country.

A parting thought:  There was a case a year or so back when a good handful of influential gentlemen were caught on house camera repeatedly beating and sexually assaulting a girl. The footage was seized by some rather more shadowy gentlemen whilst in transit from one police station to the other. The tapes were never seen or heard of by a police force again. According to a random man in the street, no security personnel were ever questioned as to the event. Random men in the street often know more than you think.