HomeFrom the SceneDrinking and Groovin’ at Global the Great Gathering 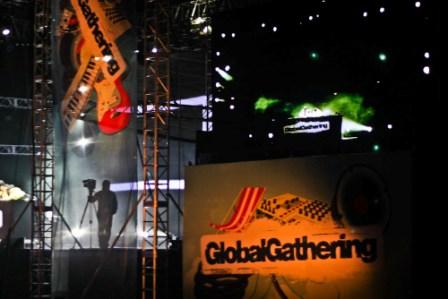 When hearing about Global Gathering Korea, the mental daily countdown began. Then Ahha!! The day had finally arrived, along with perfect blue skies!

So I embarked on my journey to Seoul after a province teachers meeting in Cheongju, which inconveniently fell on one of the most anticipated Saturdays of the summer, not knowing it would take 5 and a half whole hours to get to the actual festival gates.

I arrived at Sangsu to get the shuttle bus kindly provided by GGK to what can only be described as the biggest line I have ever seen. As I walked…. walked… and…. WALKED…down past the line of festival clad Koreans and westerners alike dressed in costume, rock-esque and the standard straw festival hats it became clear that the line wasn’t taking away anyone’s party spirits. So off I went into a nearby trusty Family Mart and grabbed a can of Cass and joined the line. Although by this point my group had got talking to some random people near the front of the line. I casually side stepped in. This was not some secret master plan and I did feel a slight pang of guilt as I squinted to the back of the line at all the other festivalers I just deceived. This feeling was soon a distant memory as I cracked open my Cass. 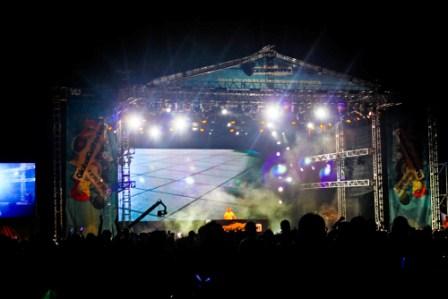 Finally stepping off the shuttle bus at the entrance of Nanji Park, everyone cheered and bounced off. There was a party in my eyes when I saw the various stalls and themed tents and even a big bus with a roof to dance on. There was no limitations on getting your Western fix and the festival had everything from chilli fries, quesadillas to Indian food. As a Westerner in Korea for 18 months, I understand the necessity of these items. As I worked my way around I bagged myself a free goodie bag with Dr Martin socks, badge, lace pin and a glow stick finished of by some very stylish Koreans pouring apple vodka down my throat. Oh Korea, I love you so.

The three big headliners for most were, Fatboy Slim, Justice (DJ Set) Armin Van Buuren, also IDIOTAPE seemed to have a big Korean following. As the electronic dance music from the successful French duo that is Justic kicked in, the tents emptied, Jagers were necked back and there was a stampede towards the stage. As a fellow European, Justice were well

played in my university days and definitely played a set that bought back fond memories with tracks like “We are your friends.” When I asked people I met if they knew them, not all were familiar but it definitely didn’t stop them jumping in amongst the mass of people and singing (or some may say shouting) along.

After Justice the crowd dispersed to urinate and hydrate—hydrating isn’t particularly successful when all you do is choose from the wide selection of booze on offer. The Jager tent was a popular choice and seemed the place to hang out in between sets. Also, back to urinating, the toilets were surprisingly empty and I never once waited more than a few minutes. As a female this made the whole experience rather delightful compared to other festivals. 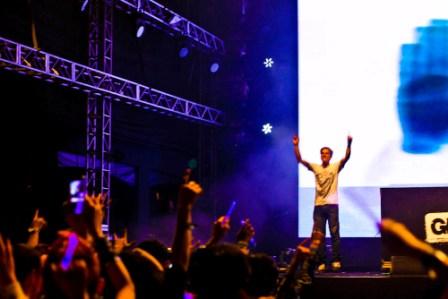 Next up was a fellow Brit Norman Quentin Cook, AKA Fat Boy Slim. I worked my way through the crowd to the front. The tightness of my ribs against the bar and even the smell and feel of sweaty ravers including myself didn’t ruin the amazing vibe. I stayed there and jumped until I couldn’t jump any more. Oh “I praise you” Fat Boy Slim and I thought “I’m so happy to be right here, right now.” Yes, see what I did there…?

By the early hours Armin was playing his set and most of the crowd was still standing. The sun and booze seemed to have got to some people as I stepped over worn out ravers napping amongst the thousands of empty cups. So off I went into the night…………….OR some may say towards the Jager tent. 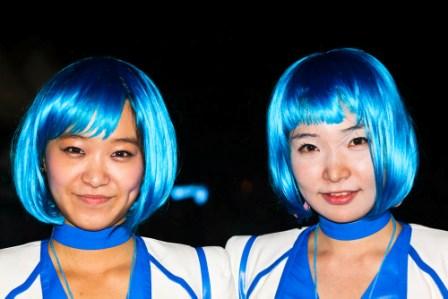 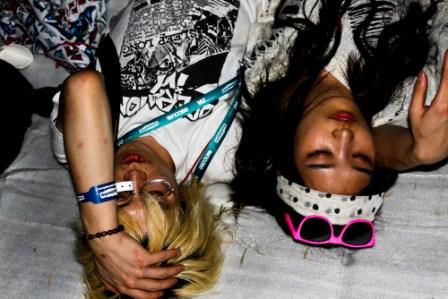 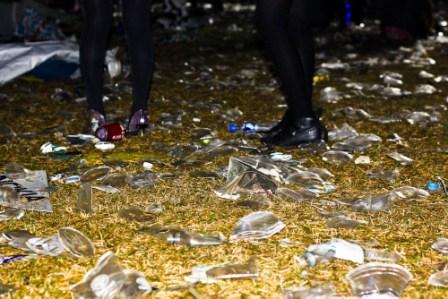 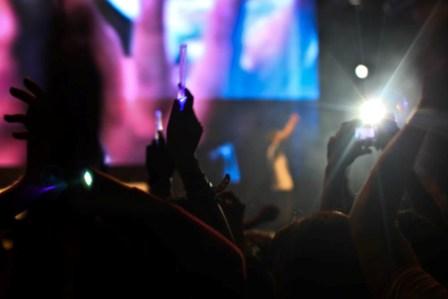