HomeEXPAT LIFEPresence in the Pool: A Canadian Monk Swims in Bangkok 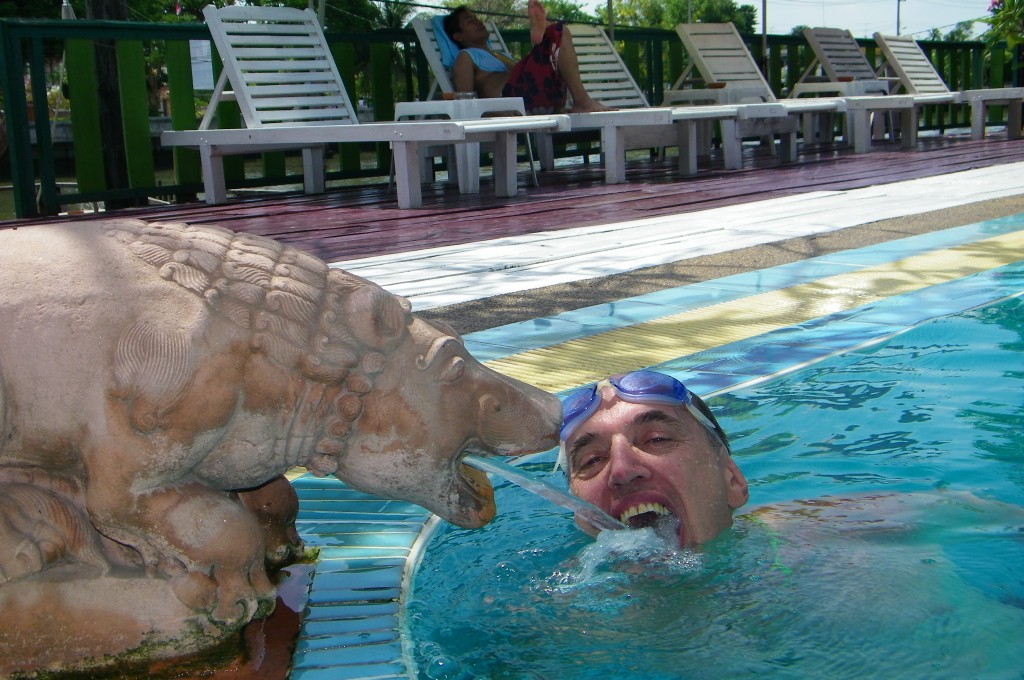 Everywhere in the sauna of Hotel Thong Poon is the sound of water – spurting from gargoyle heads, gushing from high blue pipes into the hot and cold pools, raining in gentle droplets from fountains in the sauna room.

I have always loved water – rivers, lakes, the sea. I love being near the water, in the waster, surrounded by water. I swim like a fish and feel at home in water.

I had been living in the Thong Poon Hotel in room 95/904 for about a month studying for an M.A. degree in Buddhism at Kasicorn University in Bangkok when the presence came.

I wasn’t upset when I began feeling something beside me in the icy water of the cold pool in the sauna. It felt benign, even kindly, floating beside me, translucent and imageless. It was there and yet not there. I felt it but why was it there?

I had made an impulsive decision to come to Bangkok to study Buddhism after three years of working in Seoul, Korea. In Korea I had worked too hard for too long, slept too little, pushed myself too hard and finally became exhausted. I had originally intended to study Buddhism in Myanmar but the military government wouldn’t let me in because I’m a journalist so I ended up at the Hotel Thong Poon.

Asian countries—are in the midst of a heavy debate about rebirth. Buddhists don’t believe in an eternal self or soul. They believe in a rebirth in which life is passed on, like a candle passing its flame to another, as the original disappears.

The Buddha is reported to have said that he saw all his previous lives, something other people—non-Buddhists—have also told me but I have never experienced it. I argued against the whole idea. If it were true, I said, then everybody would be able to see their past lives, and most of us can’t.

I received no reply and the question of rebirth and ancestry has been cycling and recycling in my mind.

In Canada, my home, I had gone several times to native Indian sweat lodges, a kind of sauna in a skin tent with a spiritual purpose. The sweat lodge ceremonies include prayer sessions in which the participants unburden themselves of intimate problems. In those sessions, the natives often call out to “all my relations” but they don’t just mean their aunts and uncles and relatives, they mean all life – animals, insects, reptiles – all 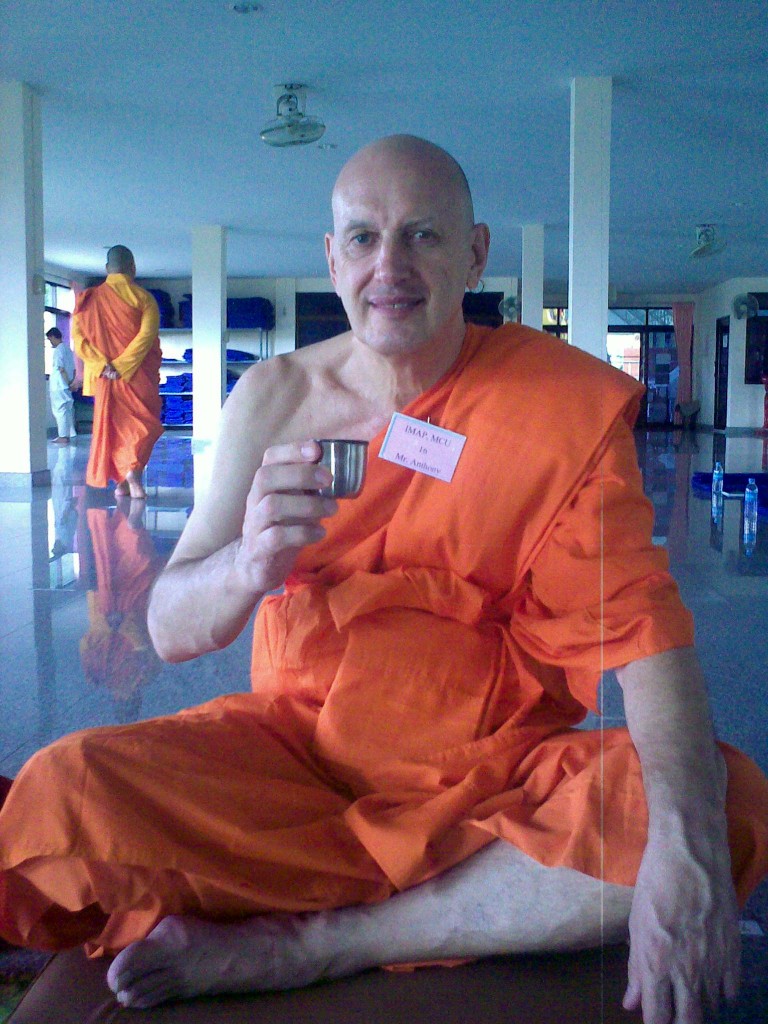 creatures past, present and future.

What is that link?

When you look at nature, red in tooth and claw it’s difficult to believe in the benign oneness of the universe. Why do we persist in believing anyway?

On one of my daily visits to the sauna, as I was getting out of the cold pool to walk to the sauna, I was taken aback by an eerie-looking woman, with white skin glowing like a freshly laundered towel. She was about 35, wearing a long black dress and a low-cut black silk blouse that showed her midriff. Her hair was shiny black. It appeared wet and moving.

I had never seen a woman in the men’s section before and she stood out like a spectra amongst the retired, out-of-shape Thai men who spend their days sprawled on white plastic reclining chairs in front of the TV. I could see her clearly from the cold pool. Her strange black hair flowed over her white shoulders and over her black, sleeveless silk blouse. She had huge liquid brown eyes, a delicate nose, thick pink lips and a slight reddish hue to her cheeks. She did not look Asian. She looked Irish – and reminded me, in fact, of a photograph of my Irish great grandmother.

I have a daily ritual. After swimming and working out in the gym, I go in the steam sauna. Today, as usual, I made it as hot as I could, throwing bowlfuls of water on the two hissing zinc-covered steamers until the sweat was running in rivulets down my body and the tops of my ears were stinging with the heat.

When I couldn’t stand it any longer I jumped into the icy water of the cold pool, holding my breath as I fell over backwards and rolling over on my stomach clutching my legs, and steadying myself on the slightly slimy river rocks embedded in the concrete of the pool’s wall. With my head under the water I could hear the waves, as if in the distance, lapping around my body and a far-off roaring as if a storm were gathering on a distant ocean. Heat gushed from my pores and I stayed there until my tingling skin became numb and quiet.

Beside me the presence was quiet and gentle as a smile. 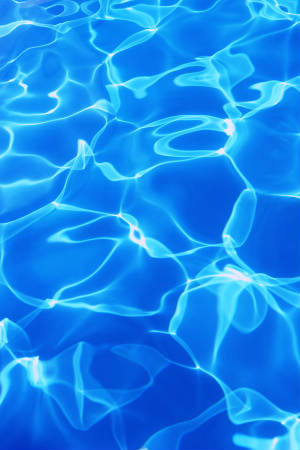 She turned her head as I walked from the cold pool to the sauna and smiled at me. I felt bubbles in my stomach and I couldn’t take my eyes from hers – big hypnotic quiet pools. Her long neck and wet black hair reminded me of a black swan among the sauna smells – sweet body lotion, shampoo, soap and the faint smell of the tea, pineapples and apples that are served to guests.

I repeated my ritual three times. Each time she smiled at me as I passed her on my way to the sauna and I felt peculiar. I began noticing tiny details: the sparkles on her wet hair, the splotchy rusty yellow and orange flagstones with tiny pools of water in the hollows; the gritty feel of the sandstone on the bottoms of my feet.

On my fourth visit to the cold pool I felt as if I were dissolving into a bowl of jelly, and couldn’t tell where my mind and body ended and the water began.

Then she entered the pool behind me. As I turned, I stared into her deep brown eyes. In the moment before my head sank beneath the water I could see and I knew – felt as happy and unconcerned as the translucent presence beside me – saw my previous lives stretching behind me, saw my ancestors and the way their lives intermingled with mine. I saw the great cycle of life and realized we were all connected.

At the sauna I attended in Korea they called me ice man in a friendly, jocular way. They said it was because I was Canadian that I could stand the cold water for so long. I don’t know if that’s true. I just know that I love the water. It holds many secrets and sometimes reveals them.

Tony MacGregor describes his life in Asia as like “wandering without a map.” He spent three happy years in Seoul, mostly editing at the Korea Times and Yonhap before leaving to study Buddhism at Mahachula University in Bangkok. He has spent much of his working life in journalism (columnist, newspaper and magazine editor and reporter, radio reporter, TV host). He retired from a public relations job in Canada about five years ago and began his wandering ways, which he hopes to continue for many years to come.

Korean Food for the Hapless — Chicken Soup for the Presidential Soul