HomeArtSeven Monkey Songs for the Monkey in Everyone

Seven Monkey Songs for the Monkey in Everyone 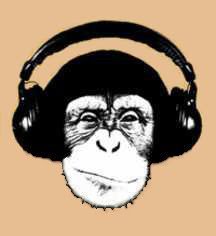 This harmless tune is bright and cheery, yet there’s something disingenuous about the whole thing; after all, the “Monkees” wouldn’t know the first thing about being a monkey. (An aside: learn to spell, you cheeky bastards…) In the end, the song is an inert attempt to emulate the Kinks and the Beatles, back when that was the most lucrative thing to do. It’s not terrible, but this monkey can think of a thousand other songs he’d rather go to heaven or hell for, but alas I digress… For the sons of your father’s monkey, always looking for your mother’s purse.

Ooooo-ooo, ahhh ahhh! An ode to primates and primitivism–without the -ism, of course. A life among the trees has never seemed so tempting… For anyone keen to escape the crushing pain of modern existence.

“I don’t feel safe in this world no more,
I don’t wanna die in a nuclear war,
I wanna sail away to a distant shore,
and make like an ape man”

Traveling Wilburys – Tweeter and the Monkeyman

A whimsical romp, sort of like “Jack of Hearts” (from Blood on the Tracks) meets Miami Vice. Effortless and pleasing to the ear, it proves that even 80’s Bob could fart a song superior to any that Glen Frey ever wrote. For monkeys occasionally overcome by the desire to fling feces at the eagles.

“Tweeter and the monkeyman were hard up for cash,
stayed up last night, dealing cocaine and hash…”

Classic intro–from the spooky opening piano hook, and throbbing sexy monkey bass guitar to where the rhythm jibs in funkily with the guitar, tamborine and, ultimately, drums–from where this song erupts into absolutely filthy riffage, courtesy of K. Richards and Co. This song–like Sticky Finger’s “Can’t you hear me knockin’”– seems to be, at once, a warning and celebration of excess, culminating in Jagger’s shouting of

For any monkey prone to late night transgressions…

Words cannot do this monkey song justice. You must familiarize yourself with the epic, primordial battle between monkey and robot. For political monkeys as well as apolitical monkeys who just like a good fight.

The Zambonis – Hockey Monkey
This song seems like it might belong in a misbegotten Disney film, except it is so cool and fun, you really can’t fuck with it. It’s cute but catchy, too, like a centerfielding monkey. (Sorry for the mixing of monkey metaphors.) Written and performed by the Zambonis, who, unsurprisingly, only wrote songs about the sport of hockey. For fans of hockey and/or monkeys.

The Pixies – Monkey’s gone to heaven
This is a very pleasant song about one monkey’s adventure on the astral plane. A timeless monkey composition! For artful monkeys and rueful monkeys.

“And if the ground’s not cold,
Everything is gonna burn,
We’ll all take turns
(I’ll get mine too)”

Alex Lowry (Like most of the usual suspects in Haebangchon plays a guitar in some band) You can see him at The HBC Fest playing in the afternoon at Le Vert Cafe.