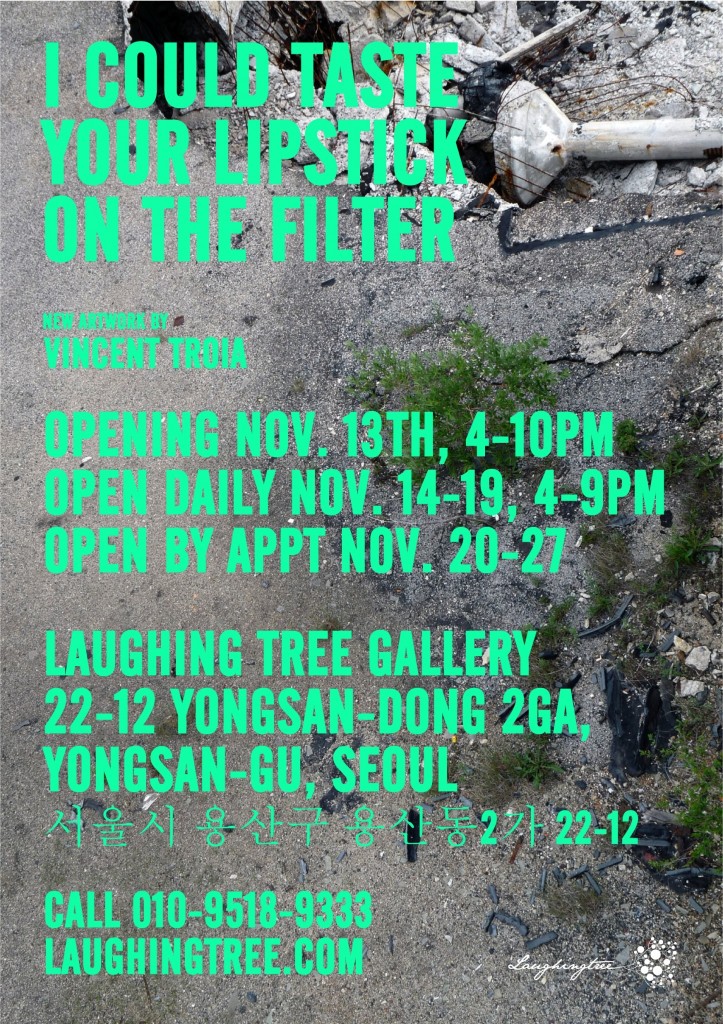 “This is the problem of the artist generally: that he creates his own new meanings and must, in turn, be sustained by them.The dialogue is too inverted to be secure.” – Ernest Becker 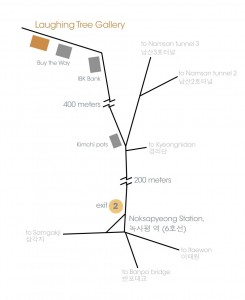 Vincent Troia, a recent addition to the Seoul art scene via Detroit, Michigan, USA, brings with him a unique and thoughtful vision of the world around him. The Becker quote above is in fact a title of a piece from Vincent Troia’s 2010 show at Detroit gallery, Cave. This title is a particularly apt one for two reasons. First, Troia titles many of his works with probing, poignant and often lengthy quotes drawn from his voracious readings.Second, Troia’s mixed media constructions clearly exhibit his own process of meaning-making. In his work he repeatedly reimagines seemingly mundane things into stark, arresting objects which evoke a sense of mystery and meditation.

This show marks the second exhibition at Laughing Tree Gallery, the first fine art gallery in the Haebangchon neighborhood of Seoul. The owners, Adam and Jessica Lofbomm, are currently planning to curate more exhibitions by local and international artists and are accepting applications from artists interested in showing their work at the gallery. Inquiries can be directed to Jessica@LaughingTree.com.

An opening reception will be held on Saturday, November 13th from 4-10pm. The gallery will be open daily from November 14th-20th, 4-9pm, and viewings are available by appointment from November 21st-27th.

The G-20 from Street Level