﻿
Seoul Players will once again be presenting its Winter mainstage production! 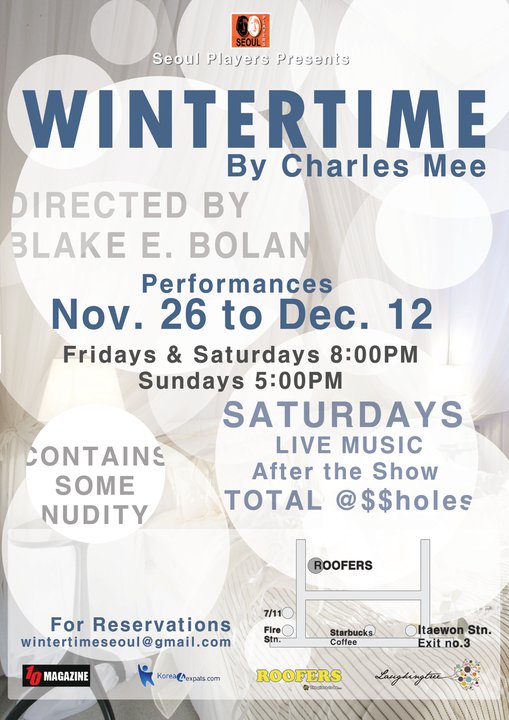 Just in time for this year’s holiday season, you can treat yourself to a romantic comedy set around the New Year. In Wintertime, written by Charles Mee, you’ll meet Ariel and Jonathan, along with Maria, Francois and Frank, and a slew of other fantastically funny characters to discuss love, its expectations and its complications.

Wintertime begins November 26 and will run Fridays, Saturdays and Sundays until December 12, 2010 at Roofers in Itaewon.

**Due to some of the content in the show, we recommend a viewing audience of 15 years of age or older. There will be some nudity during the performance.**

To find Roofers, take exit 3 from Itaewon Station and walk to the end of the block (just past Dunkin Donuts). Turn right and walk 1 block and a half up the hill. On your right, you will see Roofers on the 2nd floor (across from the foreign food market).