Part 2.  So this is Christmas.

AT 6:15 p.m. on Christmas night my recruiter/fixer calls then leaves a message in the voice box: “Where are You?!”

Moments later an e-mail arrives: “Can I interview you tomorrow (December 26)? You never answer my phone call on time.”

I quickly reply that I am continuing this story and want to go back to the Yoido Full Gospel Church on the Sunday after Christmas.  But the fixer calls me again and says, “No, no don’t go.”

He instead wants to meet in Anyang (a city in southern greater Seoul). His motives are obvious to any foreigner who lives here. If I go to Yoido and by chance connect directly with the team that is looking for a foreigner to read the Bible to them, then, I’ll do it for a low “Friendship” fee and he will lose his substantially larger middleman recruiter’s fee. If he can pull me down to Anyang, then we can interview, he says yea or nae and can then introduce me to his church (only then he is assured of his money). And so this is what he really suggests on Christmas with a voice message, then an e-mail and 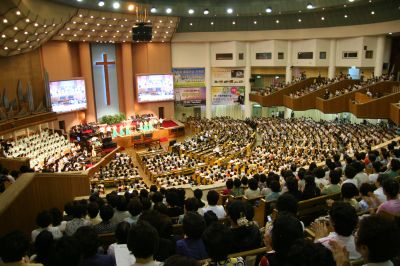 I’ve already decided that I’ll take my chances directly at the Yoido Full Gospel Baptist Church. I have sent a three-question e-mail for Pastor Cho to the contact address I have from my part-time personal fixer and full-time foreigner guide at Yoido Church, BJ Kim. Mr. Kim is in the public-relations office of the church; so if I swirl a few candy-cane questions together about how rewarding must it be hosting such a popular gospel church or what’s the greatest thing you have received from your ministry; I might be able to get a face to face interview with the Pastor, but I can’t risk that quick blow off and so instead of sugarcoated questions from the trough, I go with frothier ones:

2. Are you familiar at all with  Dante’s Inferno and what kind of person have you personally met who might end up in hell?

3. If the phone rang at night and it was Christ calling, what do think he would say to you?

To me, these questions don’t seem in any way scandal laden as all they are meant to do is scrape away the veneer off a wealthy pastor and get at the man’s core of spiritual principals. And many people will say of course the religious game is rigged—get over it. Maybe, but if you don’t at least ask the questions, then how can you ever have played the game?

When I am back inside the Yoido Church, Mr. Kim is diligent in his manner and in the antiseptic church attendant uniform of a white butler’s jacket and black polyester pants. Once again he is accommodating with me and shows how the “Foreigner Zone” is still full up. The church’s alter is unpretentious but also betraying 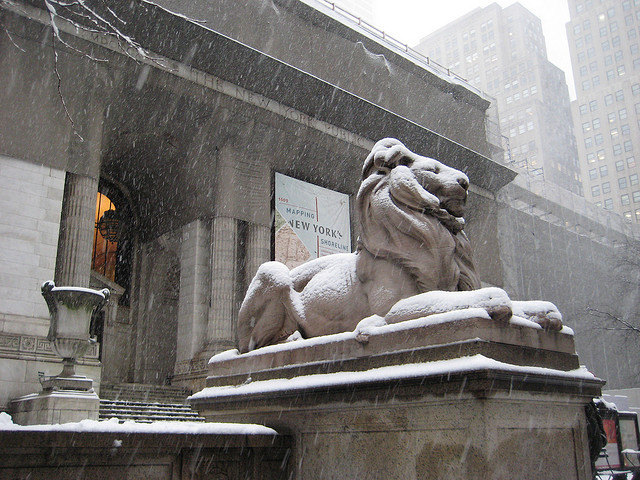 the dread of life uninspired. It is bracketed with two artificial Christmas trees. They are blinking for sure and can’t be real in a place that offers no natural light but I can’t help think of what a stronger “come one or come all” alter could like. Like the entrance of the New York Public Library with the stone Lions in repose but on guard. That just seems more spiritual to me.

Pastor Cho  is anything but panegyric. Maybe in his younger days of spiritual quest things were different. Today he has the lenient voice of a vice principal retiring at a country school. It’s of a persona that softens life’s blows or at least you understand that it wants to soften life’s blows. Many in the world’s largest congregation are hearing and clapping along to mother’s milk preaching either here at Yoido Church or online at its Internet site. Either way in the warm bosom of the crowd this think and grow rich pabulum is digested without a hiccup:

–“Poor Christian is not a good Christian”

–“If you believe in God we can all become millionaires.”

The static charged interpretation coming through the earphones kept breaking up and was like a tug-of-war in my ears. The left earphone would work and then the right one. I kept tapping on the headset to get the broadcast steady and I started to wonder if  all of the believers listening to this in their first language could be so fucking unsophisticated?  This gospel of wealth with cues from the book of  Genesis and underpinnings of protestant work ethic seemed to come from a muse who was about as spiritual as the muse that inspires one to pay the taxi fare with exact change. I stopped tapping on the gargling earphones, closed my eyes, and all I heard had the simplicity of an automaton hearing something about money and then cheering Amen. The preaching did come with many asides about how

“Beautiful women in the Bible are. Even Ruth and Esther were wonderful to look at.”

So now the tautology is complete: physical beauty and money equals righteousness. This is all that is on the Sunday dinner menu, table d’hote. Well perhaps this church really knows its flock: Fairly well-heeled middle-agers yearning to stay physically attractive. In reality, many of the couples in today’s assemblage probably did not marry out of love but still go along with marriage as the ultimate social contract. This for sure is a Korean thing. And all of the references of biblical figures staying physically attractive and sexually viral and productive right through old age… this seemed to be the only non-materialistic sharing that everyone grinned and winked with. 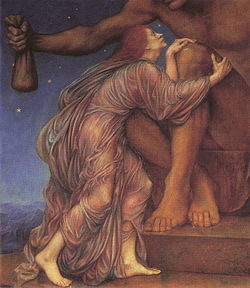 Exactly 70 minutes into the service Pastor Cho stops channeling David Rockefeller and retires gently to the back of the alter and Deacon Park takes over by pulling out and displaying the ubiquitous white envelope of Asia. Any money hand off in this part of the world is cupped in a usually plain white envelope. And they do have a strange charm to them—it’s probably their clean slate of white. One of the good things about being in the foreigner section is that no one hands you a white envelop or expects one to materialize from you, but just in case I keep my earphones on and eyes planted down into the spiral notebook.

After the collection comes a soulless rendition of the Lord’s Prayer which sounded more cheesy and bourgeoisie than any atheist could hope to point out with a smirk, and this is the end of another business as usual Sunday.  As the service abruptly ends and everyone is burrowing out of the megachurch like wombats, I speak with a young couple from Poznan in Western Poland. Poznan is an industrial trade center known for its relative affluence with an unemployment rate of just 2.3 percent and they are holidaying on the Korean tourist circuit because,

“Not so much in Europe and Poland where we come from… Asian life seems very alive. Like dynamic.”

They understood, “About 70%” of the sermon and agreed with everything that was said. There is no sense of fellowship or that you can come to church and meet someone who has a spiritual thirst for something. Mr. Kim, my foreign worship guide,  assures me that is only reserved for the “Singles Service.” What exists is sort of an atmospheric pressure guiding you to get on your way. Get back to your family as quick as possible and 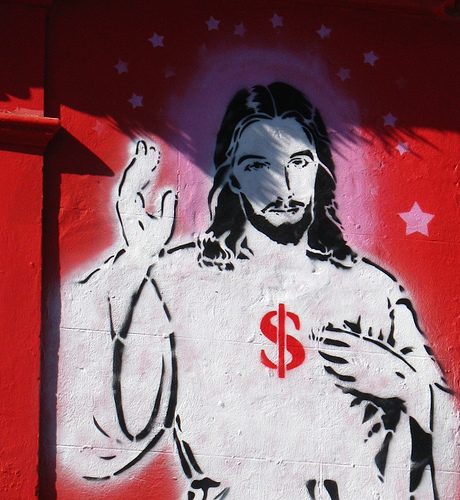 get ready to start working hard on Monday because those envelopes can’t get slim and must keep coming in.

So I guess this means Christmas is officially over. I must feel something genuine about Christmas because I now feel kind of cheated.  Mr. Kim is at my side again with his hand softly guiding me at the elbow to move on, but not before I ask the two if they think that this new Korean dream is very similar to the American dream of growing rich? They both nodded yes at the same time and walked away without a last smile. Not a very uplifting moment.  Perhaps that is the fullest experience that Yoido church offers: come together, praise God, talk wealth. You’ve heard the sermon so why do you have to talk to each other?  I am not sure of that answer but I better go back and check my e-mails and phone messages. I might have something from the recruiter or maybe even from Pastor Cho.

Part 3  “The Single’s Service: Welcome to the Hotel California” coming soon at 3WM.