If you go online, you may be surprised to discover just how many Western women marry foreign men who want them simply for a visa. Who would fall for such a trick? Well, according to the Web, female Americans, middle-aged and desperate enough to believe anything a good-looking, young man might tell her. The fact that he is from a poorer country might ring some alarm bells but not loud enough to stop her from marrying him and believing that he is truly in love with her. Only later will she discover the heart-breaking truth. However, this is only a 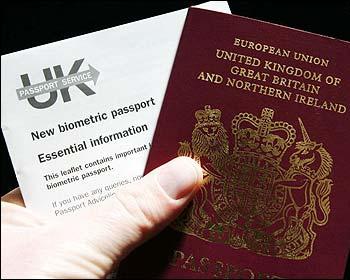 stereotype. In reality, ‘visa hunters,’ as they are called, do not discriminate; they will target anyone. I am a 31-year-old woman from England and, recently, I became the target of a visa hunter here in Korea. My experience has completely opened my eyes to how easy it is to fall into their trap; believing their web of lies and deceit. I wrote this article to make women aware that these men are operating in Korea and to help them avoid what could turn out to be a very dangerous situation.

My experience started on a normal Saturday night in Itaewon, the main foreigner borough in central Seoul. He appeared out of nowhere, sitting across from me at the bar. I noticed that he kept looking around, seemingly waiting for someone, drinking his beer as if he were losing patience. But no one showed up. He was wearing a trendy, black leather jacket and had a black scarf tied securely around his neck as though he’d just arrived or was just about to leave. His whole demeanor was mysterious probably because he was alone in a very conspicuous place looking quite different from everyone else around; he was tanned—South American I thought—and serious looking, with a set of dark brown eyes that looked as though they could bore right into your soul. I thought he was stunning. He’d gaze across at me every now and again and I’d ignore him thinking he must be looking at someone behind me. But then we made eye contact, and there were a few smiles before he finally beckoned me over and without a second thought, I went straight to him like a moth to the flame. (My friends often say that I wear my heart on my sleeve and it’s true—I have a ridiculous belief in love at first sight, despite all the trouble it gets me into).

Up close he was just as stunning and debonair with his styled hair, leather jacket, designer jeans and Puma trainers; he’d certainly made an effort to look good. When he spoke to me, I was surprised by how blunt he was; the first thing he asked was my age quickly followed by whether I had a boyfriend or not. I guessed he’d spent too much time in Korea where these questions are normal when first meeting someone. Still, after hearing his beautiful French accent I soon forgot about his abruptness and we began to chat normally.  While we chatted he told me he was 28 and an electrical en 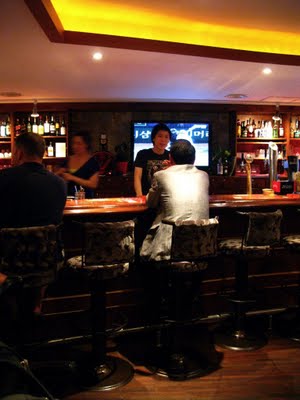 gineer from Morocco. The reason he was in Korea was to start a business exporting cars. Not the usual kind of guy you meet in Itaewon or even in Korea. I was quite impressed and tried probing him for more information but he was reluctant to talk about it. I found out that he’d worked in Dubai, Tunisia and Malaysia, where he’d also tried to start a business but failed. We danced for a while and talked some more and then he told me how comfortable I made him feel and how happy he was around me. That’s also when he mentioned that he was looking to get married and settle down very soon.

At this point, I should perhaps have done a runner. But I didn’t. Whether it was the dark eyes, the alluring French accent, I don’t know. I just know that he intrigued me and his forwardness I found genuinely funny, putting it down to his Arab roots. I did tell him that I wasn’t the marrying kind and even asked him, jokingly, if he wanted a visa to go to England and that if he did, he’d picked the wrong woman. He shrugged it off and assured me that he could go to England whenever he liked because his Uncle worked in London. And then he talked about marriage again, trying to convince me that two months was long enough. I just laughed at him and changed the subject. Yes, he was talking about marriage and I’d known him for approximately two hours but I still didn’t believe he was a ‘visa hunter.’ He didn’t look the type. He was well dressed and polite with an excellent job and he seemed to have enough of his own money not to care about mine. How else could he stay here without a job while looking into starting a business, exporting cars no less? Everything he said seemed feasible to me and not just that, it was the way he said it, so believable, so confident. I had no reason to doubt anything he’d told me so far.

We stayed out the entire night, drinking and talking. He didn’t seem to want to go home, even though he said he lived in a goshiwon nearby. He also insisted on paying for every single one of my drinks. I have no idea how much we drank but it was enough for me to feel guilty for all the money he’d spent on me. The next day we ate brunch, again he paid, and that’s when he told me that he thought he loved me and talked about buying me a diamond ring. Still, I didn’t take him seriously, again putting it down to his overly-passionate Arab blood, coupled with sleep deprivation from the night before. He’s not thinking straight, I told myself. He said it wouldn’t be an engagement ring but a gift. He told me they were cheap in Korea, around $500. He talked a lot about the price of things and how ‘cheap’ they were, giving me the impression that he must be very well off because I didn’t think that was very cheap. When we said goodbye, part of me thought I would never hear from him again but I was wrong. He texted and called me every day for the next week, something that I welcomed because, at the end of the day, I liked him and I enjoyed the attention he was giving me.

Giving Him a Chance

That week, I did some research on Google and found site after site, forum after forum, all screaming at us Western women to stay away from Moroccan men. There were a few good stories intermingled between the bad but a lot were negative stating very clearly that they are after your money and a one-way ticket to a Western land. Armed and equipped with this knowledge, I decided to give him the chance I thought he deserved—I mean, he could have been one of the good guys, right?

We met the following Saturday afternoon, visited an art gallery, went ice skating and then he took me to a Moroccan restaurant. Afterwards we drank wine and bar hopped around Itaewon until the very early hours. Once again, he willingly paid for the admission fees, the food, the drinks, not caring about cost, just whipping out his bank card and that was that. He must have spent well over $300. Whenever I offered to pay he would shake his head at me telling me

no, over and over, as if he were insulted. I stopped feeling guilty in the end, there was no point.

He told me more about his business venture and confessed that exporting cars was proving to be too difficult and so he was going to look into exporting electrical goods instead. I quizzed him endlessly about his education, his life in Morocco and how the hell was he able to stay in Korea without earning a penny? He smiled at me, as if he had a secret, and then told me that money was not a problem for him. He then said that for Christmas he would like to buy me an expensive watch and asked me what my dream car was. When I told him it was a Toyota Yaris, he said that it was a cheap one and that he would buy it for me whenever I wanted. I listened to him amused, not sure whether to believe him, but he really did seem genuine backing up every one of his lines with a story or example.

And then the conversation fell, once again, upon marriage. He didn’t ask me to marry him but he did say that he could see us getting married at some point. I told him what I thought, very bluntly in fact but, surprisingly, he said he liked my view on life and seemed keen to continue our date. He came across as very self-assured and so sorted in his life—he had money, ambition, life experience and I found myself, despite the quickness of it all, thinking that this guy was really quite something. On top of all that, he came across as so loving and sincere to the point that even though we’d known each other a week, I felt like I’d known him for years.

Again, we stayed out until the early hours as he really didn’t want to go home, it’s only later I found out why. We ended up going to a jimjilbang and sleeping there for a while, meeting for lunch in the restaurant around midday. Except for us and a young Arab-looking woman, the place was empty. I noticed her staring at him and I wondered if they were from the same country and if she found him attractive. He didn’t seem to notice and so I ignored it and was about to order when I heard her say something to him, very quietly, in what I presumed to be Arabic. He replied, also in Arabic, and then it turned into a conversation but secretive and seemingly conspiratorial  so that I turned around in the end and glared at them. They both eyed me and then each other and then he said something to her, very calm, very controlled again, in Arabic. She then came up to me and said, ever so calmly, “Don’t you know who I am?”