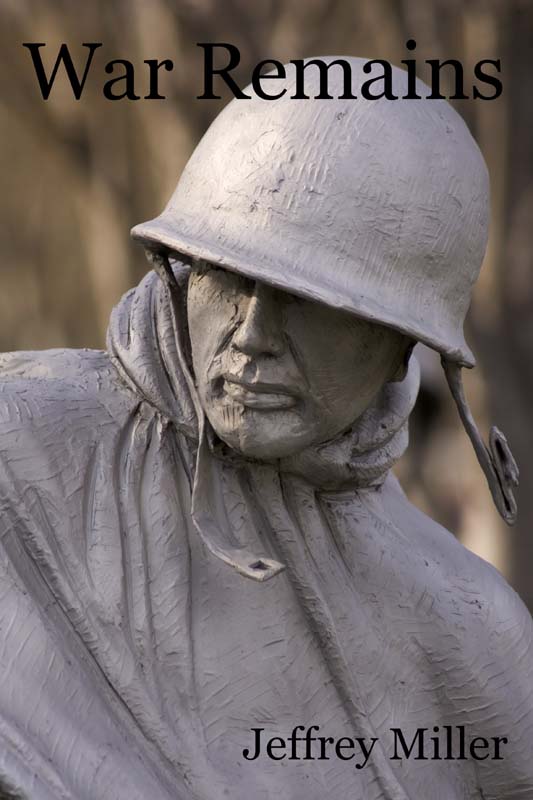 Robert “Bobby” Washkowiak battles his way through the bitter first winter of the Korean War, longing for home, his wife, and newborn son. Fifty years later, his son and grandson come across his wartime letters and together, they try to find out what really happened to him on one of the battlefields of that “forgotten war.”

Why did you write a Korean War novel?

It’s a question I am often asked.

Actually, the book I am working on now, at least a section of Waking up in the Land of the Morning Calm was going to be my debut book, albeit a non-fiction one when I thought about what kind of writing project I could do for the 60th anniversary of the Korean War.

All I know is that I just wanted to do something for the 60th anniversary of the conflict and to honor all those who fought and participated in the war as well as their family members. In a way it was my way of saying “thanks” and honoring all veterans and their families.

3WM will publish a review of “War Remains” during the summer.

If there was one expression that best describes Jeffrey Miller, it would be “the unexamined life” is not worth living” because that is what he has done all his life–examine the world around him as a writer, essayist, journalist, and teacher.

Currently teaching at Woosong University in Daejeon, South Korea, he has also been a feature writer for the Korea Times (2000-2006). It was during this time when he started to “discover” a forgotten war covering numerous Korean War Commemoration events that would be part of the inspiration for his first novel.

He divides his time between Korea and Laos, where his wife Aon and two sons, Bia and Jeremy Aaron live.