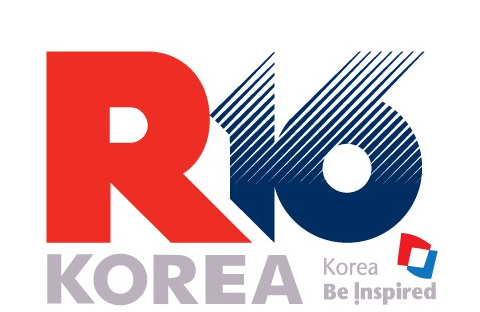 -FOR THE FIRST TIME IN HISTORY, A 40-PIECE SYMPHONY ORCHESTRA WILL PROVIDE THE SOUNDTRACK FOR ONE OF THE BIGGEST B-BOY FESTIVALS IN THE WORLD

-VISITORS WILL EXPERIENCE AN ALL-ASIA GRAFFITI TOURNAMENT, AND AN OPEN-AIR STREET MARKET

Going into its fifth year, R-16 B-Boy World Championship is considered one of the top five most revered b-boy tournaments in the world. Featuring b-boys from different parts of the globe carefully selected through regional preliminaries, and international rankings, it’s a World Cup for b-boys designed to determine the best of the best. 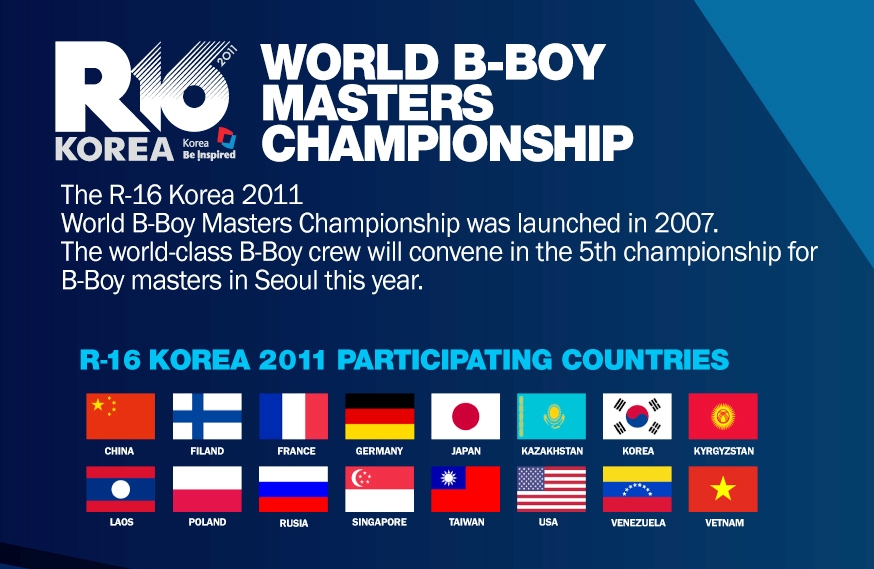 More than 200 b-boys from 16 different nations will participate at this year’s R-16 Korea. Due to the event’s positive feedback from previous years, international preliminaries were held from April 1st to the end of June in nine different countries including Japan, China, Russia, Vietnam and Kazakhstan.

While participants from Korea were determined in a regional competition on June 4th, European and American contestants were invited by their standings in world rankings, and will contend with international preliminary winners to compete in the finals.

The first day (July 2nd) will feature solo competitions of poppers, lockers, and b-boys, along with a guest showcase by former-2PM-leader Jay Park and his b-boy crew Art of Movement.

On the second day (July 3rd) the official b-boy group competitions kick off, followed by a special performance by the official spokesperson of R-16, hip-hop artist Tiger JK, singer/songwriter Yoonmirae, and their project group Sunzoo. 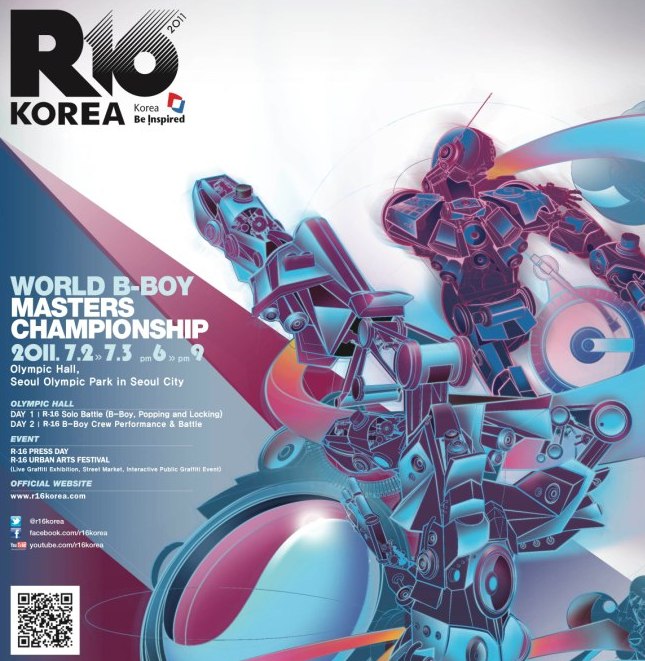 F1 Korea Grand Prix will also participate as a sponsor to promote the upcoming F1 tournament that will commence on October in Yeongam, Jeollanamdo province.  Photo booths featuring F1 racing girls will be on-site, and 40 tickets will be raffled away.

The president of Korea Tourism Organization Lee Cham has stated, “through international preliminaries R-16 Korea is quickly becoming one of the newfound tide of the hallyu wave.  With the support of b-boys from the hip-hop culture, intertwined with Taekwondo, Samulnori, and an orchestra, we will continuously mold R-16 as an influential festival sought after by youths across the world.”

R-16’s Mission: Not only is R-16 held to determine the world champions of b-boying, but it is also designed to develop the potential and creativity of Korean street artists. By using the event as a platform to introduce b-boys and local artists to the world stage, it intends to display the strength of Hallyu and expand the number of foreign tourists visiting Korea. 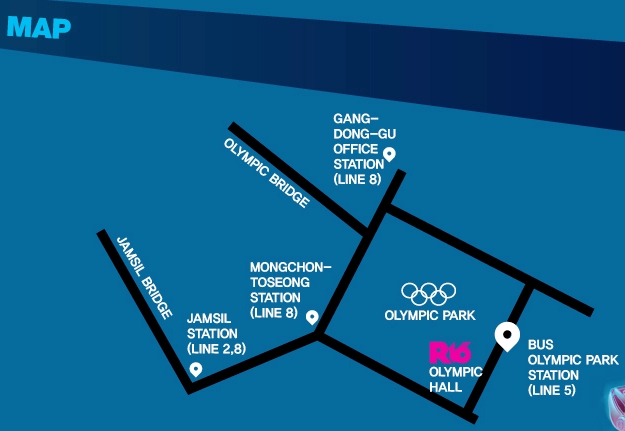 *Additional events will take place around the main stage throughout July 2nd and 3rd from 1 p.m. to 7 p.m.
*The events might chan

Supported By: Ministry of Culture, Sports, and Tourism, Korea Sports Promotion Foundation, and the city of Uijeongbu.