What is it? Well, it’s a club… but different.

The booking club is a mysterious and alluring mistress; a uniquely Korean experience. Just two shots shy of a whore house, lost stumbling somewhere between the front porch and the sidewalk. 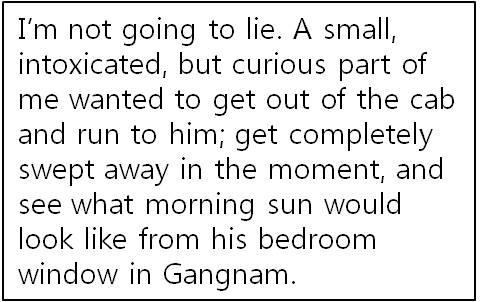 Off the main drag in Ilsan, it felt familiar, all the right ingredients for a typical Saturday night. But the difference first struck me when I realized the spatial quality before me as I passed through the oversized front doors. It was regal. The interior was cosmopolitan: mixed alcohol, deep purple ambiance, shaken steady base, filled to the brim of debauchery. A single warehouse floor patterned in table arrangements: booths of four, six, and ten, at least one hundred of them. So, we sat.

Now, I’m all for dinner theater, but this show was hardly something I could watch while eating spaghetti. Three shirtless men were Backstreet-ing all over the stage. And it wouldn’t have been so distracting except for the water they were pouring on each other. What was this? They weren’t bad either; they could actually sing! And by all accounts I’ve never met a six-pack I didn’t like, so, with a vodka tonic in hand, I relaxed into the precarious insanity surrounding me. But it’s about when the waitress grabs your wrist and twists you out of your seat, leading you through the hue of smoke and twinkle, that you realize: This is not normal. She sat me down at a booth big enough for ten, though the company was two Korean men, and a table full of empty glasses.

The service men and woman at a booking club have two purposes: One, to provide hard necessary refreshment; and two, matching unacquainted males and females in a seemingly arbitrary way, but with a special mystic quality only the elders of such an establishment possess. It seems random to an outsider, but they take their job seriously, staring deep into your face while they pass by your table, judging the hell out of you. And though I can’t say for certain, I’m pretty sure I was the only white girl in that joint, which gave me the edge of exotic. 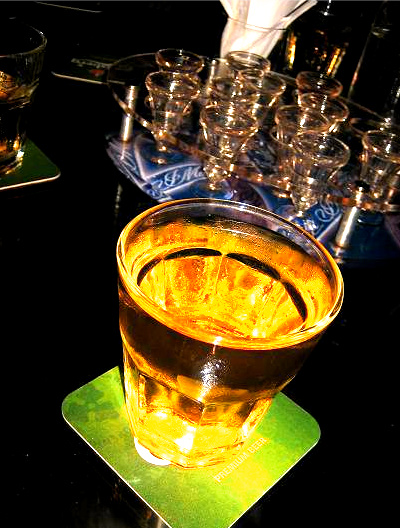 I was offered a drink by one of the men sitting at the table. At this point I had two options. I could refuse it, walk back to my table discreetly, pretend that it never happened, and wait for the next match-up; or, I could accept the drink and dive head first into the unknown. I chose the latter.

He was handsome, and sitting at the head of a nearly empty table he had the air of confidence that drives woman crazy on any continent. It was immediately clear that he and I were not going to exchange the kind of conversation one might expect when meeting someone for the first time. But as he grabbed my hand and headed for the electric dance floor, I realized, I didn’t care. His smile was immature but honest, so I followed, and we danced.

We leaned close together, taking turns talking into each other’s ear, while slow music drew us closer. I looked over his shoulder and realized the floor had cleared. And feeling incredibly self-conscious I pulled at him to step aside. But he resisted and spun like a pro, boldly staking his ground. Who was this guy?

The various stage productions throughout the evening had about as much continuity as a variety bit show off the strip in Vegas. Now featuring a striptease; beautiful Korean woman danced to music I couldn’t understand. Though it begged to be answered, I no longer felt the need to ask: what the hell is going on? I knew somewhere between the shot glasses lined up on the table, the dance floor now packed with people, and the exposed buttocks gyrating on stage, that this was something I would remember for the rest of my life.

Similarly, the look on my company’s face as he walked me to my cab was also something I soon would not forget. His arms crossed in reproach, confusion, and something else I couldn’t quite make out in-between the proverbial booking code; or at least, I pretended not to. Because I assumed the end result of being booked was somewhere between a whore house and this guys apartment.

There exists a silent set of rules to a booking club experience. For one, foreigners are not always welcomed, and you won’t find the clubs regularly 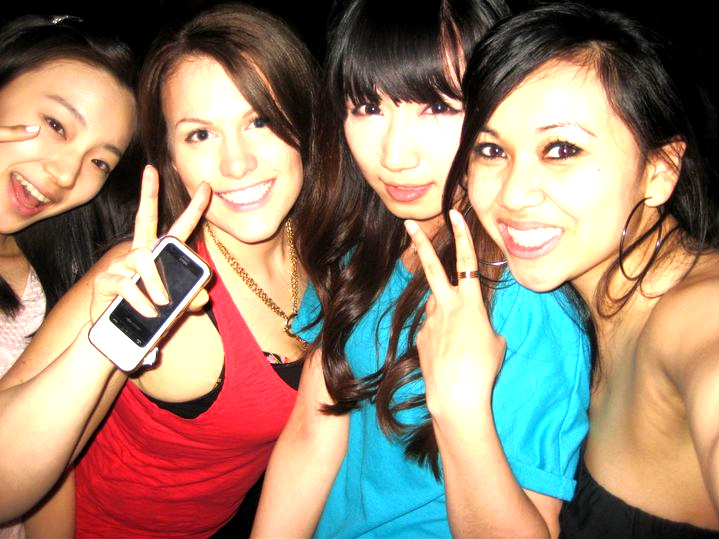 attended by the like. This evening I was fortunate to accompany a group of attractive Korean females, which pretty much allowed my full access. I would recommend this strategy. The booking club is not the place to test out what you learned in that Korean phrase book you bought at the airport.

Second, tip your waiter. The more money you flash, the more likely you are to meet good looking women or wealthy men. And finally, if a guy spends all night buying you expensive imported scotch, you better be ready to get down.

I’m not going to lie. A small, intoxicated, but curious part of me wanted to get out of the cab and run to him; get completely swept away in the moment, and see what morning sun would look like from his bedroom window in Gangnam. But I’ve never been good at that kind of a thing. I could already hear how awkward that conversation would sound in Konglish. So, I did what any prude would do, I gave him my phone number, locked face for a few seconds, and told him to call me.

Booking clubs make a lot of sense. For people who otherwise might feel intimidated by introductions, this cuts that time in half. Because not only are introductions instigated by someone else, as long as the drinks are getting poured, you don’t even have to talk!

Inside the booking club my host appeared to be made of masculine clichés. 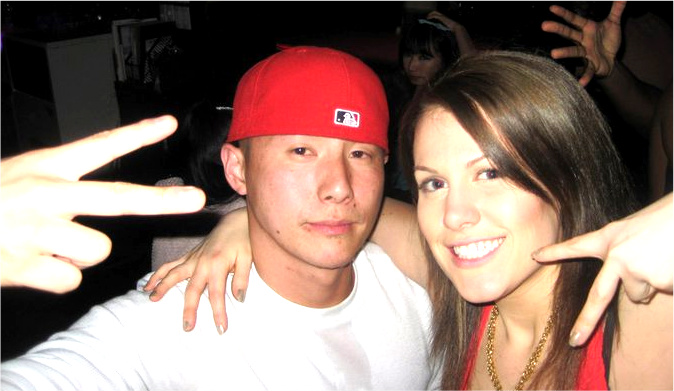 But while I was riding home in the back of the cab, my phone exploded. He called me. I answered. We laughed and chatted. I said goodnight. He called again. I answered. And again, in bits and pieces, we talked about how much fun we had had. I walked down the long corridor to my apartment. He called. And at 5:00 a.m. and almost sober, I realized, my confident Korean Romeo was lost, an illusion amidst the smoke and twinkle; somewhere between the booking club and my imagination.

W.M. Butler came to Korea a year ago after graduating from California State University, San Marcos. She is currently teaching literature and novel studies at Korea Poly Middle School, Ilsan, where she finds most of her inspiration to write her blog. She is planning to continue traveling this summer in Vietnam, and later in the fall to parts of the Mediterranean.

It Takes a Village? A Quest for the Forgotten Korean Muslim Colony