HomeEXPAT LIFE3WM will be at the Appeals hearing of U.S. Private Andre Fisher on August 9, 11:10 am at Seoul High Court Room 404.

By Aneika  A. McDonald with 3WM

Editor’s Note: 3wm is working to get a straight question and response interview with the parents of  Andre Fisher. We will be updating the status of Andre Fisher as events warrant. Mr Fisher is currently incarcerated. 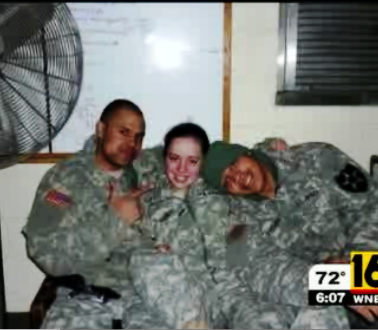 U.S. Army Private First Class Andre Fisher, 22, will stand in a Korean appeals court on August 9, 2011 in an attempt to overturn a two year conviction, based on grainy video evidence in which the perpetrator’s face was not visible.

After a night out partying, Fisher was accused by a taxi driver of stealing $88 from his taxi. Having denied even entering the cab, Fisher emptied his pockets which contained $14. Fisher was taken into custody by Korean police, and subsequently stood trial in which the prosecutor’s solitary evidence was a grainy surveillance video of a man wearing a hood with his face obscured. Fisher was sentenced to a 2 year prison term and awaits his pending appeals hearing.

According to Fisher’s family, Fisher’s Camp Casey military commanders have been unresponsive to their inquiries, and the U.S. Embassy admits no knowledge of the case.

Local expats have expressed outrage at the questionable conviction, shedding light on the undercurrents of racial prejudice within Korean society.  “I think many people in the expat community will agree that in the case of ‘he-said, she-said’ situations, the Korean authorities are pretty much always going to side with the Korean,” says one expat from Atlanta.

For coverage from MADAME NOIRE

For an article on the  parents who adopted Andre Fisher

From a string of emails between 3WM and Jill Fisher, the sister of accused U.S. Private First Class Andre Fisher:

Editor’s Note. 3WM has confirmed and will accept the request from Andre Fisher’s sister that the previously published email between her and 3wm be removed from the story. The gist of the email is that:

–Andre Fisher’s family is doing everything they can to secure a fair second  trial– as of now scheduled for August  9.

–That the American military  and diplomatic powers that be stand up for the due process that Andre Fisher is in need of.

–That the Cultural differences between South Korea and the U.S., i.e.,  Andre Fisher being a black man adopted by white parents, not be used against him in the courts nor in his everyday treatment in prison. 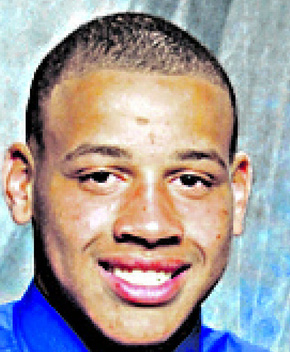 This is the rough draft of the petition being prepared for advocacy in the case of Private First Class Andre Fisher. The final petition will be ready soon. Check for current info and what you can do:  Bring PFC Andre Fisher home!!!

When an individual joins the U.S. military, they do so out of love for their country, and a commitment to defending the ideals that have made this country great: liberty, equal opportunity, and justice. Our soldiers are fully aware of the risks of enlistment. They are aware that they could be sent off to war at moment’s notice and that they could lose their lives, limbs, and psychological well being as a result. They are aware of the fear and anxiety their parents, spouses, children, and friends feel at the prospect of them returning home in a casket. Despite these risks and concerns, our service men and women enlist anyway; with the faith that the military will act in the best interests of the country, and its soldiers.

Unfortunately, this faith has been dashed for many of your constituents who learned of the incarceration of Andre Fisher, a 22-year-old Private First Class, in a South Korean prison. According to news reports on MSNBC and local newspapers from around the country, a cab driver accused Fisher of stealing $88 from his car. Fisher denied having even entered the cab and even emptied his pockets containing $14. Subsequently, Fisher was taken into custody by Korean police, and a trial ensued in which the prosecutor’s only evidence was a grainy surveillance video of a man wearing a hood in which his face was not visible. Based on the video evidence in which the accuser’s face was not visible, Fisher was sentenced to 2 years imprisonment in a South Korean prison for the theft of $88. Additionally, according to Fisher’s parents in the news reports, military commanders have been unresponsive to their requests for information on exactly what took place, how the legal process was handled, and why Fisher was handed over to the Korean authorities in the manner that he was

We are not writing to argue for or against Mr. Fisher’s innocence; that cannot be determined from the information available to the public. Nor are we writing to argue the egregious abuse of power the Korean legal system has demonstrated with such a lengthy sentence in a case involving such a meager amount of money. Instead, we are writing you 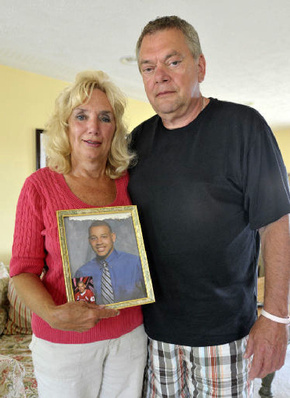 because we believe our military service men and women deserve better treatment from the military than Mr. Fisher has received; and are petitioning you to intervene on Mr. Fisher’s behalf by investigating whether or not the military played its role in ensuring Mr. Fisher received proper legal support and counsel.  We also ask you to exert your influence in ensuring the Korean government granted Mr. Fisher a fair and impartial trial. We encourage you to consider and investigate the following:

1.  As many American expatriates, particularly African-American expatriates, in South Korea will confirm, in the case of “he said- she said” scenarios, the Korean authorities will ofter side with their countrymen.  According to Mr. Fisher’s parents, Mr. Fisher never entered the accuser’s taxi.  However, he was taken into custody based on the fact that the taxi driver pointed him out as the thief and despite the fact that he emptied his pockets possessing only $14.

2.  The Korean justice system has a conviction rate of 99% which could be the consequence of several elements within their legal system, particularly loose evidence standards as apparent in the case of Mr. Fisher’s trial. According to Mr. Fisher’s parents, the only evidence submitted in the trial was a grainy surveillance video of a male wearing a hood. Again, the man’s face was not visible in the video, according to news reports.

3.  What has the military done on Mr. Fisher’s behalf to ensure that he received a fair trial?

We call on you, (CONTACT) to intervene on Mr. Fisher’s behalf in ensuring that due-process takes course and that Mr. Fisher receives a fair trial. It is a sad day when doubt of whether our military will defend and protect our warriors in these types of situations are allowed to take root; on foreign soil of all places.

Thank you for your attention.