Editor’s Note: In the past 4 weeks 3WM has received several complaints about the travel agency Zenith Travel/Tours. They were situated in the popular foreigner-zone Itaewon, and it has been conveyed to us that Zenith is now being clocked by Itaewon’s Special Investigation branch, also that is now running out of Gangnam (Gangnam St. exit 6). We will look to confirm all this by the end of the week. As of now Zenith is in business and 3WM warns readers to book with them at your own risk. If you have had professional discrepancies with Zenith, you can contact us at 3wmseoul@gmail.com and we will put you in contact with those involved with the investigation. The below letter was sent to us last week and the customer asked to remain anonymous for obvious reasons.

Have you heard anything about  Zenith Travel a.k.a Zenith Tours? If you look thru Korean expat blogs  you can easily find complaints dating as far back as 2005. The Korea Times and the Korea Herald frequently ran their little ad (in their travel sections), much like other travel agencies claiming cheap air fares.

Back in March of this year, I called them and requested a reservation to the US. The person running the show, a Mr. Kang Wystan…sent me an email with a suitable schedule and a price of 1,649,000 won…not exactly the cheapest but given the times we are in, it was OK. I sent an email back and said I would like to make the reservation…he responded by saying that I had to pay the amount that day by 5pm to keep the reservation. He sent me his bank info and I went to the bank and transferred the money, before 5 and called him to let him know I sent it. All seemed ok until I didnt get any confirmation email. I didnt give it much thought, my bad, the warining bells should have gone off. I sent him several emails and phone calls, until over a week later he sent me a confirmation of the itinerary and a confirmation number. 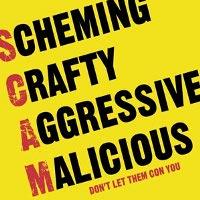 The reservation was for June 18, around June 11 I went online with the airline (Delta) to make my seat selection. Surprise! no reservation. I called the Delta help line, answered in Singapore, and was told that initially, Kang had made two reservations in my name for the same flight. Delta policy is that when that happens, they cancel one of the reservations. Then, Delta told me that Kang cancelled the other reservation. I called and sent him an email and he responded that he would look into it. Meanwhile, the clock and calendar are ticking and I have no ticket for a long planned trip. After what seemed like years but was two days, Kang emailed me that he couldn’t get me a ticket and would have to give me a full refund. He asked me to send him my bank account info….which I did. I told him that I would like him to send me the money by noon the next day as I needed it to make another ticket, which by that point in time was a lot higher than the March price.

The next morning I got an email from Kang telling me he sent me 1 million won only, that he had some money problems and he would send me the rest when he could. I think you can guess the rest of the story…no further money is forthcoming, he never answers his phone anymore, and he doesnt respond to my emails.

His website is still up and running, but I haven’t seen his ads in the Times or Herald since I got back from my two month trip abroad.
When I called his number, a person answered his phone who works in the same office but supposedly does not work for Zenith. He said another foreigner was sitting in the office waiting for Kang…I asked does he have an appointment? and he didnt…so Kang never showed up. But I did get on the phone with that person and was told he lost 5 million won for what was supposed to be a honeymoon trip. This person told me that his Korean wife learned that if we were to file a complaint, it would have to be with the Gangdong police station, near Gangnam.

Last Friday I went to that police station and was told that they wouldnt do anything about it, that I should work this out face to face with Kang…..they were unconcerned that Kang is not going to make himself available for a face to face meeting.

So on Monday Sept. 5,  I went to the Seoul Global Center near City Hall. They have a legal counsel on MWF from 2-4pm. The counselor looked at my email trail and my bank receipts and said in his judgement that it looked like a case of fraud. He also said that the police inaction was probably due to the relatively low amount of money involved. In my case, its only 649,000 won– about 600 dollars. As you can understand, I don’t want to risk my current job over this amount of money either, so I sincerely hope that if you publicize this story you protect my identity.

The counselor advised me to try to find others who had a similar experience with Kang and Zenith and if enough people were to put their claims together, then the fiscal amount would be large enough for the police to have to respond to, or at worst, we could collectively make a civil suit against Kang.

OK, I sent Kang another email asking him to make some payment or contact with me by this Friday or I would be forced to take action. I am waiting until Friday, Sept 9 for his response.  Can 3WM at least ask its readership/network if there are any other victims of  Zenith Travel? How many times have you heard this statement… its not about the money, it’s the principle.

Editor’s Note: As of  Sunday Sept 11 Zenith Travel has not contacted several of its customers who are missing owed-funds that were promised to be deposited into their accounts by Kang Wystan