Photos and write-up by Kyle McGregor 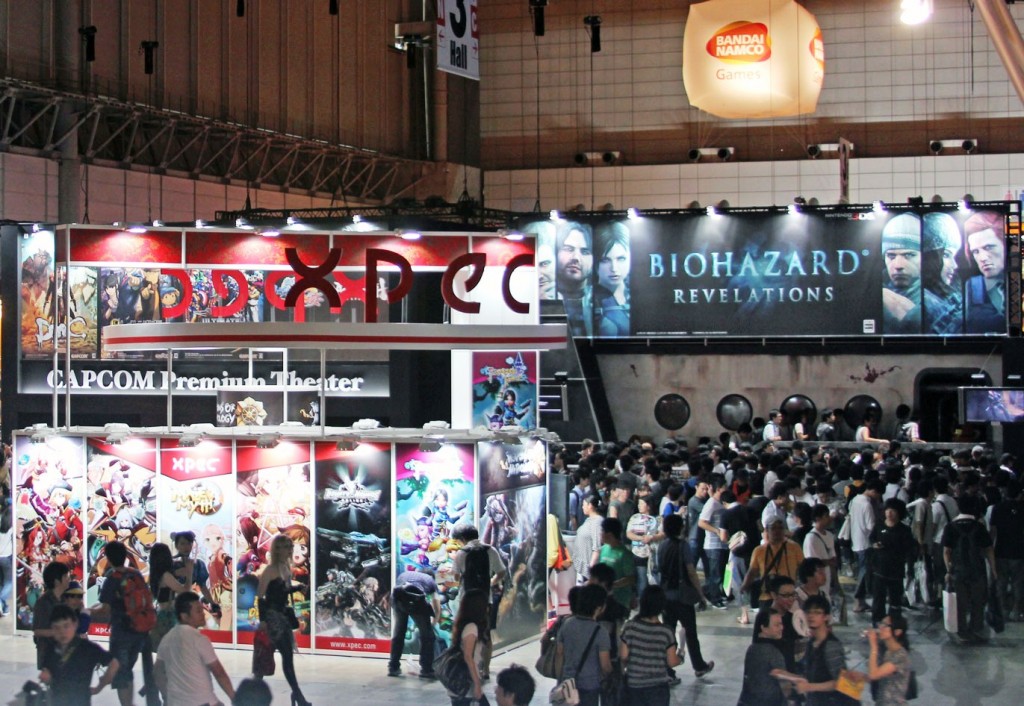 There are those who mark fashion events on their calendars, and those who circle electronic gaming shows. I am of the geeky latter and I mark my calendar in January (or sooner). Game shows are jokingly called Peter Pan zones: places where adults can be children again.  So with a bit of giddy excitement and my camera, I headed for the Tokyo Game Show on September 17 and 18.

On the circuit, the Tokyo Game Show stands out, mixing hardware such as Alienware computers, Konami games and Japanese Cosplay under three football sized stadium roofs. Here the games are plentiful, as are the line ups, think the Seoul green line during rush hour, but, if you are willing to 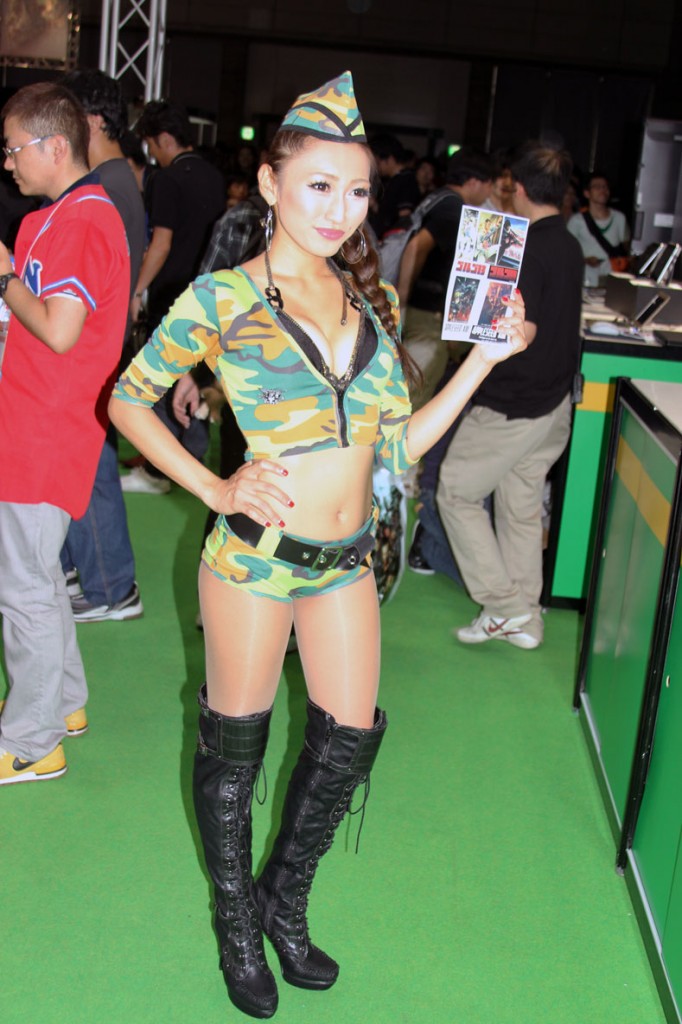 wait, you will have the chance to play such games as Kinect’s Michael Jackson and join the long cues for: The Magic Gathering –coming in 2012. Waiting is a common theme at these shows to see what will be available three-six-nine months from now.

With intense interest, I wandered around the plethora of booths where comparisons are made between Tokyo Game Show and Korea’s GStar electronic game show in Busan. TGS is loud, proud and large, it attracts the major players, but is in ways impersonal—the signs that say don’t take pictures and the visible police presence at hot spots take away from the friendliness.

GStar, is a smaller show and much more intimate. The games are more accessible, the policing is surprisingly more discreet and the sense of fun is more palpable amongst the visitors. There are of course the cultural differences to be seen as the Japanese love to costume play whereas the Koreans at GStar are always more keen on locking into the games themselves and letting the on-screen action begin.

At the TGS, Costume Play (Cosplay) is at its best. The quality of the anime or game inspired costumes assembled ranges from skilled amateur to professional. Nothing to be seen here was to the inexperienced a disappointment; Stiletta in her black catsuit was sufficiently alluring, yet dangerous at the same time. The Pepsi Nex model was nicely hot and futuristic, as well as worthy of a spot on a Japanese cosplay magazine cover. Here were the highlights of the show by way of costumes, the booth models though attractive were mostly not wearing stand out costumes.

No sign of any female English teachers from Japan or Korea taking a vacation to play female warriors, just great fun for boys and lovely Japanese maidens as signposts for male fantasy. European models were sometimes previously invited to add flair and international sex appeal to the show, but, this year TGS was a mainly Japanese affair. Some of the event organizers explained to me that with the downward world economy it wasn’t the brightest idea to bring in “foreign models”.

In this sea of Japanese faces, Sarah, Spanish-Japanese, thankfully stood out, an angel from Moonga, an online card game. We geeks all have our favorites, mine is basic good game play and that’s what I found with Moonga amidst all the crowds, the noise and the dark halls. Maybe you’re the same? Or maybe your tastes heat up with anticipation to accept the ultra-violent frag fests?

Leaving the TGS tired, happy and relieved of excess testosterone, I thought of my next gaming fix back in Korea at Busan’s G-Star, November 10-13 at Bexco near the Centum City subway stop.  If you want to check out the newest in gaming along with some girls in fantastical garb, Busan is the place in November.