HomeEXPAT LIFEWho Asked You? Unwanted Advice from Strangers in Korea

Today I had an English epiphany brought about by a helpful Korean person. God I love it when Koreans are around to help me with my English. I feel like such a baby, and sometimes I just need to be spoon-fed when it comes to my native language. Thank god for helpful, caring Koreans with their infinite knowledge of English grammar. Without such people I’d surely be lost.

This whole time I’ve been using the word “expect” mostly to reflect a predicted outcome or future action that is likely to occur. Thank god a Korean person finally corrected me. Turns out “expect” actually means “excited about” Turns out it should be used like this: “I’m really expecting my trip to the Philippines” I mean, who knew? I feel like such a dunce but at least I had a knowledgeable and generous Korean person around to throw me the proverbial life preserver before I drowned in an ocean of English alphabet soup.

This evening I told my wife “Hey, I’m expecting my motherfucking dinner”, and then she cried. I had to explain that “expecting” meant “excited about“. I’d had it mixed up this whole time. Sometimes English mistakes lead to tears. Thank god a Korean was there today to lecture me about English grammar without even trying to charge me. Without helpful, English-literate, English-fluent Koreans all around me I’d be like a toddler in a store full of kitchen knives. 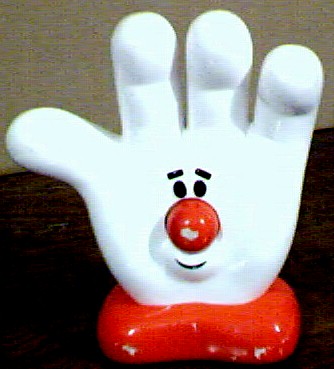 I also had a grown Korean male once explain to me that the word “ever” should be used when describing a past action performed by the speaker. For example “I’ve ever been to Seoul” You could have knocked me over with a feather, dude! 29 years of English learning and listening and practice; and all this time not a single native speaker bothered to correct my usage of the word ‘ever’. I’ve been away from my home country for too long. Every day a small part of my internally stored lingual culture dies. Over the past several years my very core and identity have slowly been whittled away. I am no longer American. I am no longer a native speaker of my native language. I now have non-native speakers correcting my poor English. I communicate with my wife in a mixture of Korean, grunting, clicking and hand gestures.

When I make mistakes regarding Korean culture or Korean history, it is usually another (creepy, weird, strange, socially challenged, living-in-a-basement playing Starcraft while wearing a hanbok) long-term expat who jumps in to correct me. Bless these members of the thought/culture/grammar police and their endless hours of free time. When it comes to English mistakes, I can count on the very same demographic to assist me, PLUS I have the added bonus of helpful Koreans all around me to rescue me from my own poor English. With all of these helpful guides and tutors, how can a foreigner possibly go wrong in Korea? God damn I love this country.

And who are these sorry, under-sexed, grammatical swinging dicks of the Korean Expat Blogosphere anyway? These motherfuckers are probably living in rotted out filthy dive apartments near whatever Korean university they are serving out their plastic professorship at, or studying for their Master’s Degree in Korean Post-Communist Neo-Stalinistic Can Collecting Ajumma Sub-cultures of Eastern Chungcheong Province. During their free time they probably have conversations like:

Goguryeo25: Hey man, you know that loser over at expatHELL? Man, today I showed him who’s who in Korea.

Goguryeo25: Well, he totally wrote up this stupid piece about sexual harassment that was filled with run-on sentences and improper usages of possessive apostrophes.

Hanjamaster256: Stupid nOObs, if they don’t like Korea, they should just leave.

Goguryeo25: Yeah man. So you know what I did, man? I went right on over there and posted in the comments section, pointing out all of his spelling and grammar aberrations. I mean, who makes spelling and grammar mistakes in their own native language? I totally ripped him a new one man. He must feel incredibly stupid now.

Hanjamaster256: lolz man! BTW, I’m photoshopping this poster of Hitler with a ball-ga

g, pink finger nails and high heels. I’m going to blow it up really big and hang it in my room next to my Hyun-bin poster. Oh shit, hold on, my Korean host mother is knocking on the door…..

The Korean Ministry of Tourism has a new mantra: No Foreigner Left Behind. Welcome to Korea, You’re in Good Hands Now. Check your educational baggage and world experiences at the door and let us be your guides. We have white male expat geniuses with bitch-tits and MBAs in Korean culture. We have mail order brides from over 56 different countries on hand at all times to correct your Korean pronunciation and grammar. When they aren’t busy restoring 한옥 or writing classical Korean poetry, our crack legion of bitch-tit clad white male expat geniuses will be available online to correct any mistakes you make in either English or Korean. All bases are covered; we’ve got your back.

The Expat has been in Korea for eight years.  He is married to a Korean woman and has no children.  He used to teach English but now works outside the ESL industry.  The Expat likes to bitch and moan about day to day life in Korea.  Most of his writings consist of commentaries on life in Korea and being married to a Korean person.  The Expat is famous for writing 3000 word posts about various aspects of life as a foreigner in Korea. Read more at expathell.com

How Often Do You Check Your Appearance?