Editor’s Note: 3WM is pleased to continue its work with Gabriel Sylvian regarding the LGBT issue in Korea, especially as it is represented through writing by those whom have also been maligned or misrepresented for their presentation of the subject.

Amidst rigid familism, strict gender roles and moral orthodoxy often equated with national identity and “national sentiment,” LGBT life remains hidden from public view in Korea. Until very recently, to be full citizens in society men and women were expected to marry and have children to carry on the family line. In a gender system adhering to the dictum that “good ceremonies make good people,” gender and sexuality are policed through marriage, at least superficially, into prescribed gender and sexual roles determined by biological sex. Of course, the rigidity of compulsory ceremonial heterosexuality does not make for happy arrangements in the emotional lives of gay men and women and their spouses. One elderly Korean interviewee told me, for example, that in decades of marriage to his wife, he had sexual relations with her on three occasions, each conjugal union producing one offspring. While representing an extreme example, such testimony points to another imbalance. While Korean gay males have enjoyed the freedom of sexual release through furtive meetings at gay saunas and bars on the weekends, the muted sufferings of the women who married them go unspoken.

Indeed, the woman’s perspective has largely been marginalized within the Korean LGBT movement itself. Since the movement’s public emergence in the mid-1990s as gays and lesbians began organizing for political action, the media has given most focus to gay male issues and discourses. The movement, which continued actively in the public realm until 2000 when a gay Korean actor and host of a children’s show (think Pee Wee Herman) came out suddenly, encountered harsh media backlash and gay life lost much of its publicity, thereafter mostly contained within internet cyberspace and underground commercial sex venues, where it has smouldered ever since. But even as visible LGBT protests and print media production waned compared to the 1990s, male homosexuality has become increasingly visible in Korean films and dramas, with a few important exceptions like the recent lesbian drama “Daughters of Club Bilitis” (KBS, 2011). This birth into entertainment media suggests that LGBT claims for “sexual citizenship” in Korean society are slowly finding realization within the neoliberal capitalist system, but with continued emphasis on male perspectives and experiences. 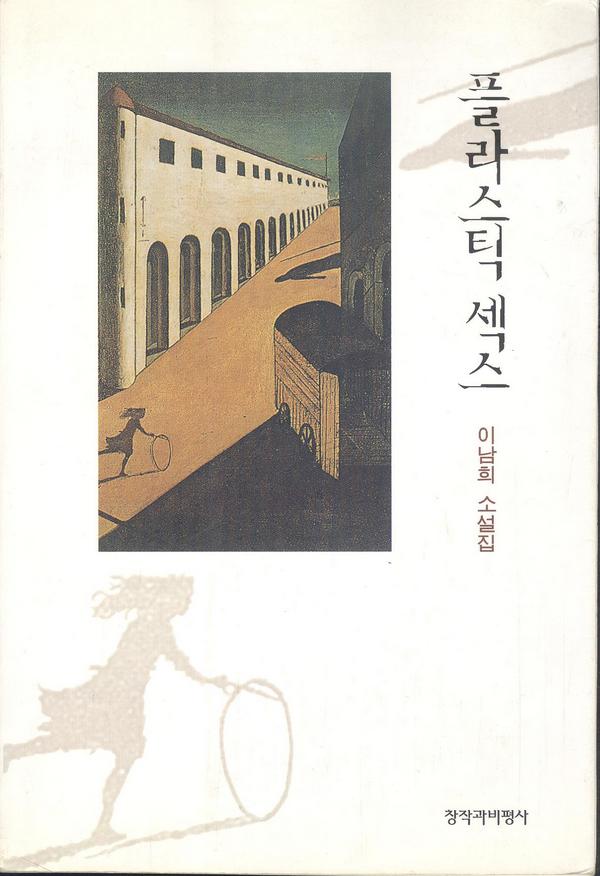 lesbians in 2011, author Yi Nam-hui’s Plastic Sex (Changbi Publishers, 1998) also stands out as an advance in the literary representation of lesbian dating and relationships from more than a decade ago. The first story in a trilogy of the same name, Plastic Sex emerged from the specific context of late-1990s Hongik University youth culture at a time when few writer-intellectuals dared to comment frankly and rationally on the changing sexual values then taking place in Korean society. Prior to Plastic Sex, Yi was known for her historical novels espousing revolutionary themes, and haunting stories of personal loneliness like “Afternoon Sun,” “Amnesia,” “Lost in the Supermarket” and “Age Forty.” Committed to presenting women’s independent views and experiences, her work prior to Plastic Sex nonetheless was written safely within the thematic boundaries acceptable to the mainstream establishment. By contrast, Plastic Sex, while carrying over themes and concerns from her earlier work, represented a surprising development in the work of the author, then aged 40, in its frank handling of lesbian sexuality set against the backdrop of the energetic, anti-establishment youth culture decked out in radical punk fashions and ear-deafening musical styles. This fresh new sub-culture of the 1990s, at odds with the values of pre-democratic Korea when writers were engaged with producing a homogenizing “People’s Literature,” is introduced through the uncertain but always questioning eyes of the main character, Eunmyeong. Eunmyeong, in early middle-age and filled with malaise and disillusionment from the conventional gender and sex system that does not seem to be working for her, opens her heart and mind to the Hongik youth culture, embarking on a process of earnest soul-searching about the meanings of sex, gender and culture in the youthful “rock café” underground that both energizes and alienates her. The trajectory of the character’s soul-search is the basis of Plastic Sex, and through it Yi takes the reader along with Eunmyeong on a disorienting but always thoughtful journey that finally breaks off, or rather bursts forth, on the cusp of a new awakening and self-realization by the protagonist.

“Plastic Sex” may evoke images of sex toy shops in the mind of the unwary reader but such is not the primary meaning of “plastic” in the novel. Meaning malleability or flexibility, as opposed to rigid, unchanging, orthodox, the term was first applied to sexuality by sociologist Anthony Giddens in his book The Transformation of Intimacy (1993) translated into Korean some time after its debut in the West. Giddens’ book observed that proliferation of effective contraceptive technologies in the latter 20th century had resulted in the freeing of sexuality from traditional Biblical emphasis on procreation, allowing sex and sexuality to be enjoyed simply for pleasure, as a form of “play.” Yi saw Giddens’ concept of a malleable sexuality, untethered to the rigid constraints of its procreative function, as a potentially radical critique of Confucian culture’s view of sex as a strictly procreative act and a signpost pointing to a sexuality and intimacy able to embrace multiple forms and purposes. The character’s wavering between the values of the older and younger generation, each side with its respective advantages and shortcomings, reflects the mentality of Yi and a handful of progressive intellectuals awake and responding to the changes of the period.

Referenced in the work is the 1997 “pornography” scandal that resulted in the banning of iconoclast poet/author Jang Jeong-il’s novel “Lie to Me (내게 거짓말을 해봐).” Graphically detailing the sexual “chaos” resulting from the breakdown of the traditional family system, the novel was the target of criminal charges by religious and social-purity societies claiming the novel corrupted Korean youth with its “blatant descriptions of male and female genitals, and for sex scenes marked by sadism, masochism and perversion that go against our Korean national sentiment” (Kyunghyang News, 1996.10.28). Formal charges against the publisher, which led to the book’s removal from store shelves and even threats against the author himself (Jang had wisely fled to Paris before its release), was a warning by Korea’s moral guardians to Korean writers that excessive challenges to the culture’s traditional purity myth would result in scandal and litigation. A philosophy major in college, Yi deals with the turbulent complexities of the time through the earnest application of intellectual questioning and frank intergenerational dialogue based in a spirit of forward-thinking rationality. (Yi also exhibits stirrings of a consciousness of same-sex history as well as of issues surrounding gender oppression.) The Plastic Sex trilogy touches on the plights and contradictions present in Eunmyeong’s mother’s generation (the subject of Plastic Sex 3), her own generation (Plastic Sex 1 /2) and in the younger generation (Plastic Sex 1). The “Three Generation” motif is a novelistic frame long used by Korean writers to convey the force of rapid social change on different generations within a single family. (e.g., Yeom Sangseop’s colonial period novel “Three Generations” (Samdae) (1931). Herself a writer, Eunmyeong tries to produce her own “three-generation” novel from a woman’s perspective, but the project is rendered impossible by her life-changing encounter with the new generation and its radical new values, represented by the compelling yet problematic love interest, “Greenie.”

Although arguably presenting a greater intellectual challenge to the moral establishment than even Jang’s infamous Lie to Me, Plastic Sex met with no scandal or significant brouhaha. It was quickly dismissed by Korean critics as more or less irrelevant, if not “dangerous” for its (by the standards of the day) transgressive depictions of lesbian sexuality. But despite the desultory 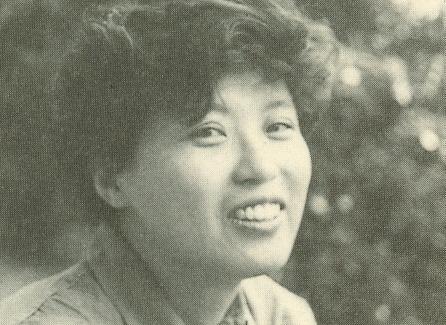 reception at the time, Plastic Sex possesses a fresh relevance and verisimilitude that can still be appreciated today. This is because the character Eunmyeong’s consciousness is squarely rooted in the author’s own personal experience. In a brief interview for an LGBT Culture and Arts Magazine, Yi remarked,

“At the time I wrote the novel [Plastic Sex] I was experiencing an entirely new culture shock. It made me, a woman entering my 40s, think about the new view of sex and the free thinking of the young generation. Their more tolerant way of thinking was not possible for the older generation despite all its life experience. Through the young people, I discovered transformation and life energy. The story is based on the changes occurring in me myself, about looking at the world through the perspective of a woman as a woman.” (Buddy, April issue, 1998. P. 75)

While at times Plastic Sex may feel dated to the 21st century reader, taking her back to the sights and sounds of another decade, the issues it raises are still germane to Korean gender politics today. To some, in fact, it may seem that only the music and hairstyles have changed. Looking ahead, Plastic Sex will no doubt be recognized by future LGBT historians as a significant (if largely unrecognized in its day) early literary exploration by a courageous mainstream writer tackling the emerging “homosexual question” from a woman’s perspective. Yi continues to write poignant narratives with focus on women’s/feminist views. She further thematized lesbian sexuality in a subsequent work entitled Ecstasy (Hwanghol) (1999).

Gabriel Sylvian is founder of the Korean Gay Literature Project. He earned an M.A. in Oriental Languages at UC Berkeley and came back to Korea in 2004 as a Fulbright scholar at SNU expressly charged by the Korean government with the task of doing the Project (“using literature as a tool for social change in respect to sexual minorities”).

He is currently completing his dissertation on Korean Same-Sex History at Seoul National University.