By Mike L. Berry and Iwazaru

The weather is generally a quintessentially dull subject, unless it’s flipping cars, flooding apartments and ripping the ornately placed horticulture out of city pavements. Over the last two years, South Korea’s weather has put drainage systems and electricity grids beyond capacity while hammering the peninsula with torrential rains and soaring temperatures. Ask almost anyone residing in Korea, young or old, about the weather and one word seems to come up: “strange.”

And the first weekend of November added to Mother Nature’s odd behavior with citizens strolling along the streets under foliage-filled trees in T-shirts, shorts, skirts and any old summer attire. “Global Weirding,” as it’s been called, is in full swing.

According to the Korea Meteorological Administration, Saturday, November 5, saw the warmest November day as far back as records go (1907) with temperatures above 20 degrees Celsius. The Seoul daytime high hit 25.9 degrees Celsius or 78.6 degrees Fahrenheit. Gwangyang, on the southern tip of the peninsula, reached 26.4 or nearly 80 degrees Fahrenheit, the highest of them all.

This might cause people to recall nearly two months ago on September 15, when rolling blackouts swept the country as Korean electric companies struggled to prevent a nationwide electricity failure due to excessive demands caused by unusually high temperatures. September was full of sweltering sunny days and the high on September 15 was 31.3 degrees Celsius or 88 degrees.

Since 1912, the median temperature across the Korean Peninsula has risen 1.8 degrees Celsius.

Then there is the rain. 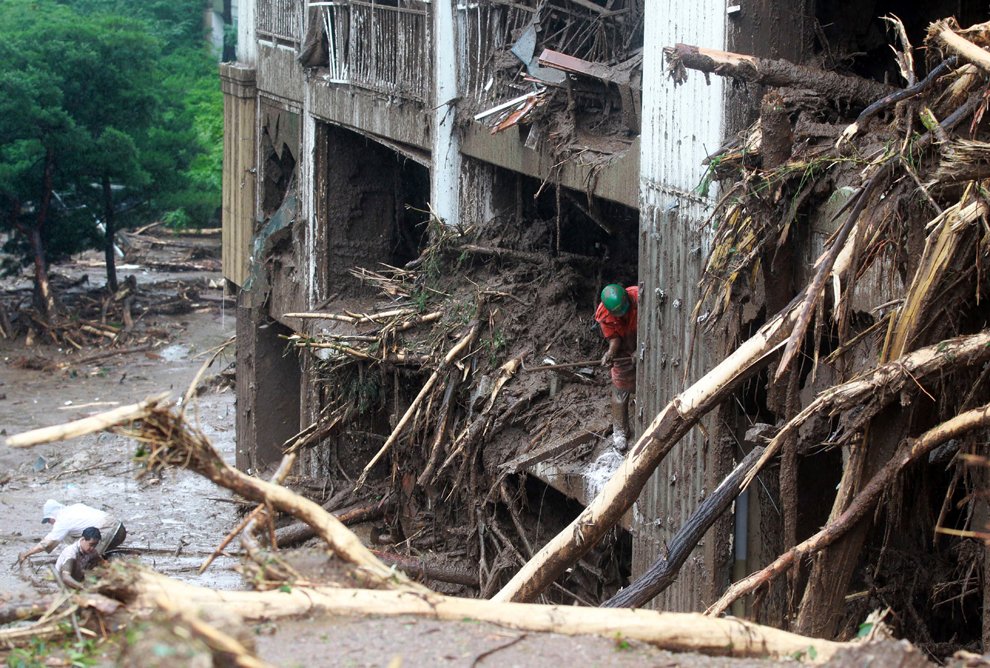 The week of Monday, July 25, 2011 saw South Korea struck hard by the North Pacific High (where hot meets cold in the skies above Korea). A reported 301.5mm of rain fell on Seoul on July 27, setting another “not since 1907” record breaker and at least 17 died when Mt. Eumyeon in southern Seoul unleashed a mass of debris down its side and into an apartment building killing at least 17. An average of 100mm landed hourly across the country in what the Korean media is now calling a “water bomb” incident.

The rain is no longer a nuisance in South Korea, it is lethal. Last September emergency aid programs were activated on the first day of Chuseok when 100mm of rain again started to fall per hour.

The rainy season has officially moved; the National Institute of Meteorological Research has since declared a switch to a sub-tropical climate and some experts have indicated that Korea’s seasons should be divided into two, rainy (April to September) and dry (October to March), rather than the current four, like that of subtropical countries. 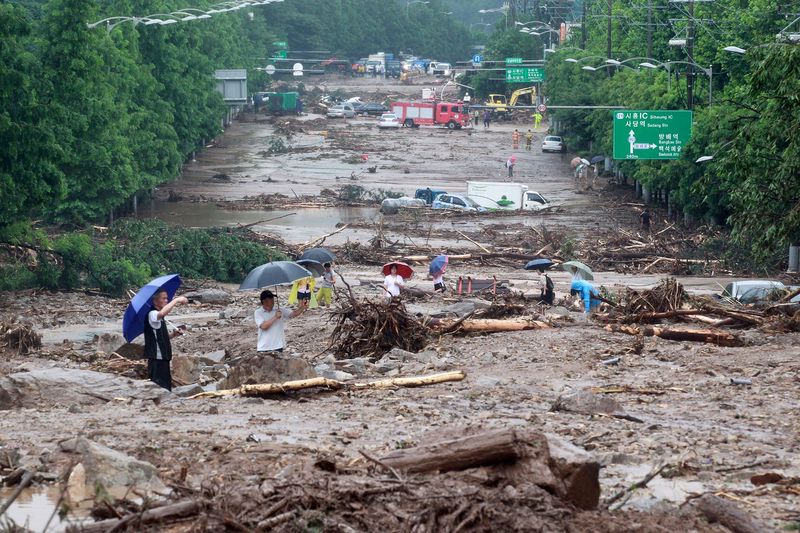 Winter has apparently lost 15 to 17 days and the National Fisheries Research and Development Institute has started to spot tropical fish and subtropical coral off of Busan.

Whilst the term “subtropical” sounds better to a lot of people than “really damned cold,” the bad news is that if you live in Seoul, the 1983 drainage system underneath your house was constructed to hold a maximum of 75mm of downfall per hour. Despite some plans to raise that bar by 25mm and install 51.5 miles of new drainage, that’s not scheduled for completion until 2014. Hence all the flooding.

Then there is the obvious effect on agriculture when the weather fluctuates as it has. Case in point: the 2010 kimchi crisis. At the end of September, 2010, prices for cabbage skyrocketed–in August the price for 2.5 kgs had been less than ₩3,000; a month later the price was more than ₩11,000.

People were being charged for kimchi refills, a concept that is literally unheard of (kimchi is a free side dish across the country and generally comes with every meal). The National Agricultural Cooperative Federation stated that the temperamental weather patterns between unsteady shifts of heat and rain “ruined lots of crops.”

The Korean government has sought to get a handle on a general rise in inflation due to such factors and managed to get inflation below 4 percent (though a fair number of experts don’t expect that tho last for long). In the meantime, farmers are taking matters into their own hands by developing “weather-beating” rice. Let’s hope other innovators figure out a way for many of the world’s people to beat the weather. So far we’re not doing too well.

Cut Glass Theatre Presents: ‘The Importance of Being Earnest’

South Korea’s Next President (But Will He Run?)