Imagine, one morning during an English teaching adventure you wake up, smell for the cleanest t-shirt, eat the usual breakfast of ramyeon and toast, and leave for work.

The streets, damp and cold with December, are a little quieter than usual. At the front door of your school the usual hubbub of the morning is absent. Close by, the yellow buses are parked, silent, dark, and empty—not a joyous scream or shout from a child can be heard. You push the door but it holds firm. Just to be sure you give the door a firm pull. It doesn’t budge. Confused, you rattle it then peer into the dull lobby for a reason why the door is locked.

The old guard shuffles towards you, his hunched and padded silhouette growing larger in front of the glow from his electric heater. Looking through the plate glass door, he gives you a confused look as you hunch your shoulders over exaggeratedly, hands held up at your sides to express your confusion at the situation. He looks at you, kind of like he would if you had asked him whether or not he advocates mixing milk with soju for a smoother taste.

“Kerry samosa” he shouts through the window.

“Kerry samosa?” you ask back. 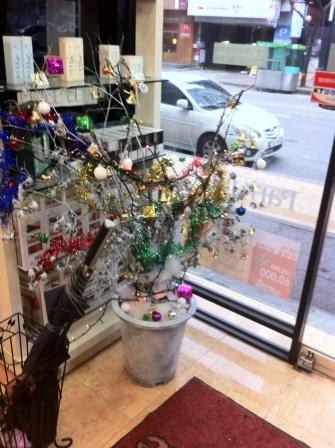 “Kerry samosa?” you ask yourself. “Ker-ree-sa-mos-a… Christmas? Is it December 25th already?”

Fortunately, this will not happen to many people this year as Christmas falls on a Sunday. But it begs the question, how could anyone forget Christmas?

Is it really possible to miss the holiday that is universally celebrated across the entire planet? While not always everyone’s favourite time of year, it’s hard to really remove the festive instinct for drinking steadily each night for three weeks all in the name of ‘good cheer’. But then again, it’s equally fair to say of Christmas in Korea, out of sight, out of mind.

Yet, recently I’ve noticed a change in this. Over the past few years the amount of Christmas decorations and apparent festivity has been on the rise. Still, for anyone who actually enjoys avoiding the mad rush to shop, the incessant jingling of Christmas songs from every speaker, the television advertisements advertising deal after deal, and annoying invitations to Christmas parties you’d rather avoid, spending Christmas in Korea can be wonderful.

Christmas in Korea has for a long time been celebrated as a religious holiday by Christians (obviously) who make up around 30% of the population. Even the Korean name for Christmas, Seongtancheol, has religious origins, essentially meaning sacred birth day.  Christmas, or Ku-ree-su-mas-uh, basically refers to the day off that the remaining 70% of the population enjoy thanks to the birth of Christ and the influence of zealous Christians in the political sphere. 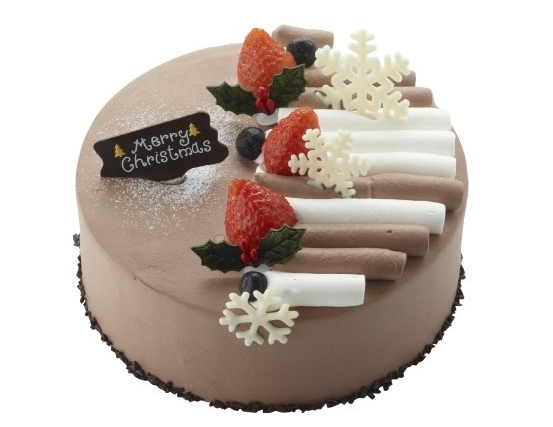 I suppose one recognisable Christmas tradition in Korea is the Christmas cake (just think of a birthday cake), which families will usually buy from a local bakery and enjoy after dinner. It’s an attempt to celebrate the international holiday with the rest of the world. But, aside from this gesture the understanding and participation in the traditions of Christmas are visibly absent from Korea.

Even gift giving isn’t registered as a factor of Christmas. I insisted that some form of a Christmas gift be bought for my mother and father in-law. I sit around and eat all through Chuseok (Korea’s Thanksgiving) and New Year, bow at the grave, and embrace these Korean holidays as any dutiful son-in-law would. So I insisted on involving a little of my culture in the family goings on last December. The reaction I got was one of thanks and appreciation for the gesture, but also one asking, why bother?

That being said, my in-laws do take a more active part in Christmas than my own parents do in Chuseok or New Year. I don’t recall my parents ever boxing up a family pack of spam or shampoo. This year my folks got something sent to them, but I was not told what. The surprise element of gift-giving seems to have sunk in somehow.

But there’s more than the traditions of Christmas worth talking about, there’s the entire culture. And if you look around a little more in busy department stores and shopping areas you can start to see more of this culture emerging. Things like Christmas songs, decorations, the occasional Santa Claus, and always the lonely metered bell ringing of the Salvation Army volunteer standing outside your local supermarket.

There’s something ominous about hearing them out of context though. It’s more like they’re mere decorations as opposed to what they are supposed to symbolise. The decorations still lingering toward the end of January and often into February will give you an idea of what I’m talking about. But, maybe I’m just mistranslating Christmas in Korea.

From a commercial point of view it’s easy enough to jump on the Christmas bandwagon. The explanations for the reasons for these decorations are covered by imported television programmes and films. Even if the result is a construed image of Christmas—what does it matter when the vast majority of the population is basing their own interpretation on the same sources? But, the obvious lack of a serious attempt to push Christmas as a marketing ploy may be on the wane, with fewer and fewer businesses visibly pushing the theme.

Last weekend I walked around the shopping mecca of Myeong-dong, central Seoul and in the Sinsegae nearby. I saw hardly any focus on Christmas. There was a make-up store and a gift-shop all dolled up, but aside from these, it was apparently a normal day in Myeong-dong. I was relieved; could you imagine Myeong-dong with a Christmas rush? (I am warned not to venture there on Christmas Eve or day as throngs of couples swarm to the area for a romantic mashing in crowds.)

Of course you will find Christmas trees and decorations on sale in your local Homeplus or E-mart. With the exception of a few coffee franchises pushing Christmassy products, any sense of Christmas appears to be merely for aesthetic effect; snowy figures on windows and fairy lights are a lot more inviting on the exterior of a building on a dark night in winter. Notice the way they’re up long past January 6.

Of course you can find traditional aspects of Christmas in Korea, and if you have an oven you can certainly create your own. Costco sell turkeys all year long. There are plenty of potatoes, carrots, and, thankfully, no Brussels sprouts. My first Christmas in Korea was spent in a friend’s small studio apartment with two tables covered in freshly prepared vegetables, bad bottles of wine, and roasted chicken from the truck on the corner. It might have tasted better if everyone was not so hung-over from a cocktail party the night before.

Obviously, the central Seoul borough of Itaewon is always a first port of call for Christmas seekers. Walking down the street today I came across a certain amount of festivity, but over the weekend it was a little more evident. There were carol singers and the occasional Santa Claus hat bobbing along. My wife bought some earrings in the shape of Christmas trees. There was a hustle about people moving up and down the street that you’d associate with people going about their Christmas shopping, but it may have been the chilly air also.

In many of the bars advertisements call for people to book their seat at their Christmas dinner party that includes turkey and beer, essentially. Often, Santa Claus is reputed to attend. 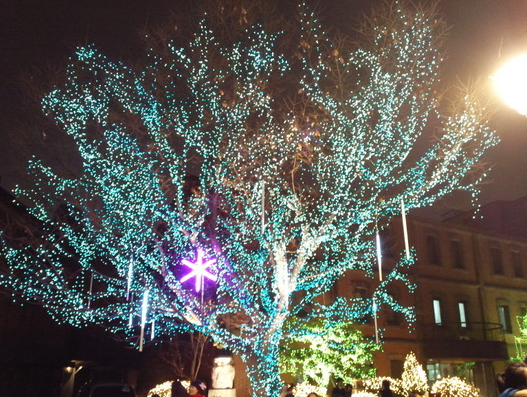 But is this what Christmas is about, to cram into a bar and eat a turkey dinner with a crowd of people you don’t know? While I recognise that for some it can be more comfortable to avoid the potential loneliness or homesickness that may come from being away from family and friends over Christmas, this solution can hardly be considered a realistic substitute. Is it worthwhile to interpret Christmas from this obscured perspective all for a bit turkey? I wonder whether many go back for seconds.

Most businesses will stay open on Christmas day, and most people will not have a day off because this Christmas falls on a Sunday. You might catch a note of Christmas themed novelty on the television, and someone may invite you to their church to celebrate in prayer. In certain cases it may prove to be more worthwhile to not think about Christmas at all and take it like it is just another day, as it is here in Korea.

Conor O’Reilly is a lover of most things to do with Christmas. When not looking forward to another reason to drink mid-week in the run up to December 25, he can be found complaining, or pretending he knows everything. For more of his mannerisms visit ifihadaminutetospare.wordpress.com