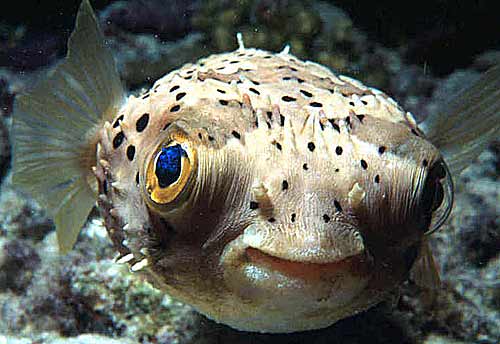 That Friday, as soon as classes ended, Reggie and Mike went to the nearby subway station for the forty-minute ride to the Sasong stop, where one of Busan’s bus terminals was located. Subway riders at this time of day were many. Yet luckily (or so it seemed) the stop at which they got on the subway was only a few stops before one of the popular transfer points, where most subway riders exited, only to be displaced by an equal or even greater number of transfer riders.

Mike and Reggie had their seats, two foreigners in South Korea, swamped by fellow subway riders in such a way that made the cliché of canned sardines pop into Mike’s mind. Certainly most people were not fond of being closed in with many other people. Mike’s aversion bordered on certifiable claustrophobia. He felt itchy under the skin, occasionally breaking out in hives when in overly crowded situations. Having Reggie at his side was helpful.

“Would you ever eat dog soup?” she asked him.

“Dog soup. Would you ever eat it?”

“Uh… no.” This was good. Mike could focus on the conversation, blocking out the increasingly crowded conditions on the subway train, which made him want to indiscriminately throw his elbows up to create more breathing space. “We had two dogs and two cats in my family when I was growing up. Once you’ve had pets like that, it’s impossible to imagine a thing like dog soup, or anything made from a cat.”

Reggie agreed with him, but was in a spirited mood, and as she had been doing some personal studies on Korean food, she decided to challenge him on the point.

“But it’s a matter of cultural heritage. Shouldn’t you integrate yourself into the culture?”

“Ha! Are you playing with me, Miss Reggie?”

She was busted, and she knew it. But he rolled on with a reply.

“Cats and dogs aren’t quite people, but ask anyone who has had one in their life, and you might as well ask if they’d eat their three year old brother or sister. I heard some studies claim that cats and dogs reach that three-year old mentality, or even as advanced if they’re gifted as a five year old.”

“I’ve heard that about pigs, too. They’re very bright,” parried Reggie. “It’s a shame that they’re not fuzzy. We wouldn’t be eating them.”

“I won’t argue with you there,” Mike allowed. “I’m just sticking with your original question. So no, I won’t eat Fido. Anyway, let’s disr 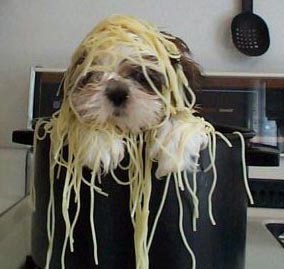 egard the fact that many of the younger generation these days aren’t interested in partaking in dog soup in Korea compared to those who are. Setting that aside, there’s a sanitation issue. Mostly those who make dog soup operate underground and unregulated. The dogs are cruelly killed and the conditions are unsanitary. I’ve also seen lots of reports on people’s pet dogs being abducted. It’s not a good situation. If it’s continued, it should at the very least be monitored to make sure that it’s done humanely and in a sanitary way.”

The subway came to a stop at their station.

“And now we must leave,” declared Mike, “as I step off my soapbox.”

Wordlessly, they ascended from the subterranean domain of Busan’s subway network, bound for the bus terminal. Mike diverted their path slightly for a quick stop at a mini-mart, where he went directly for the refrigerated area with drinks proper.

“Not yet, Mike. Aren’t you jumping the gun?”

“Not at all.” He reached a dry warm hand around the neck of a carbonated variety of Korea’s rice-based alcohol drink. “It’s cultural heritage.”

“Not for drinking on the bus.”

They bought their tickets, and soon after, the bus was ready and waiting. Mike reclined in his seat. Reggie sat across from him. Mike twisted the cap on the bottle of makgeolli, and then brought it to his lips and drank.

“Best medicine for the occasional stresses of teaching the little ones,” he commented.

“Would you rather I was drinking straight soju?”

“Ha!” she laughed. “But actually what I was thinking was that you never lose your cool with any of them, so I don’t see why you need a stress reliever.”

The engine had rumbled to life. The bus began to pull out of its parking space, leaving its parked and idling colleagues behind.

“Oh, I get annoyed at times,” confessed Mike. “I just never show it. You can’t show it. It’s like a battlefield. Once a crack appears in your armor, you’re done for.”

“Are you about to get on your soapbox again?”

Now it was Mike’s turn to laugh.

The truth was that Reggie was enjoying this exchange. Mike was often tight-lipped. For her, the Mike and Scott dynamic was well mapped. While Mike was Scott’s foil, Scott always dominated the exchange. Despite the fact that she worked with Mike, and saw him more often than her own boyfriend, she suspected that it was a combination of two things restraining their interactions. First, in general Mike was the big, silent type. But secondly, she suspected that there was some unspoken inhibition, because here was his best friend’s girlfriend. Even when they had both gone to Jinhae together on past occasions, Mike had been a bit like a clam.

As for why it was different now… perhaps there was a nervous vibe that they were both feeling on the topic of Scott himself that kept this current dialogue afloat.

“Is that a real word, Mr. English Teacher?”

Even though she had chided him about taking to a soapbox anew, the comment had backfired against her wishes, because the truth was that she wanted to hear more from him.

“Tell me something. Let’s hear a food story.”

“Come on,” he chided her. “We teach at a hagwon. You know as well as I do that we’ve become masters of improvisation as a result.”

“So sock it to me.” He drank more of his makgeolli as he waited, and she considered.

“Okay,” she declared. “I can give you a scene as well as a little factoid that you might not know, both related to a certain food.”

“When I first arrived in Korea,” she began, “I was a bit off balance. That’s to be expected with new ar

“You weren’t here at the time,” she went on. “So you didn’t see me flustered like that. It was a little bit of the standard variety culture shock, seasoned with a pinch of homesickness.”

“So you were in search of comfort food, and found it in the soft embrace of dduk,” speculated Mike, referring to Korea’s style of mildly sweet rice cake.

“No,” she countered, wagging a finger at him, “and are you going to let me tell you this, or do you plan to keep interrupting?”

Mike made a motion of running his thumb and index finger, pressed together, across his lips, zipping them shut.

“Thank you,” she smiled, sweetly. “Now then, Thanksgiving was approaching, and I was particularly missing my family and friends and home and our traditional Thanksgiving meal. I was sure that I wasn’t going to find a Thanksgiving meal here in Korea, turkey not being a Korean standard. I could’ve tried to approximate with chicken or something. I probably could’ve emailed mom for her mashed potatoes recipe, and might’ve made something close to it, but it wouldn’t have tasted the same. I could’ve gone on a hunting expedition for some wild cranberries. I even could’ve gotten my brother to send me a box of instant stuffing mix in the mail.”

Reggie sighed in memory of the dilemma, pausing in reflection, and then resumed.

“But in the end, it wouldn’t be the same. So instead of settling on an inferior replica, I decided to shoot for something entirely new. I figured I could make a new tradition here. Do you know what bok is in Korea?”

“How about by the Japanese name, fugu?”

“Now you’re the teacher,” he told her.

“Ah, yeah… they’re really poisonous if you cut them the wrong way when you’re preparing them, aren’t they?”

“Second most poisonous vertebrae in the world… you’ll be dead within twenty-four hours if the chef accidentally cuts into the poison sac and that gets into the meat of the fish. And that’s what I decided to have for my solo Thanksgiving meal.”

“In other words, if you survived your meal, you’d be thankful.”

“That’s where you’re wrong,” she corrected him. “And that’s where you get to hear my factoid. See, what I learned that night is that only free-roaming swellfish are poisonous. If they’re farmed,” she concluded, “they’re not poisonous. They only get the poison when they dine on coral.”

Mike whistled in appreciation. “Lots of info on your Thanksgiving night.”

“The chef had gone to college in the States for two years, and was happy to practice his English with a charming girl such as myself,” she said, displaying a mock demure expression.

“It was fine,” she reported. “It was served in a clear soup broth. It tasted mild. I’m scheming to get Scott to partake this next Thanksgiving and make it my permanent Korean Thanksgiving tradition. You’re welcome to join. It’s not too hard to find a place serving bok. They show a picture of the sea squab all inflated on their signs if they serve it.”

“The easy way… pictures over Korean letters,” observed Scott, although Korea’s system of letters was relatively systematic and logical. Scott had even begun to dabble in learning some words. A few such words flashed through his mind.

“Did you see that? Look at that local bus.”

They had descended into Jinhae, currently along the outskirts of the small city, which meant that in about ten minutes they would reach their stop. The local bus to which Reggie had referred was turning a corner. Mike only caught its tail end.

“The Jon’s were on the side of that bus.”

“It was like an advertisement. It was some classroom, and they were sitting at the front of the class on the ad… two identical boys. It was Jon and Jon.”

“I think you’re mistaken,” he finally said. “I don’t think they let local buses have advertising along their sides.”

“I swear I saw it,” insisted Reggie.

“Hmmm… I don’t know, Reg,” Mike replied. “It might by a mystery that you’re just not gonna solve.”

But she was sure that she had seen the boys pictured on the side of the bus. Maybe it was some other private bus company.

“Yeah,” agreed Reggie, only half listening to Mike.

Scott did not answer the phone call.

Eight minutes later, Mike and Reggie got off the bus, walking uphill to Scott’s place.