Editor’s Note: This is the first in a series about an expat mother’s experiences in Korea.

I arrived in Korea from my native U.S. at exactly 32 weeks pregnant. I traveled literally the last day my midwife would allow it, not that she’d have much say now that I was going to be approximately 8,300 kms away. We clutched her handwritten note granting me permission to travel as we checked in at Sea-Tac International Airport, in case the airline, upon observing my giant belly, refused to allow me to board for fear that I’d birth my baby reclined in seat 10A.

We had no such issues and, perhaps due to my excessive and neurotic obsession with water-consumption, I was barely even swollen when we touched down 11+ hours later at Incheon. After a day or two of rest and internal clock readjustment, I set out to explore my new home. My first few days wandering around led me to a few possible conclusions about pregnancy in Seoul. I – or more accurately, my belly – was stared at each time I left the apartment and I noticed very few other pregnant women. I thought perhaps a) there really weren’t that many pregnant women (given that South Korea has the lowest birth-rate in the developed world this seemed like a reasonable conclusion), or b) women did not leave the house when they were pregnant (thus the stares).

After a few more days of wandering I discovered that there were in fact quite a few pregnant women around, I just hadn’t been able to see their bellies under the shapeless tent-like maternity get-up they were sporting combined with the very small (by Western standards) size of their pregnant bellies. My pregnant sisters were in fact everywhere, hidden in plain site. Upon realizing how my skills of observation had initially failed me, I decided I needed to do some investigating of what pregnancy in Korea was all about. What follows, for your information and reading pleasure, is what I learned through both experience (read: trial and error), and through hard-hitting and in-depth (read: rude and invasive) questioning.

One thing I was delighted to discover is that Seoul is very pregnant-lady-bladder friendly. This is no small thing because, let’s face it, the way to a pregnant lady’s heart is not only through her stomach, but also through her bladder. Clean and free toilets are abundant. There’s even a really great app that tells you the closest location of a toilet from wherever you are in the city.

Something I was less excited about was the availability and choice of maternity wear. As I mentioned, one of the reasons I wasn’t able to observe many pregnant women initially was because they were all wearing what can only be described as tents. Unlike modern maternity wear in the US which tends to accentuate the growing belly, maternity wear here in Korea seems to be about camouflaging and/or hiding the shape. I asked my doula about this and was told that Koreans do not find the pregnant female form to be very attractive, which is probably why I was getting stared at so intently as I walked around with my big belly proudly displayed. If floral tents and oddly-long oversized sweatshirts aren’t your thing, you can find reasonably priced maternity wear at H & M in Myeong-dong and D-Cube City. They even have nursing tops and bras that are capable of containing your undoubtedly giant pregnant knockers.

The bellies that Korean women are hiding under their billowing maternity tops are, in fact, quite small. Compared to us western gals, Koreans are petite to begin with, but are also encouraged to gain only about 7 kilos (15.4 lbs) during pregnancy. That’s total, not per trimester, ladies. Caregivers here tell pregnant women that gaining much more will lead to a difficult labour. Contrast this with the US where regular weight gain can be anywhere from 9 to 19 kilos (approximately 20 to 40 lbs) and sometimes even more. At my last appointment with my midwife in the States, I had gained approximately 7 kilos and was told to eat more. By the time I got here and had my first appointment with my caregiver, I had gained about 8 kilos and was told to eat less. It is my belief that this emphasis on minimal weight gain is driven both by a (misguided) belief that smaller babies are easier to birth combined with the Korean obsession with physical appearance and a desire to quickly lose the baby weight. The less you gain, the less you have to lose, and the sooner you can be seen as “attractive” once again.

One thing I especially loved about being pregnant here was the encouragement by my caregivers and strangers alike to only focus on things that are healthy, beautiful, soothing and positive. Koreans believe that everything a pregnant woman eats, sees, hears, and feels affects the baby growing in her belly and so a great effort is made to make her life as stress-free, peaceful, and healthy as possible. The less pleasant side of this concern is that pregnant women are handled with kid gloves and treated like weak old ladies, rather than strong healthy women experiencing a completely physiological process. This annoyed me a great deal when I was scolded for hiking up Namsam at 40 weeks, but I appreciated it very much whenever I was given a seat on the subway.

When it comes to prenatal care, the norm here in Seoul is a very medicalized approach to pregnancy. You can expect to have a sonogram an absolute minimum of four or five times throughout your pregnancy, as opposed to the three that is usual in the US.  Many of the other tests that are considered routine in the west are the same here – such as the glucose tolerance test, checking sugar and protein levels in urine, and routine blood tests – though the schedule may vary slightly. They do not routinely test for GBS (Group B Strep), but they often can if you request it.

As in all other areas of Korean culture, Confucian principles reign and as such women, pregnant or not, are meant to be submissive to men (and their mothers-in-law). At your prenatal appointments, your caregiver will most likely direct all conversation towards your husband. If you ask 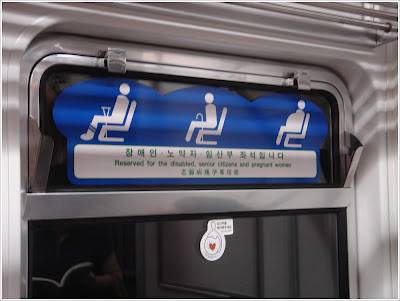 a question, he or she will likely give the answer to your spouse. Doctors are not used to being questioned, and do not see their patients as partners in the process. They will do whatever they consider routine unless you make it very clear that you want or require care outside of the norm. I learned very quickly in the ten weeks before I gave birth that if I wanted my doctor to do something that was not within his normal practice, my husband had to make the request. This was incredibly infuriating but ultimately efficient.

As your pregnancy progresses and you get nearer and nearer to birthing, it will be time to take a childbirth/newborn care/breastfeeding class. Korean fathers-to-be do not generally attend these classes and if you take these classes at a hospital, you may encounter some surprise, and very possibly some pushback, on having your husband attend. Here in Seoul there are English-language classes available at MediFlower Women’s Clinic and Natural Birthing Center as well as through Birthing in Korea. The classes offered through either of these two venues will definitely encourage partner participation.

Now, I generally like to pretend that I’m one of those people who does not offer unsolicited advice, but I’m going to go ahead and advise you, dear reader, to hire a doula. No matter your approach to pregnancy and childbirth, if you are an ex-pat living in Korea, far away

from your friends and family and without the built-in support system that you would likely have at home, the emotional and physical support for you and your partner that a doula can provide is invaluable. Seriously, get yourself a doula.

Before you know it you’ll be wandering the streets of Seoul in your stylish maternity wear, well-fed, well-rested, and well-educated, fully prepared for the birth of your little one.

Stay tuned for Part II: Push It, all about birthing in Seoul. 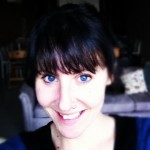