For personal reasons the author wishes to remain anonymous.

Editor’s Note: This continues  a loose-leaf series on different types of  Religion and Spirituality practiced in Korea.  Christianity, Buddhism, Islam, Shamanism will be reported on from an eye-level perspective. Part one, part two and part three of the Yoido Full Gospel Church. Parts 1 and 2 of the Dahn cult story.

A Cult Story: Church of god 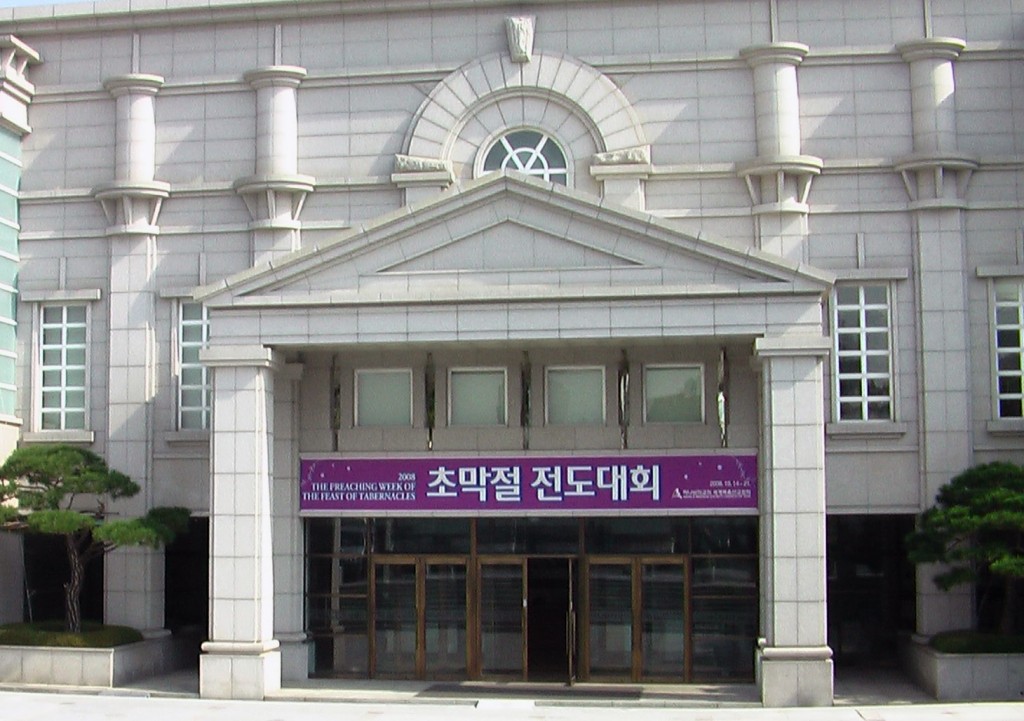 One never expects to be bothered by a cult. Slip off the shoes, relax in front of the TV and then comes a knock on the door. There in front of the door is one middle aged man and two cute twenty something Korean women, all very happy about something. That something is a church called the World Mission Society Church of god,  “Do you know god the mother?”

Sarcasm here was so tempting, but no, refrained, eye rolling that was a different story. With good manners I played along and accepted an invitation to one of their Saturday services at their main church, The New Jerusalem temple located in Bundang. Mentioning this the next day to people I knew at a yoga cult, they tried to warn me off with their own personal experiences. Still, I went ahead and got picked up in front of my apartment that Saturday. They are known for being deceptive. Young adults are especially targeted for recruitment, as they are viewed as easier to persuade be they schooling at Yale in the U.S or the University of Alberta in Canada.

They’ll come pick you up because you are young. These are two of the first signs you might be dealing with a mind altering group. If you haven’t had previous experience with an organization that does that, you might view it as just a strange Christian sect, which when confronted about ignoring, turning questions about who they really are, they will dwell in secrecy and deny it. Where is the evangelists main base? It is the Jerusalem Temple in a suburb of Seoul; this 12 year structure is supposed to have fulfilled the prophecy of the holy building being restored.

It is also the showcase for the other World Mission Society Churches (2,300 or so around the world and counting). Church size varies from members own homes to more discreet buildings without any crosses or religious symbolism. These buildings need to be filled, and the members are on a mission. I keep hearing their standard opening line in my head and it feels like they are street missionaries on steroids: Do you know of the Heavenly Mother? Will you let her into your heart?

Somehow I let them in and spend at least 20-30 minutes flipping through Bible passages that they weave together to portray a fantastical story. If they have their way, they can have a person baptized in their church in a short time. And for sure the story the door-knockers have takes time and is full of step asides. “The DaVinci code” for sure, we’re about to learn what I jokingly call the “Sang-Hong code.” It isn’t an easy story to explain, you won’t find it in other churches. They have an exclusive. You see, in 1918, Jesus came back secretly; no one would expect him to be born this time to Buddhist parents and in Korea of all places. His name was Ahn Sang-hong–this Jesus waited until 30 to become a Christian, which suggests he had low self-esteem issues of not believing in himself for a while. People would have seen this man as a Seventh Day Adventist minister, that is until 1964 when he broke away, said he was the Holy Spirit and founded his own ministry, the “Ahn Sang-Hong Witness Society,” the precursor of the World Mission Society Church of God.  One of the things he said was wrong with the traditional church, was people needed to go church on Saturday as in the Jewish tradition: Sunday was just a political act. 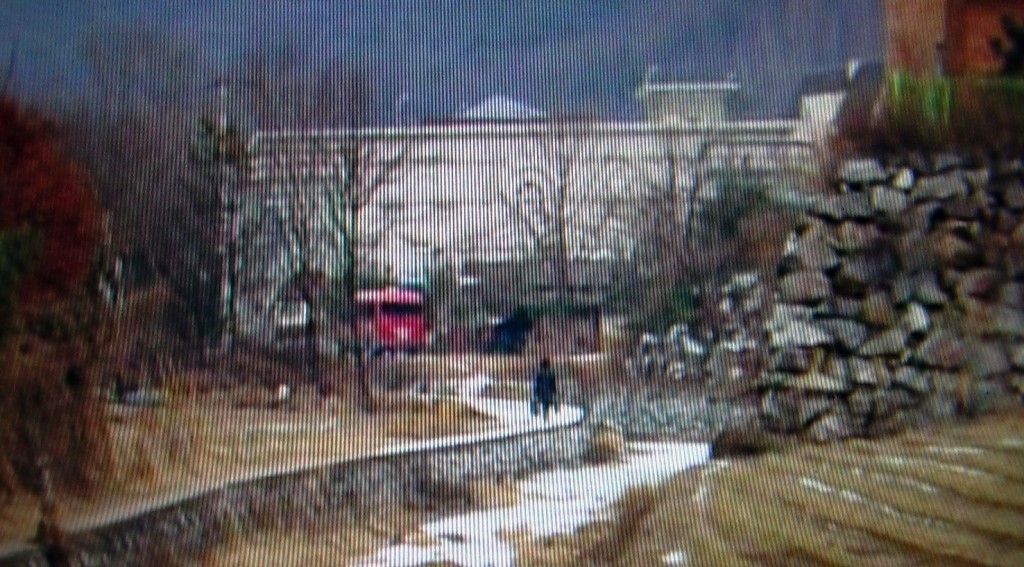 And controversy always boils up into a legal matter for the church.  Point of fact, a 2005 case dealing with Ji Won-tak who had written a book “Researches on the New Religions of Korea 2002.” In this book, the author states the church was divided between two branches, the New Covenant Passover Church of God based in Busan and the WMSCOG located in Seoul. To make this split more interesting, the church even had two spiritual mothers, Gil Ja-chang and the now expelled Soo Im-un. According to the founder while alive, “the idea of a mother god was delusional.” And yet, here we have the church claiming one. In keeping with the self-proclaimed mother god, the church has predicted the end of the world, three times, the first in 1988, the second in 1999 and the popular soon to be forgotten 2012.

Yes, we are still alive, gosh, golly, the readers of this article must be doing something right to stave off, er, Judgement Days. Once when a close friend tried to shoot a bit of video of the Jerusalem temple, an official of the church came out and tried to stop him. The person made threat–even though he was on what was public land, the mere pointing a camera at what was supposed to be a holy site was a threat. What struck him from the encounter besides the odd vibes, was that the person used worldly, not spiritual authority to threaten. Personal information was demanded; he said “NO!” If your goddess is all that she can be, ask her for that knowledge, otherwise, count my fingers. In a practical, on the spot situation even one of her followers didn’t believe she has divine stuff. This mother of a god’s church punishment comes not from the divine, it comes from lawyers, as two recent cases show, one in Mongolia against a TV station and journalist for airing views of ex-members and additional sources on the church. The second lawsuit is against a website that has a collection of articles that examines the beliefs of the church for true connection to the divine. Mother is not amused; a suit to shut up critics was filed in December of 2011. The faithful also hold that Korea is the new holy land, and a place for which they must take a pilgrimage. The visitors gush in religious fervor about needing to see the woman who plays god the mother. No proof of divinity has been required, they have accepted her because of what they’ve been told is in the Bible. It doesn’t matter that the goddess needs a hearing aid and seems from my perspective at times to lack enthusiasm for her flock. The faithful worship her, no matter her condition.

What will these pilgrims get to see at the showcase church? Smiling, happy church members, a sterile lobby with functional benches and a chance to chat with one of the deacons, the regular members are quiet. Maybe they’ll also chat with visiting members from other world churches or guests invited from the surrounding community. The route from there takes people past a collection of poster sized pictures on easels of the mother god, the current head minister and shots of the members, all happy. It sends a message this is a blessed place. When one enters the main church hall, the sense of difference hits home, the women are segregated, they are wearing head covers, and it’s a typical Saturday for this group. They all pull 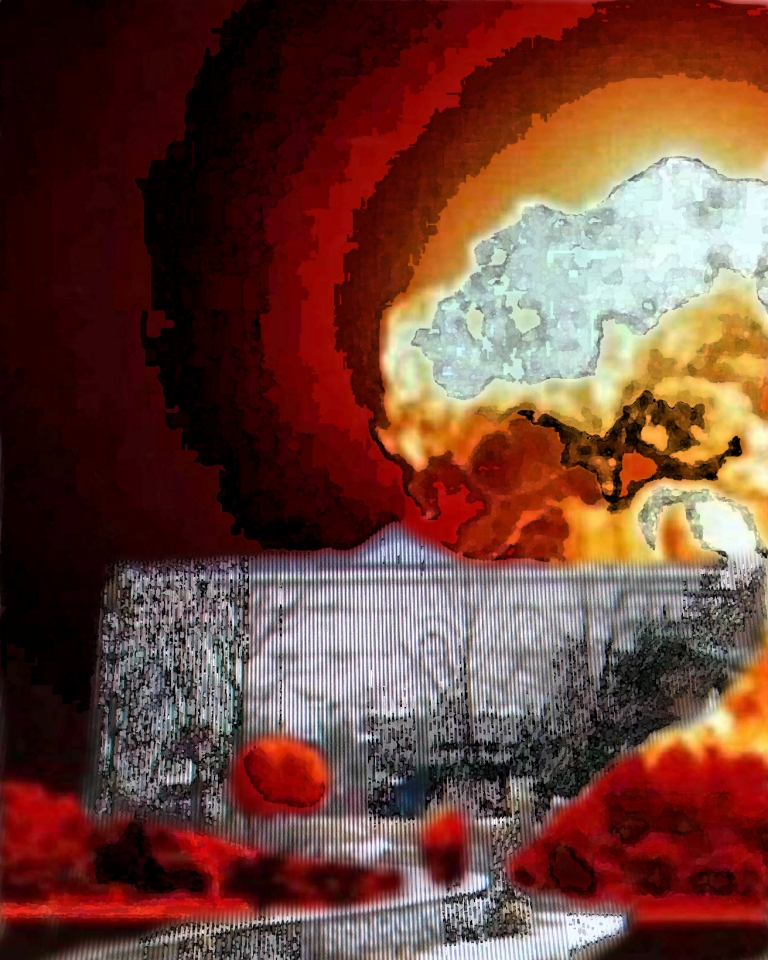 out the church’s own hymn books; no surprise, it’s full of songs praising the dead founder, the 144,000 chosen people of the church, the god the mother and how all this is blessed by all the saints in the old and new testament. My eyes can’t roll fast enough to do justice to what they’ve done. All that I’m seeing and hearing is translated for me by a woman who seems almost normal. I want to ask her questions about how she got involved, but that isn’t possible, the church controls access between invitees and regular members. Nor is there opportunity to speak afterwards to other soul-searching visitors. Today because of so many foreign guests, we are shown a special sermon, it is toned down:

Why all the other churches are not the true church–not the true way to salvation; If you want to be saved, and not be damned come to church on Saturday.

All these words got a slow bop of approval from the god the mother. What’s being said with a few changes in my opinion could have been spoken by any religious fanatic. The nodding of the so-called goddess indicates all is good.