HomeKorean LifeFacing the Reality of War on the Korean Peninsula

If you’ve been in Korea for a stretch of five or 10 or 20 years, then you’ve grown familiar with the North Korean situation. Just traveling around the peninsula gives one a good sense of the status quo with military guard posts along the shorelines, uniformed soldiers often in public places, the heavily militarized DMZ, and the rather frequent news regarding all manner of North Korean activities. Recently, as any long-termer can tell you–if they even need to–things have ratcheted up, the sabers rattling a little louder, the brinkmanship going a little further, the foot to the floor in both trucks.

Undoubtedly, Kim Jong-un has been on a testing streak, seemingly bent on setting new records while dwarfing his father and grandfather. Both the number and magnitude of these tests has increased, drawing attention from far and near. 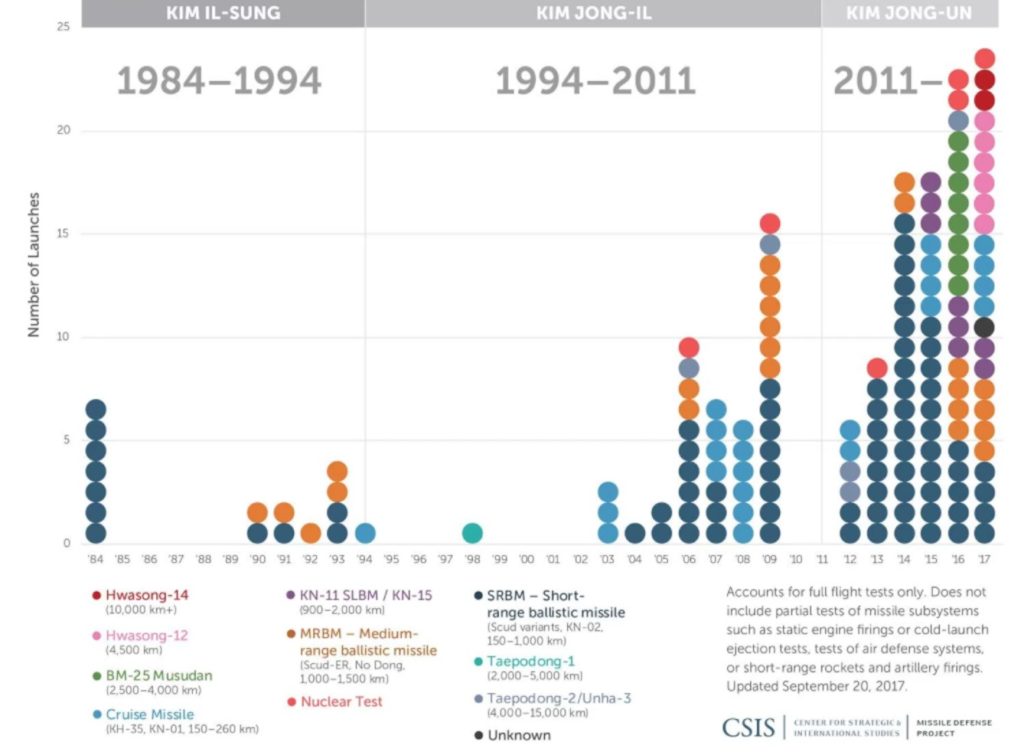 Moreover, the ever-increasing missile tests now seem to make the U.S. mainland a reachable target. This too has increased tensions near and far. 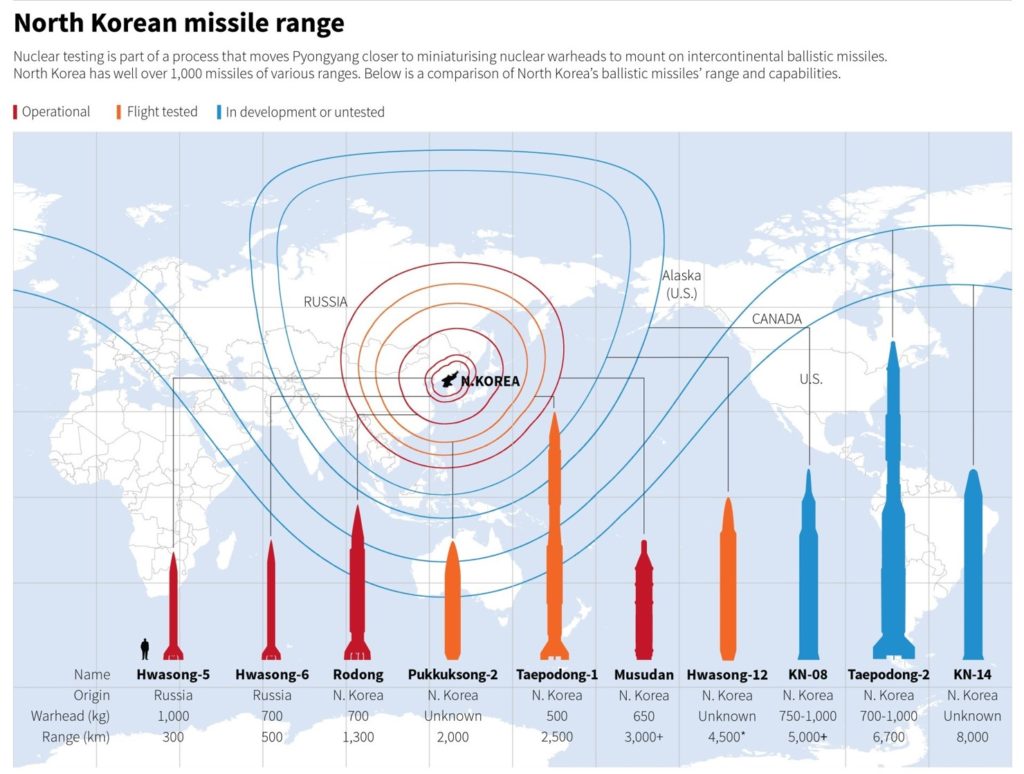 And, of course, there is President Donald Trump who has not refrained from engaging in bombast that might make North Korean propaganda experts envious if not amused. From saying that the U.S. might have to “totally destroy North Korea” and “rocket man is on a suicide mission for himself and his regime” to “they won’t be around much longer” and “They will be met with fire and fury like the world has never seen,” Trump has gone all-in rhetorically. And on October 5, at a meeting with senior military leaders, Trump referred to a “calm before the storm,” prompting reporters to ask for elaboration. “You’ll find out,” the president said. Not exactly comforting language, especially for those on the peninsula. Days later on October 10, two U.S. B-1B bombers flew a nighttime training mission over the peninsula accompanied, first, by South Korean F-15k fighters and, later, by Japanese fighter jets in what was reported to be the first nighttime mission with both Korean and Japanese militaries involved.

Then, on October 16, U.S. and ROK forces commenced the large-scale Maritime Counter Special Operations Exercise (MCSOFEX) just as the USS Ronald Reagan strike group arrived and the nuclear-powered, cruise missile-armed USS Michigan submarine sat in the southern port of Busan with a “decapitation” team of Navy Seals allegedly aboard. The exercise runs until Friday. Days earlier, the U.S. Navy confirmed that the Los Angeles-attack class submarine USS Tucson had entered the port of Jinhae on Jeju Island but that it had also left for an unknown destination.

Meanwhile, things have been unusually quiet up North since its launch of a ballistic missile over Japan mid-September. Many watchers expected the North to conduct some sort of test–nuclear and/or missile–around the October 10 anniversary of the founding of its Workers Party. Nothing took place. It’s widely known that these U.S.-ROK military exercises (aka war games) antagonize the North with what could easily be interpreted as plans for an imminent invasion. Combined with Trump’s repeated confrontational rhetoric, Kim cannot be sitting idly by dining on Kobe steak, sipping champagne and smoking cigars, while exercises ramp up.  On Saturday, the KCNA called MCSOFEX a “reckless act of war maniacs,” and the media has reported that North Korean vehicles transporting missiles have been moving. And some amusing propaganda fliers arrived in Seoul over the weekend depicting Trump as a crazy man and mad dog being terminated (torn open and apart in the case of the dog) by the North.

Further, over the past few days, a couple noteworthy statements have come out of the U.S. First, Secretary of State Tillerson said the U.S. would continue diplomatic efforts “until the first bomb drops.” Of course this must seen in the wake of earlier comments made by Trump while Tillerson was visiting China in which Trump tweeted, “I told Rex Tillerson, our wonderful secretary of state, that he is wasting his time trying to negotiate with Little Rocket Man.” Second, retired Army General Barry McCaffery asserted that Trump’s bluster has the U.S. “sliding toward war by next summer.”

Now, of course, some cooler heads over here contend it’s deja vu all over again. Keep on keeping on. And a slew of experts say it’s not in Kim’s interest to start a war that would very likely mean the end of the country and regime his grandfather and father sustained for more than 60 years.

Perhaps we can all take comfort in that. But with that comfort comes the knowledge that we have two capricious men–one young and one old–who are one mistake or miscalculation away from starting a catastrophic war.