In Search of Divination–Korea’s Blind Seers 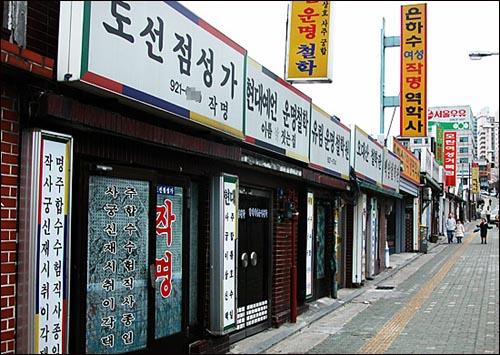 As the Lunar New Year heralds the White Tiger in the East most people of Western mind have forgotten New Year’s parties and parted ways with irksome resolutions. Yet that New Moon portends much from the moment its obscure rays reach across the land setting in motion a series of events for each sign and soul. Reverence, custom, superstition and desperation are just some of the forces that send people searching for guidance through and protection in the unknown year ahead.

In Korea, that guidance and protection comes from doctors of divination. Many of these diviners, having studied the science of divination for years, approach each reading with meticulous professionalism. There are no crystal balls or smoke and mirrors. What most serious people who visit these diviners depend on is a combination of Chinese astrology and a specific Korean book written by a scholar during the Joseon dynasty in the 1500s. The Chinese reading is based on an ancient Chinese book of philosophy dating back more than 2,000 years called “I Ching” or “The Book of Changes” — many say it was first a divination manual and only later a philosophical text — and a book written by the Joseon scholar Lee Ji-ham, also known as Tojeong (the book is called “Tojeong bigyeol” or the “Secrets of Tojeong”). Aspects of both texts are consulted by Korean diviners of saju, or four pillars, who read one’s fortune based on the year, month, day and time of birth — without this specific information, there’s no point in visiting. 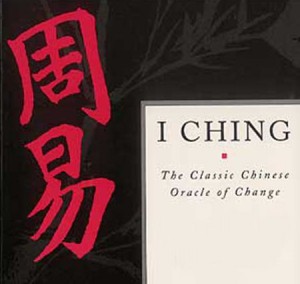 Despite the science and numerical reliance of traditional divination, there is an obvious mystery that enshrouds divination or fortune telling as it is commonly known. That mystical aura stirs up certain emotions in Koreans as I found when I started asking people about it. When I first made a call to a Korea information center in Seoul to ask where the traditional core of diviners was, the woman on the other end reacted to my question by asserting that I must have been mistaken. “You mean the fortune reading cafes?” she asked referring to the trendy new cafes in Seoul’s fashion district of Apgujeong-dong where mostly young couples gather for casual readings over coffee or tea. When I repeated that I needed information about the traditional and not trendy, she acted as if I’d asked about the supernatural and quickly said she had no idea and knew no one she could ask. Click. A friend I asked responded rather abruptly wondering what “trouble had come to me” and asking “why do you wanna find them?” The only indifferent person was a devout Christian who asked me, “do you actually believe in that stuff?” Overall I found that if one is looking for or going to a traditional fortune teller, there is a certain stigma attached to that person by a majority of Koreans — something must be wrong and a right is in desperate need.

While doing leg work for the story I began to think back to any earlier experiences I had with divination and occultism. Middle school came to mind; a place where mischief and sports mingled with the usual pains of growth, grades and girls. Also a place where teachers, as most misbehaving middle school kids know, could make life hell. And there’s always “that” teacher. His name was Mr. C and boys despised him for the usual reasons: he favored and flirted with girls; embarrassed and badgered buys; and walked around like he owned the world. Easy to abhor. At some point — it was summer so it was the end of the school year — crazy ideas of vengeance surfaced among the boys. It was widespread and a popular topic of conversation: vandalism, violence, powerful pranks, salacious rumors and so on. Perhaps the weirdest was witchcraft. A kid I’d known since first grade who was a gifted artist, especially at drawing wild Tolkienesque pictures, had a copy of “The Satanic Bible” by the occultist Anton LaVey and said a spell could be cast. All we needed were a pentagram, pictures and fire. Nothing to it. The idea was tossed around for a few weeks and I can remember one friend constantly referring to Led Zeppelin, AC/DC and the Rolling Stones — bands we idolized — regarding their lyrics and rumored association with the occult. Then one night a few weeks later a group gathered, a pentagram was drawn on the floor of an old barn, words were read and pictures were burned. A rather sloppy and silly ceremony; LaVey probably would have laughed (or sneered) and slapped us. But what I remember is an odd air entering the space once the pictures took flame, and then spiders. Not many. Maybe ten or so but they could be seen in the brighter light and were moving toward the small flames. Maybe they’d been there in the darkness all along. It was an old barn. Nobody spoke about it later and I don’t remember anyone mentioning it again since that night.

When I asked people where in Seoul I could find traditional diviners, I finally got a woman at the Seoul Global Center who told me to go to Mia-rigogae in northern Seoul. When I asked she chuckled saying, “we joke with people who are having some problems that they should go there.” There was some cynicism in her voice but also a reserved anxiety. That area has been home to blind urban diviners since the late 1960s after they relocated from their village at the foot of Mt. Nam (Namsan) in central Seoul due to urban redevelopment plans during president Park Chung-hee’s administration. Their village near Namsan was a shantytown and when relocation was required one famous diviner, Lee Do-Byeong, decided on the Mia-ri area because real estate was cheap and the subway at that time reached that far north; economics and logistics. Yet, as the Line 4 subway hummed north I wondered what other reasons Lee had for choosing the site; spiritually something had to be at work. Stepping out Exit 7 at Sungshin Women’s University Station on a windy winter’s day I was met by the concrete catchall that is Seoul: banks, churches, coffee shops, a doctor’s clinic. No mist. No street-side stalls with diviners foretelling the future. Just another anonymous subway exit. Heading north up the sidewalk I noticed very little except the usual rush of people brushing past and the din of traffic on my right. I thought about asking an old security guard I spotted directing cars into parking but recalled how such questions had been received before. Just a few moments later I spotted the first yokhagwon sign on my left down a side street which indicated a diviner’s place of business and as I continued ahead, the main road on the right began to ascend above the sidewalk creating a rising wall against a row of doors on the left, many only a few meters apart. This was the place.

History and the blind seers themselves say that divining was one of the few jobs the blind were able to pursue in the past. Masseuse and prostitute were two others. The first diviner that I met with, Baek Il-hong, went blind at the age of three from measles and said of her own fortune: “It said I would be a diviner of the owner of a brothel.” Now in her 60s, Baek has a right eye that’s milky offering only enough vision for her to identify movement and shapes. Her left eye has no vision and remains closed. Yet it is clear that she must have been pretty as a younger woman, something that she was not shy about admitting. She explained that she began her studies at the age of eight saying that she knew “studying hard was my only chance.” Although Baek offered few specifics about her grade school work and secondary studies, she emphasized that she used some elements of I Ching and the 12 animals of the Chinese zodiac but mostly relied on Tojeong. At the age of 20 she did her first divination in Mia-ri and has been reading fortunes ever since. “Back then it was much busier because there were fewer of us,” she said. “In the last 20 years many more diviners have moved here.” It is rather clear that Baek has done well given the size of her space on the main drag and the upkeep on her traditional Korean home that sits behind the frontal façade of business signs and glass. What is her secret? “I have built a reputation over the years with my divinations,” she answered. “People know if you can do your job….then they come back.” Baek listed mothers searching for good omens about their kids’ upcoming tests, single women wondering about their luck in love, sick people hoping to ward off evil spirits and politicians desperate for a read on their political future as just some of the regular visitors. “Politicians come often and are the most reactive,” she said regarding the reactions of politicians who don’t like her reading. “If they don’t like what they hear, they will get up and walk right out in the middle.” However, she said, they often return a year or two later: “They come back because they see that I was right and they want to get another reading.”  In fact, I found, the election season is one of the busiest seasons for diviners.

There are people who belittle and snicker at the idea of divination dismissing it as mumbo jumbo or in the same area as snake oil. It would seem that most of the skeptics have never been to a fortune teller and that they generally pose the same question that my devout Christian friend did when I asked him about it. Thus, I wanted more tangible evidence and began asking Korean acquaintances if they knew of any actual situations where the diviners had told their family something that had implications. Most people, again, didn’t want to talk much about it if they knew anything or just said that that was something only grandparents would know about. But then a younger friend whose grandparents have visited diviners for many years shared a personal story involving her own parents. It began with her grandmother visiting a diviner to find out how compatible her future parents were. Apparently the diviner said the two should not get married given what the four pillars forecast; there were bad omens. Despite this, the two were married. This was defiance in the eyes of the grandparents and they would not let it go especially after what was to follow…