Editor’s note: The writer requested anonymity due to the sensitivity of the subject. Any responses can be sent to 3wmseoul@gmail.com

A Twitter post on my wall by a past admirer: “Guess this is why you ignored my advances!” A shared link to an article about the confessions of a genderfluid Korean teenager. An influx of tweets into my inbox. Tweets of disgust and hate and disappointment.

I wake up drenched in sweat. The dampness sends chills down my spine.

Then I remember that I don’t even have a Twitter account. Us digital kids and our digital nightmares.

It’s been nearly two years since I came out as genderfluid on this site. For the first few days after my story went up, I got high on the adrenaline from my first real rebellion, though I did request my anonymity. Later, as the views ticked up, I admit having felt a bit paranoid about the possibility of an accidental reveal.

Twenty-two months passed, and my life went on without anyone I know giving a darn. Guess that went better than I expected.

In a more personal sense, however, I suppose some aspects about me have changed — hairstyle, favorite movies, etc. — as it is for any other teen.

Some moments of stupidity, like that time when I, on one particularly depressed evening, tried to come out to my mother over the phone. I rambled on as if I were inebriated, struggling to put together proper sentences to describe how I consider my gender identity. “I… am not so sure… if I consider myself a…”

You would’ve thought I said, “Mama, I killed a man,” from her tone of disapproval. Her barrage of words prevented me from explaining further: You were born in an academic household without many hyper-feminine relatives. I myself don’t wear makeup, nor have I taught you to. I know you like boys, and you need to have very strong attraction towards girls to define yourself  as a transgender. Thus, you’re simply a confused tomboy, and…

Along with that connection to family came a phase of self-doubt about whether the fruit I bit into was of knowledge or deception. Was I really genderfluid or was it merely a series of acquired traditionally-masculine traits? Was I simply struggling to climb the social ladder by proving myself worthy in activities traditionally associated with both genders? Did I fundamentally seek to receive validation from the cutthroat patriarchal family members and to make up for my mother not having any sons?

With such questions in mind, I took time off from my own concerns to tune in to what the others have to say on the topic, observing society’s views while trying to dismiss my own personal experiences and feelings as a member of the LGBTQ community. 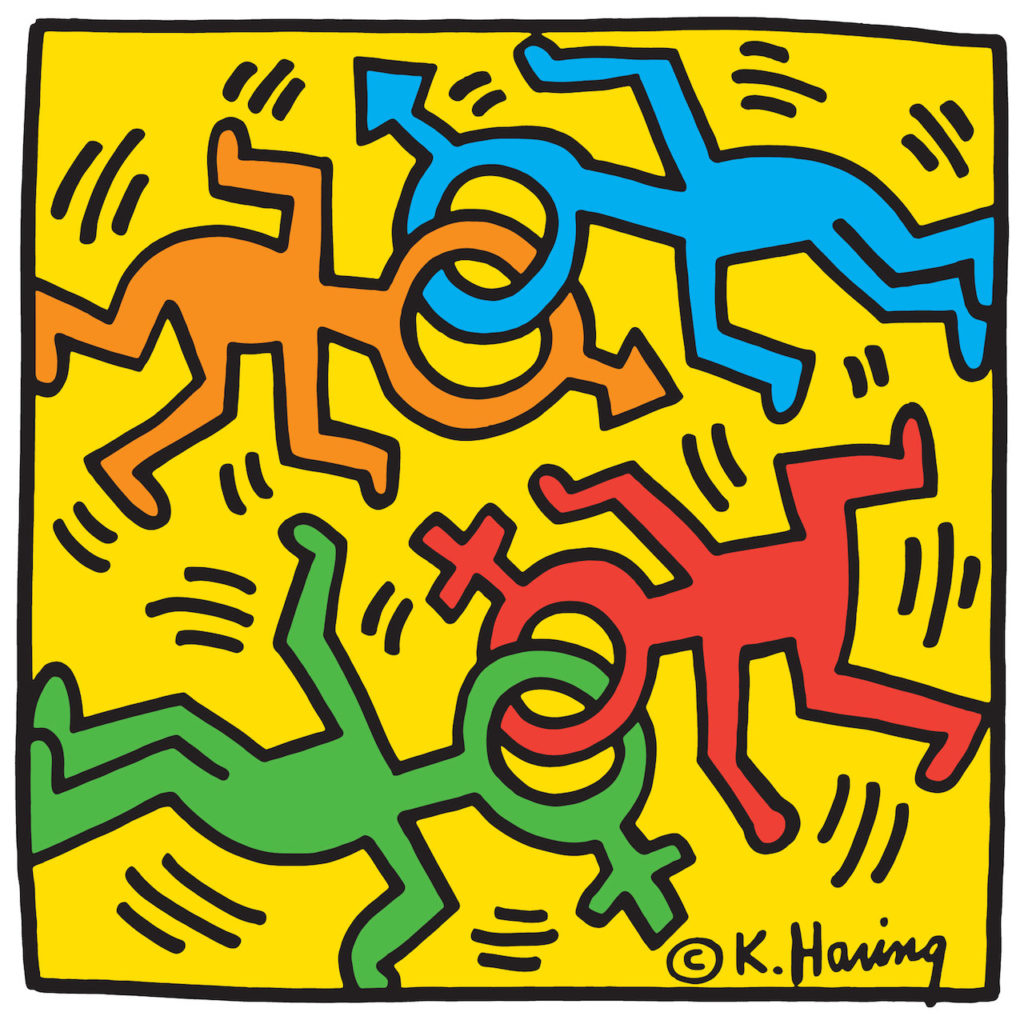 “LGBTQ is one of the roots of evil in society. To prevent confusion and inefficiency, they need to be educated in order to turn them back to the natural state,” one classmate claimed during a group discussion in sociology class. A few others said that they were “against” gay people. Thankfully, such strong antipathy is starting to be considered as extreme even in Korea, as I saw the jaws of some students drop incredulously. There were also generous opinions that showed unconditional support, though not from our Korean classroom:

“I can’t believe gay marriage is illegal in Korea,” a German teen said in disbelief when the matter was brought up for discussion among a group of international students participating in a templestay. Her enthusiastic support gave me a bit more hope for the future. “My goodness, are we not all equal beings deserving of the same rights?,” she continued. Oh, my dear friend, if only the future was as bright as you are.

However, I found that most students, especially in Korea, were somewhere in between–having doubt about the repressive old values, yet still afraid to look into themselves. Back in my high school classroom: “Perhaps the ‘girl crush’ that we talk about is an indicator of how most people are on the polar ends of the gender/sexuality spectrum,” another classmate boldly claim. Hearing that, I felt the shame of having generalized my peers as narrow-minded and conservative; my preconceptions might’ve caused my sense of isolation in terms of gender issues. But then, I still didn’t know anyone around me having the same identit…

“To tell you the truth, I don’t consider myself a girl,” a friend declares during a private chat.

Life’s funny like that. Just as I was trying to stop focusing solely on my own gender identity, a friend reveals her experiences and the hardships she is going through (or zirs and ze, though the friend doesn’t care for pronouns). And through the confession, I see my own self still not telling anyone in real life, still filled with self-doubt that I’m try to bury under thoughts about anything other than myself.

“And you don’t see yourself at all as a girl?”

I wanted to ask why not. But the words of my mother, resonated in my head: “Why can’t you see yourself as a tomboy?” Nor could I bring myself to say, “Me neither.” All that came out of my mouth were the words I wanted to hear, if I were to ever reveal the fluidity of my gender to someone I know in real life.

“Okay. It must’ve taken you some guts to tell me. Thanks for sharing. I hope you’re not hard on yourself because of what others define you as.”

Confession time. Even after talking with the friend, I still don’t plan on revealing my own gender to anyone in real life. The chances of my bringing up the topic during a family meal is almost nonexistent now. I have, however, learned to fear not the nightmares that had stemmed from paranoia and self-doubt because, after all the different opinions I’ve encountered, I’m sure some people would be on my side. Most importantly, I did nothing wrong. Yet I am reluctant when it comes to letting others know.

Such is life. Such is my life. No need for pity; I do show myself in every aspect. I try to get my voice heard. I break some traditional gender roles. Still, it will take much more time and stronger motivations to get me to proudly present the fluidity of my gender.

I’ve fantasized about my family replying to my “I’m genderfluid,” with benign nonchalance, as if what I said was of no more importance than my preference for strawberry ice cream over chocolate. Now I’m just living on a prayer that there will be a day when being a gender and/or sexual minority wouldn’t overpower other innumerable qualities people see in a human entity.

I also hope for more basic acceptance, not only for the LGBTQ but for all human identity, conditions and characteristics that are currently being misunderstood and blindly criticized. Until then, being the coward I am, the best I can do is to let my agony out through these written pieces and sometimes submit them under the cloak of anonymity.

Seeing many girls around me delve into the intricate world of cosmetics and replace meals with weight loss smoothies (which is an entirely different problem on its own) and, most notably, start dating adoring boys, I feel even more left out than before. While I am content being single for now, I worry about my future. What if the ones I’m attracted to see me as a mere pal than a partner? Would I get friendzoned because I don’t wear cosmetics in a nation where the “all-natural” look wouldn’t take an average-looking person very far? I take fair care of myself, but I do an awful job at coming across as “feminine.” And for many, my desire to wear the pants (though I am willing to share them) in the relationship would be a turn-off.

While finding love is hard for anyone, the potential of perpetual loneliness does scare me. And I’m more concerned that I would start denying or blaming my gender identity for problems in relationships, or the lack thereof.

In terms of other parts of my life, however, I’m fairly content. I can’t say fluidity is a blessing but it certainly isn’t a curse either. Plus, my rational self tells me that whether it be work or romance, it will be up to my own efforts to determine the course of events. With that in mind, I’ll continue my journey forward, uncertain about the effects my fluidity will have on my life and others. 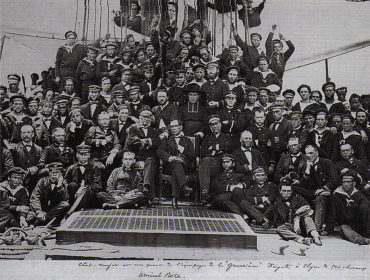