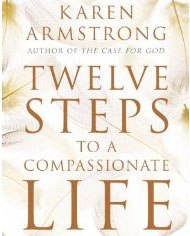 Listen to the Story here

From Confucius to Oprah, people have preached compassion for centuries. But how often is it put into practice? Karen Armstrong believes religion, which should advocate for compassionate living, is often part of the problem. In Twelve Steps To A Compassionate Life, she describes ways to add kindness to daily routines.

In light of recent events — the shootings at Rep. Gabrielle Giffords’ event in Arizona, and the assassination of Punjab province Gov. Salman Taseer in Pakistan — Armstrong’s message is especially poignant. “There’s a mood of despair around, whether we’re Easterners or Westerners,” Armstrong tells NPR’s Neal Conan. “And despair is a dangerous thing, because once people lose hope, they can resort to extreme measures.”

Armstrong admits compassion isn’t a very popular virtue. “People often prefer to be right,” she says. And though she offers these 12 steps, it’s not a get-compassionate-quick scheme. “This is a struggle for a lifetime, because there are aspects in it that militate against compassion.”

For example, it’s hard to love your enemies. We are driven by our legacy from our reptilian ancestors, Armstrong says. It “makes us put ourselves first, become angry, [and] when we feel threatened in any way, we lash out violently.”

Armstrong says she struggles with compassion, “all the time, every day.” She admits to a sharp tongue, and “like everybody, I feel I’ve suffered, I feel I’ve been damaged, I meditate unpleasantly on my enemies and feel this corrosive sense of anger.”

But her religious studies kept guiding her back to the theme of compassion. In histories of Jerusalem, God, even fundamentalism, compassion popped up again and again. And that’s what frustrates her.

“The religions,” she says, “which should be making a major contribution to one of the chief tasks of our generation — which is to build a global community, where people of all opinions and all ethnicities can live together in harmony — are seen as part of the problem, not as part of the solution.”

The golden rule, a commonality throughout religion and guiding force for compassion, “asks you to look into your own heart, discover what gives you pain, and then refuse under any circumstance whatsoever to inflict that pain on anyone else.” It’s tricky, because each situation and individual must be evaluated differently.

But making space for the other “in our minds and our hearts and our policies” is essential to Armstrong. “We are always talking about the importance of democracy. But I think in our perilously divided world, we need global democracy, where all people’s voices are heard, not just those of the rich and the powerful.”

And Armstrong willingly answers the charge that her prescription is naive. Think of Martin Luther King Jr., of Gandhi, of Nelson Mandela, she says. “One sees what one person can do,” the tremendous impact a decision to seek reconciliation, not revenge, as Mandela chose. “You have to be optimistic,” Armstrong says. “Because when optimism fails and despair takes over … then you’ve got a problem.”

Listen to Armstrong interview on “The Case for God” here.

Listen to Karen Armstrong on myths and the modern world here. 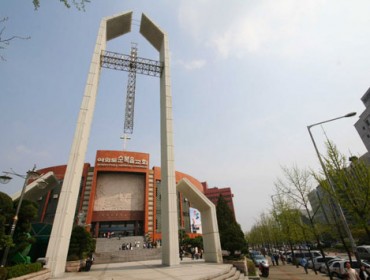 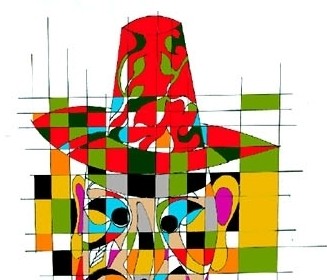