The Subway Clashes of a Changing Korea

“Respect your elders,” I was told as a boy growing up in New England.  But with this adage came the tacit understanding that an individual had to earn respect and didn’t automatically deserve special treatment.  Mainly the blanket respect only applied to those of retirement age and beyond:  hold the door for the old woman; help the old man struggling to lift something; let old people go first in line and so on.

So once I arrived in Korea, it was no shock that I was expected to let elderly people have my seat on the subway or bus.  It seemed like basic human courtesy. The confusion came with the across the board application of this age hierarchy—if someone is older than you, even by a year or less, they are in a position deserving of your respect.  Consequently, names are immediately assigned in relationships—older brother, older sister; younger brother, younger sister—once the age difference is established and a different form of the language must be spoken by the younger to the older.  The speech hierarchies apply to many situations with the most common forms being ban mal (informal speech spoken between friends and acceptable for an older person to use when speaking to a younger person) and joen-dae mal (the polite form of speech required when speaking to older people and in formal situations).  In the past, violating this established social hierarchy was largely taboo and could result in pillory or ostracism

Enter Post-Korean War urbanization and industrialization, which brought intense competition for success and a shift from hierarchical and patriarchal relationships to egalitarianism and individualism (President Lee Myung-bak’s recent call for a “fair society” reflects the fact that there is a call to level the playing field and dismantle the ubiquitous ladder).  These immense social alterations have thrown a large wrench in the traditional Confucian works that have long governed Korean society and kept people in their places.

An ideal place to witness the disruptions taking place within changing Korean culture is the subway system where all walks of life mix and collide.  One of the first well known uproars among the population came in July of 2005 when the Confucian concept of social responsibility was violated by a young woman who left her dog’s defecation on the floor of a

subway car.  The incident was captured on camera and went viral earning the young woman the name “dog poop girl.”  Moreover, the story was intensely covered by the traditional press. Consequently, she was excoriated and vilified by a furious citizenry—netizens uncovered and revealed her personal information, including the name of her college which she later had to leave due to the massive witch hunt.

Then, last October, one of the first full-on physical clashes took place between a middle aged woman (ajumma) and a school girl after the girl reportedly brushed the woman’s clothes with her shoe while crossing her legs. Some dirt from the shoe got on the ajumma who then scolded the girl. During the revilement the girl, after apologizing twice, used ban mal further infuriating the woman. A scuffle ensued as the woman exploded, wrestling the girl around the car by her hair while hurling insults. Other passengers just looked on or peered into their digital universes as the two tussled from one end of the car to the other. Eventually the two split and the girl frantically got out her cell phone, apparently to call her father. She can be heard saying, “I hate Korea, dad.” Reactions to the incident were mixed: some said the ajumma was a typical abuser of the age hierarchy—older people who rudely act like they’re entitled to special treatment—and that she never should’ve been so violent; others said the girl should’ve kept quiet and minded her manners; still others said someone should have intervened.

*************************************************************************
The latest disturbance, also filmed on the subway, shows a younger man—probably in his 20s—lashing out at a seated man who looks like he could be his grandfather. Witnesses reportedly say that the old man asked the younger guy not to cross his legs because the bottom of his shoe was brushing up against the pants of the elderly gent. This part of the incident is not on camera but what was captured portrays a vitriolic, uncivilized man in a tight polo shirt berating a genial looking old man—throughout the video the old man is calm and composed offering a sharp juxtaposition. I’d like to think that this would offend and anger people in any society around the world but when you put it into the Confucian context of Korea, it comes across as something akin to beating up an old lady and kicking her when she’s down (in the video the younger man actually fakes a swing at the old fellow). One minor assuagement is that a middle-aged man tries to stop the aggression—a sign that some social order is in place. Yet even he is accosted by the choleric man. The whole thing ends when the aggressor reaches his stop. So far little has been said of the ramifications except that netizens got wind of the young man’s supposed school and launched an attack only to later find that it wasn’t the right school. Nathan at Asian Correspondent reports that the story was the most read on Naver (the man has been labeled 막말남 or perhaps, “Rude speaking man”). 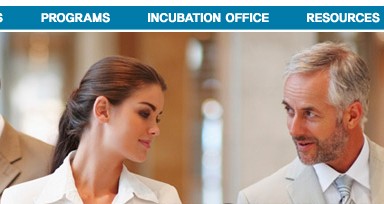 How to Start a Business in Korea: The AFEK Business Conference