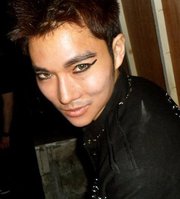 Have you ever thought about how weird life can get? Hoping from one culture to another as we have you get a chance to see what useful fictions people live by. At the forefront of sexual politics many have called dogma surrounding marriage and monogamy the biggest illusion and our most cherished useful fiction. What people do at all costs to keep a failing marriage together is really beyond me but sometimes, every once in a while we get a glimpse. Coming to grace us here in Seoul is White Box Theater’s production of “Who’s Afraid of Virginia Woolf”. This amazing modern classic broke ground in 1962 artistically ushering the death of the bubble gum 50’s and the cursing honesty of modern theater and cinema. It won its author Edward Albee the Tony and the New York Drama Critics Award for best play and to top it off, it basically won the Pulitzer Prize for Drama–but due to objections to the play’s use of profanity and sexual themes, the board decided not to give out a Pulitzer in Drama that year. That’s how powerful an impact this work had and has today. I got a chance to see a preview run of the show and talk to director Quinn Olbrich about the production.

m. I’m here with Quinn Olbrich. Thank you so much for taking time out of your busy schedule to speak with me today.

m. Let me just start with background information here. What brought you to Seoul?

q. A couple of different things, One I had graduated from college and I wanted to travel and I had heard Korea was a good place to teach English. But I’m also adopted from Korea so I thought I might as well come back to the motherland so to speak. So a combination of those two things.

m. Has it worked out the way you thought?

q. Um, No, but I think in a good way. My first year I was teaching at a hagwon in Suwon which is a little further away. I didn’t do any theater but in my second year I was kinda getting that itch. But when I moved to Seoul, I got more involved which has been a world of difference in terms of my lifestyle.

m. Speaking of I know you’re working on a big project right now–can you tell me a little about it?

q. I’m directing the play “Who’s Afraid of Virginia Woolf?” by Edward Albee. I cast the show in November of 2011 and now here we are late January knocking on February and we’re going to open up in a week.

m. What are the actual dates of the run?

q. The actual dates are February 3rd, 4th and 5th and the 10th 11th and 12th. That’s a Friday Saturday and Sunday for two weekends.

m. In general what brought you to theater; how did you develop your passion? Were you doing it prior to coming to Korea?

m. What kinds of things did you do as a child?

q. Oh god um…pretty embarrassing…I would direct shows with puppets and when I was even younger, I would use sticks and just act out shows. I had a curtain and I’d put on a show for my family members. I made programs basically doing everything now that I’m doing as a director but on a much s 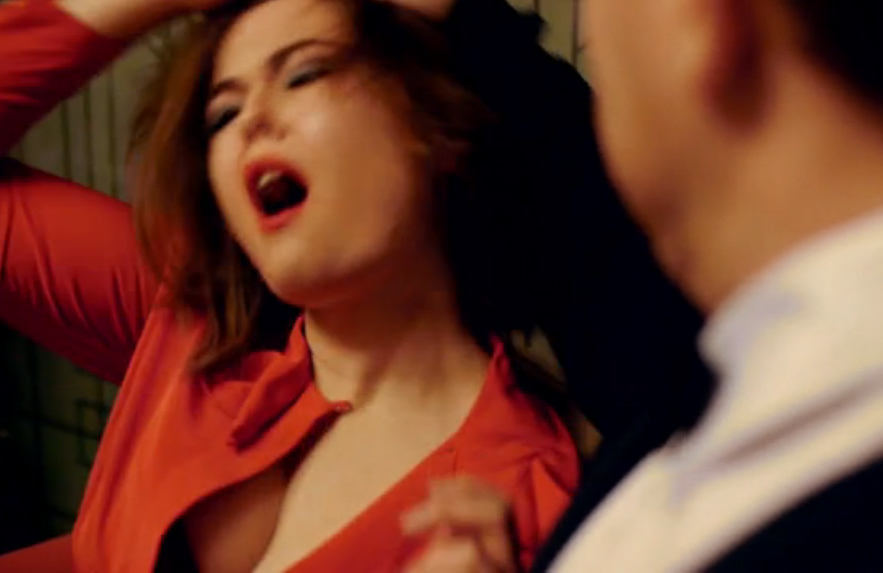 m. So you had your trial by fire at an early age?

q. Yes, but this is my first time directing a full-length play so it’s quite a bit different.

m. So this is your directorial debut with a full-length play?

q. It is exciting. I think going into it, it was a little nerve racking but I knew this was something I wanted to do, and after I got the cast and was able to get a lot of different people involved on the creative side. I think we have been able to come together as a team and it’s made it a really smooth and fun process.

m. Why “Who’s Afraid of Virginia Woolf?” What about the script spoke to you? Why would you want to do this in Korea?

q. Well “WAOVW,” I have to say since I am a bit younger I didn’t know that much about it. My friend and roommate, Rod Lewis, who is also the assistant director introduced the play and the movie to me. After seeing it, we were talking and Albee’s use of language–he finds a nice balance between reality and the absurd and just his quips–his language is so prophetic, interesting and witty it really drew me to it. I also like the idea of “WAOVW” is who’s afraid of facing reality. I think this is a very pertinent theme in today’s society, these where the elements that attracted me to it.

m. That’s such an essential theme of the play and without giving too much away of the story away a dilemma in the marriage of the main couple in the play. Might I ask how old you are?

m. How where you able to relate to the material?

q. Without getting to personal I think that I and people in general can relate to the characters in lots of ways because of the distractions we have in our lives; we evade a lot of responsibility and harsh truths about ourselves and others. I think that this play really speaks to that, grabs the bulls by its horns so to speak and confronts the issue.

m. Did directing the play in Korea post any specific challenges?

q. Fortunately, no, with such a big classic intense play I knew it would require a really strong cast. I feel we have the talent in Korea and during auditions I was really impressed and surprised. A lot of people showed up but also the quality was really good including people I’ve never seen before. So casting the show was incredibly difficult but I’m really pleased with the cast I have.

m. “WAOVW” is maybe one of the most revered modern classics, being your first full-length where you intimidated at all by the material?

q. I did have several concerns but luckily I didn’t actually have to face all of them. I think the biggest thing was as a director you just need to know the play inside out, you need to know what the actors are saying, what their motivations are, the dynamics and the story arc. There are so many factors–not that I didn’t trust myself but this is such a long play and I didn’t know the play inside out for years and years so that was definitely a concern of mine just knowing the play well enough to get everything that I wanted out of the script. Luckily I feel I’ve been able to do that.

m. For some the length of the play seems to be an issue and the complex nature of the theme. You can’t encapsulate it with an easy expression like love conquers all. How where you able to overcome the difficulty in presenting the material?

q. It goes back to really understanding the characters and understanding the script well. The material has been a good challenge. Because of that not despite it, I’ve been able to rise to the occasion and so have the actors in terms of knowing the script and really understanding the characters and the dynamics which is so important for any play but especially for this play because things aren’t spelled out very clearly. While there is a narrative there’s subplot and multiple meanings with the same sort of lines and when in doubt, I looked to the text. That was my outline in telling me what to do.

m. What can people expect when they come to see the show?

q. A lot. I hope people will come and enjoy a good time as far as just seeing a good piece of theater. But I also hope people will come away from the show and start a conversation about this ideas of reality and the absurd and just how people deal with that in their own lives or with other people. I definitely hope they’ll enjoy th 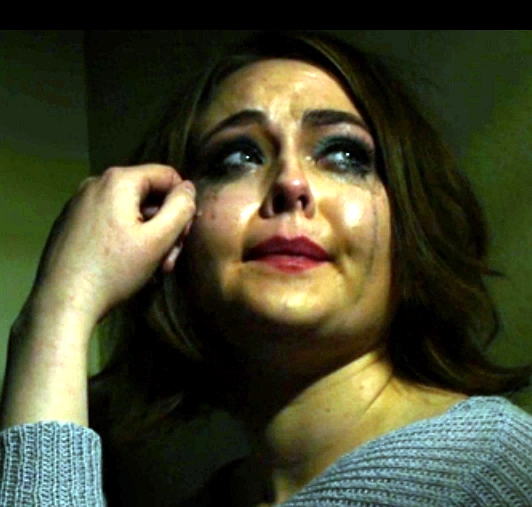 m. Is there anything about this play you feel speaks to the context of Korea?

q. To be honest I haven’t really thought about that too much… Absolutely I think that Korea being such a high-tech country where everyone is so busy, where image, status and reputation are so important. I think that this play is really relevant because in effect the two main characters George and Martha on the surface their façade they care so much about their reputation but underneath they’re just packing skeletons in the closet deeper and deeper and in the play it’s all released. In societies like Korea I think keeping secrets is something that people do naturally.

m. It seems the expat theater scene has really expanded;what are your impressions of the scene as of late?

q. I think it’s been pretty amazing. Like I said, I just started getting involved with the scene about a year ago and right around then as far as people I’ve spoken with, it has jumped leaps and bounds within that year. I think it’s great that different theater companies are opening and people are working together and it’s a really great community because there are a lot of really talented people and because of our situation in Seoul teaching we have the opportunity do theater together, maybe opportunities we wouldn’t get to do otherwise being back at home in a smaller scene or having to struggle for work.

m. Having evenings and disposable income really helps a lot doesn’t it.

q. Absolutely and people are really feeding off of that and hopefully it just going to become bigger

m. What future plans do you have?

q. Hopefully I’ll be directing more and acting as well. This experience has been really great. I’ve learned a lot so I’d definitely love to direct again in Seoul and take everything I’ve learned on board and make it even better.

m. There are so many people who want to get into theater any advice for them?

q. Theater can be intimidating in terms of time constraints or just in terms of getting into the scene but I would encourage everyone to go out and audition and do things. It’s very cliché of me to say this but it’s true. This community I find is a little bit unlike others that I’ve been in where everyone truly is just doing is for the love of theater, there aren’t a lot of politics, it’s not as competitive in a traditional sense so if you want to get involved get involved. Everyone is always looking for more people because of the come-and-go nature of expats in Korea there is always a need and desire. And with our own disposable income people can create their own projects as well. Besides the things that are going on if you want to do a play if you want to get involved there are definitely opportunities.

m. Any advice for actors?

q. Know what you’re talking about so know the script because that will obviously influence your actions and intentions and also really listen to your fellow actors because it’s all about the connection and rapport you have on stage.

m. Alright, Quinn, I just want to thank you for a little bit of your time today.

q. Thank you very much Ernie

m. And everyone come out of course and watch the show this and the following weekend at the White Box Theater. 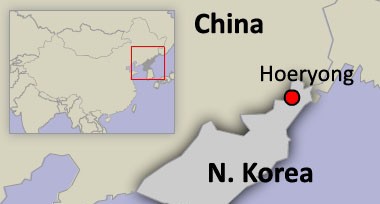