Do you Remember Rock ‘n’ Roll Sinchon?—The Liner Notes (side A)

To take the stairs and walk down into the Nori bar was always a rush. When the scene was peaking, abandon all your form, turn on the bat radar and shuttle your way to any unoccupied place of wood and start to order a drink. The real wood bar and tables, the high ceilings with the sound and light rigging of a planetarium, the warm anti-perfume pro vinyl smells, the high fidelity of 4/4 beat pulsing music: this wasn’t a rock ‘n’ roll bar this was an incubator. You would swear the place had lungs: it was able to breathe. Yet, in fact, the weekends at Nori constituted a sporting event: The Bacchanal in the Basement. Repressed locals and foreigner scamps together coming down closer to sea level, to the one place in planet Korea where anything goes.

The first compatriot I met was Todd. He was the muscled-up spitting image of Jane’s Addiction drummer Stephen Perkins but with wavier roadie-style hair. I don’t know which state he was from, but years before Nori, he was fringe-living in Rehovot, Israel with an Israeli woman or two he was pleasing in exchange for his rent. At about that same time, I was also living in Israel (just a few miles from him) on a kibbutz and playing tennis. Not too hard to bond with someone who drinks Jack Daniels and also reckons that the buzz down in Nori basement could equate to hoboing around a desert country of prophets and mad men. Daniel (or Danielo as I call him) was the regular Dj then at Nori, and that was a jolt itself; just seeing a foreigner in charge of the music at a Korean-owned bar. Heavy set and bald and, just like green tea, much easier to love than to like. He was Québécois which denotes: surly face-to-face people skills plus a predilection for taking a music request he didn’t like and dealing it to the back of the request pile. He looked like he drank a lot of Coke, and he rocked two ways—no I don’t mean it like that–he rocked old and strong, or, he rocked with Dylan. Hendrix, AC/DC, Bowie, The Stones , Thin Lizzy, Eric Clapton, Queen et al et al. And any request made for Dylan went alpha.

If you have ever been down in Nori you couldn’t miss the large wall of vinyl behind the bar. It’s mostly classic rock-AOR-rock bar standards-some reggae; but to hear it was really to hear it. The freshness and the quirks on the vinyl. It wasn’t at all staid like it might sound. Daniello could put a mix together that kept the floor lively while keeping the devoted music molesters off his back. He also had some ‘snatch songs’ that he would come up with just as the sound might be going too much in a terminal direction. He could reboot his list after playing something part nonsense-camp, part exploding-pop like Sweet, Ballroom Blitz. When that played everyone was unglued. Something else about Danielo, (saving the best for last) he was telepathic. I should say we were telepathic. He could often divine the song I would request and when I started Dj-ing at Nori, he would come up to hear a song I knew he wanted before it reached his lips. And this was no way us knowing each other’s tastes. My back would be to the floor and I would be pulling something to play and he would come and ask for it, or, he would get to the bar just when that song went on. Nirvana: Breed, was the last song we communicated that way. Maybe Nori was built on some sort of superabundant reality vortex and the walls were lined with ectoplasm. After being in here just once on a banging night, you knew anything was possible.

I didn’t really know how I stood with the owner of Nori, Gyoung Ju, (Eumach Synim, Music Monk—as I called him). In a very wide world too full of every day pretenders and on-line casualties claiming to be in the know, Eumach Synim was simply one of the realest dudes you’ll ever meet. In order to protect his investment he might or might not be mobbed up with the Korean mafia (Kkangpae) but that literally just comes with the territory of being a bar owner in Sinchon and many other Seoul night life districts. Why was it impossible not to admire Eumach Synim? He was a Korean man with a Confucian cultural background who started a rock ‘n’ roll bar. Why? Because he could feel the music. After a couple of months of hanging out, I knew I wanted in, to be part of Nori, to be on the other side of the altar and grabbing the vinyl. Over many late nights I had convinced him, Danielo, Todd and other 1st wave Sinchoners that Springsteen’s Born to Run was the best 4 minutes in rock ‘n’ roll, and that my motor skills kept their par no matter how much drinking went on, but there were arch incidents too. 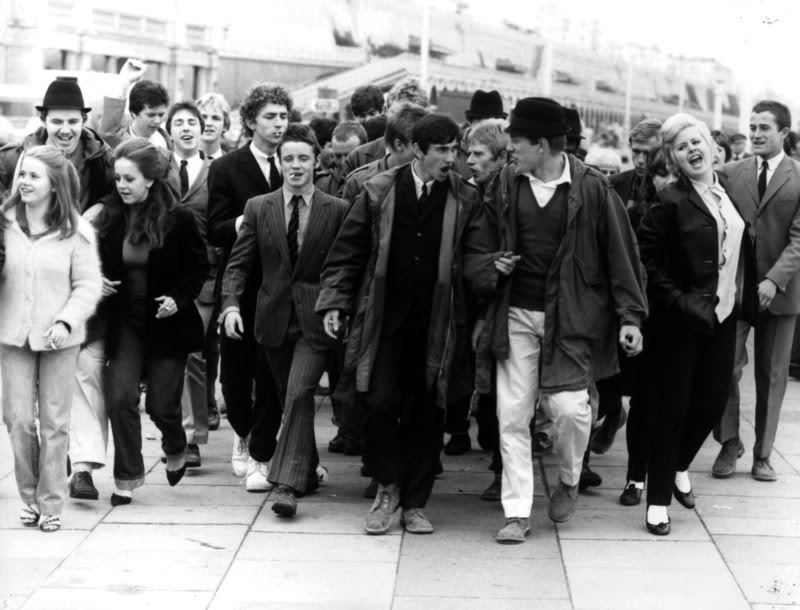 When the Korea Herald featured the earliest version of 3WM in one of their branding Korea, expats-are-fun puff pieces, a few of us went down to Nori with our tongues-in-cheek to celebrate. Danielo was playing U2, Sunday Bloody Sunday, when an older Korean ajjoshi well in the sway of several bottles of soju came down and starting roughing up a younger Korean guy standing at the bar. The DDD layout artist ‘Moon man’ was drawn into it right away and shortly thereafter was a rugby scrum in the middle of the floor. Soon we were all on the street lining up to a Quadrophenia scene square off when the police came and took Moon man and the flustered kid down to the Sinchon police station. Best I could make out the fight wasn’t racial (Moon Man is Korean) or ever really heading to pure violence. The ajjoshi came down only to pull his son out of Nori. He just didn’t want him being down there. So the father and son were locals; one was drinking on the street and the other in the basement. The police had interrogated the kid behind closed doors for about thirty minutes and when he came out, he explained that he was just protecting his father who was beyond being able to take care of himself. Moon man had chipped the kid’s tooth in the kerfuffle and had to pay the old man about 500$ for the damage. The kid was plainly dressed nor did he stomp and plea like a trendy Yonsei University student. He just came down for a beer and some music and two hours later he’s missing half a tooth and defending his father to the cops. On the way out I tossed the kid the Buddha beads from my wrist, apologized and walked home. It was another real night in Sinchon.

And then a few weeks later on a quiet weeknight with about 10 people in the basement came the dispute over the Buddhist Zen image. Two men about grad-student age were sitting at the middle of the bar leaving a space for me to sit on the right end in front of Eumach Synim. Cards from a local exhibition were lying haphazardly and after a beer, I picked one up and started describing it as a “Couple’s card.” The way the two bodies were facing each other with the feminine on the right and facing outward, pursued by the masculine figure on the left. Her face open, engaging, emotional, his face, or maybe just his eyes, direct and already provoked by his quest. The two started paying attention so I described it,

“Her style is friendly and open. His style is direct because he wants something. He wants her!”

The two started hissing slightly and the one farther away began telling me with battleship graveness, “This is Zen. Symbol of Zen, of contentment.”

“I know. See how they are content? He is the hunter and she is the hunted. She is flirting and he is receiving it.”

“No, No. You are not Korean you don’t understand the spirit in this picture!”

I looked at the art-card again and began to show and point to how certain opposite sex body parts were drawn, but they put down their beers hopped out of their chairs and walked away up the stairs shouting back down to me that I wasn’t Korean. I wasn’t Korean? No denying that. And no new converts to the possibilities of art either but the handful of regulars around the bar were amused, and now I felt like a ‘music people’ regular. It was easy to discern that on the weekdays Nori stays casual. No matter how strong the music and even when people start dancing, being in the basement still feels like you are in a comfortable womb. Maybe too comfortable. Out of nowhere, tapping me on the shoulder, ‘Johnny Depp’ was about to introduce himself.

“I know you man. You here regular right? Nice to meet you I am Johnny, call me Johnny. That’s my English name. What’s your name?”

I told Johnny and he continued, “I heard what you are saying about that picture and you are right man. It’s a man and a women maybe they are falling in love.”

Johnny took a seat at the bar. And I caught Danielo rolling his eyes.

“Tell me who do I like look like?” The resemblance was obvious but I felt he wanted to deliver the punch line. “I’m Johnny Depp man; Korean Johnny Depp.”

And anyone so front loaded as ‘Johnny’ had to be able to live up to the image. He moved around the basement like a Johnny Depp kewpie doll on a postcard from Asia sent express. He asked Daniel, “You know what I want to hear right?” He was a break-neck speed talker and it seemed he asked me at the same time, “So what’s your favorite music man?”

Eumach Synim and Todd were with the usual talk about how nuts the place was over the weekend as I answered Johnny, “It’s like Lou Reed says, if rock ‘n’ roll isn’t an exorcism then it’s a straight jacket.”

Daniel already had the record cued and Johnny began dancing and communicating with the ectoplasm in the bar,

The soundtrack of Miami Vice. What a funny moment. Johnny Depp started explaining his love for the show and the actors, “ I like the black guy too man. And those clothes Miami- style. That’s how I want to live man cause I belong to the city, Hey man you’re part of New York so you have to understand that right?” It didn’t much matter what I said; Johnny ‘fucking’ Depp was channeling gods whom I don’t think I am on familiar terms with.

Johnny would always go up to new people at the Nori and go into his routine. Actually he was also generous too–he would love to be the high-baller and buy drinks when he could. Later down the Nori time line Johnny’s openness would end up being his undoing but that was unknowable; at night at the basement at Nori he was Johnny ‘Fucking’ Depp. Even when I found out that his daytime job was delivering Canis Familiaris meat to dog meat restaurants it didn’t matter. Diurnal tool and maybe even fall guy in the dog meat truck, nocturnal celebrity in the basement.