Probably no other image sums up Korean culture more perfectly than the word ‘rice’. Since pre-historic Koreans began to systematically cultivate this crop thousands of years ago, the general credo ever since has been “We are the people of the rice”. I have asked Korean children what they can see on the moon, they often tell that they see rabbits milling the crop. And of course Chuseok (the most venerated of East Asian holidays), is mainly about celebrating the annual rice harvest.

Given the fact that rice is so entrenched in the national ethos, and that the United Nations International Year of Rice (2004) has only just ended, you would be excused for thinking that the three and a half million Korean farmers who make their living from growing rice are fairly well off.

Think again! Implications from recent discussions between Korea and major rice exporting nations seriously threaten rice farmers livelihoods, and some even think that the destruction of the lifeblood and foundation of Korean culture is on the way.

At the crux of the issue is South Korea’s commitment to World Agricultural Trade Liberalization, which it confirmed at the Uruguay (1) GATT round (the precursor of the WTO: World Trade Organization) in 1995. As a result of the Uruguay round the government opened most of its agricultural and fisheries markets to imported products in July 1997. Until very recently imported rice was still subject to a Minimum Market Access Quota (MMA) to protect the Korean rice industry. Last year though, the Roh administration, acknowledging pressure from its major trading partners, expressed a willingness to negotiate the opening of the market, with an agreement finally being brokered with nine exporting countries after many months of talks in late December.

For the first time, imported rice can directly be sold to local consumer. 10% of the total import market share will be available this year and 30% by 2010! Perhaps most significantly though, the new MMA can only be maintained until 2014, after which 100% market access must be allowed.

A brief lesson in the direct economic situation shows that international rice trade is not on an even plowing field. The United States contradicts one of the cornerstones of ‘the free market’ economy because between 1995 and 2002 it paid 7.8 billion dollars in (2) subsidies to its rice farmers, the top recipients being large corporate farms, which were already cost efficient and needed the assistance least. Because this rice is part paid for by the US taxpayer, it helps to make American rice four times cheaper for Korean consumers than the local product. Local farmer groups say it is plainly unfair, clearly illustrating the double standards pervading world trade and (3) globalization in general.

I traveled to get the direct story from Mr. Keesob Lee, a farmer from Yeoju, Kyonggi-Do province, one-hour southeast of Seoul. He is a lot more fortunate than many of his colleagues, because his property lies within an area regarded by many as the best rice-growing region in the nation. Still, he is struggling to earn a decent living for himself, his wife and two children.

“Farming in general just doesn’t pay anymore”, he says. “My income is so low that I have to tutor middle and high school kids for their mathematics and English grammar exams”.

Figures from the national statistics office back him up. In the six years from 1996–2002 average farm income (of which rice roughly constitutes fifty percent) rose by a mere five percent, whilst farm debt rose by a whopping seventy percent. Simply speaking, rice prices have not matched their production costs, or the general cost of living for farming families. In the last twelve years, as an increasing amount of growers have sold their land or have had their mortgages foreclosed, the farming population has decreased from 6.6 million, to about maybe half of that. It seems with this, lives have been hollowed out and past dreams confined to the dustbin of memory along the way.

Mr. Lee is rarely at his property these days; he is spending an increasing amount of time tutoring and leaving his wife at home to do the daily chores. “It is far more lucrative and rewarding than farming”, he tells me. “I don’t know what we would do without this extra income”.

He is fortunate that he has an education to do the in demand skill of tutoring. Many rice farmers have just an elementary school level of education, and in reality are poor candidates for the re-training doctrine, which globalization advocates. In Mr. Lee’s village, on the side of a platform tower regularly used by local seniors for recreational purposes, is a sign denouncing the deal, which is a figurative call to arms for the local residents to get out onto the streets and protest.

This village has by no means historically been a hotbed of activism, indeed in the National Assembly elections held in April last year, it was one of the few areas which supported the conservative Grand National Party, totally bucking the Uri Party wave which swept Kyonggi-Do. Like-minded people, however, who have been too busy to resort to any effective means of activism or protest in the past, now echo such sentiments throughout the Korean countryside, and feel that this is their last and only chance to stop the crushing of their livelihood.

One man Lee Kyun Hae, a resident of Jangsu, North Jeolla province, achieved world notoriety when he (4) immolated himself at a WTO meeting in Cancun, Mexico, in September 2003. Climbing a barricade that separated himself and thousands of other protesters from the meeting, he plunged a knife into his chest declaring, “The WTO kills farmers”. Mr. Lee’s story was typical of the average Korean farmer’s lot. He had operated a successful mixed farm producing rice, and grazing three hundred head of cattle on thirty hectares of land. However when the Korean government opened the market to cheaper Australian cattle in the 1990’s the price of beef collapsed and Mr. Lee slipped into debt and eventually lost everything.

Whilst such actions bring the issue to public attention there are numerous considerations (5) permeating society at the moment and it is possible that the “people of the rice’ are going to have re-arrange their outlook. A housewife in a middle class Seoul suburb echoes the typical response most urbanites give on the issue.

“Of course, I would like to buy Korean rice, I think the quality is better and I want to help my country’s farmers. So if I have enough money or if there is a special occasion I will buy it. But I also have to think of my family, if I need to save money I will buy Chinese, American or whatever rice is the cheapest”.

Whilst Mr. Lee questions the future for rice growers, he can’t help but also think about the new Korea.

“I’m a realist”, he says “we can’t stop this from happening. It will take about ten years to sort out. In that time many farmers will go bust, yet some may even do better. Because my farm grows Ichon/Yeoju rice, which is a superior grain; I may even do a little better because there’s potential for it to be marketed in Seoul as boutique rice”. 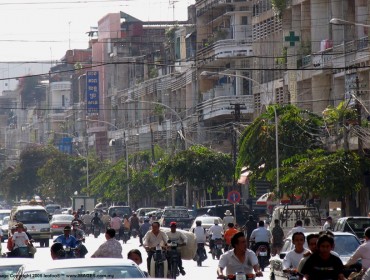 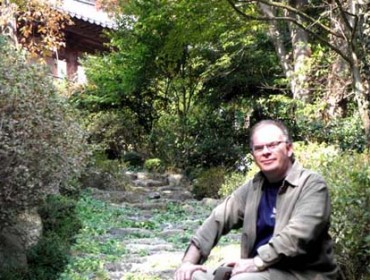