HomeRantOpening salvos and volleys of the Three Wise Monkeys. 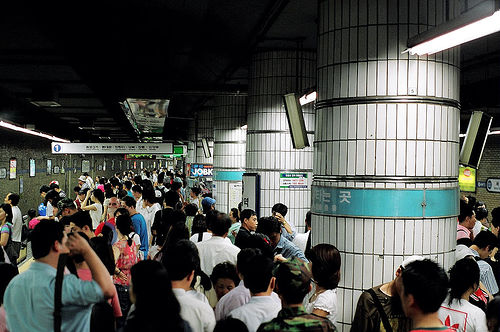 Greetings from The Three Wise Monkeys (3wm), a smart and alternative yet accessible look at the English speaking world roiling to and fro here on the Korean peninsula.

The plan is to put up stories, essays, short films, opinions and anything really that lets people know what life is like over here. Most of the contributions will come from foreigners living here, but there will also be Korean contributors. The task is to be an open-opportunity media which means most of what comes up every Thursday is not anything that you can find in the mainstream English language newspapers, magazines or other websites/blogs. We don’t think we are better than anyone else and there is a lot of stuff out there, it’s just that 3wm wants a different take on things: we believe in a non-commercial and free-wheeling say. We’re here to throw a monkey-wrench into what everybody thinks and feels is the truth. Yeah, well, anyway, we are very open to submissions and contributions from readers who also know that they have something to offer. You can get a lot of info about the project from the buttons on the main page.

So the 3wm perspective comes from living over here day by day in an Orient joy ride, yet keeping it real with a sense of humor and a touch of humility. It’s getting the sense how different this is from what we were used to before we got here. And no matter how long you have been here or if you are just now considering to come to South Korea or even to get out of it, there is one thing you have to do: never fail to be astonished. I mean (after reading this) just think of what’s happened to you in the last week alone.

In the last 24 hours for me, I used up two of the nine lives given to everyone who will go living in a foreign country. In the bright lit grid of the student district of Shinchon, I was involved in some very risky hope-her- older-brother- who- works- at- immigration- don’t- find-out behavior. The steady rain helped keep us hidden in the car like blindfish and that was a good thing as a police car patrolled by tapping its horn and group after group of tipsier students and older brothers loudly scuffled past. And just earlier in that same day I was changing trains to get there and the hordes of senior citizens who ride the subway at that time had instinctively made a parade blockers wedge to ascend the stairs on the left side (Seoul is now trying to get everyone walking and passing on the right). This forced the circle line train early commuters the other way out to their left bank of the stairs. I managed minimal contact by splitting the middle but I was three seconds off and had to shoot out my right arm carrying my Yankees baseball beanie into the closing outer doors. The hat reached and got caught on the inner doors as the outer ones closed on my arm. It didn’t hurt much yet but the frightened looks from the passengers squared away on the inside and already holding their straps revealed catastrophe was a nanosecond away. I strained a super hero with a villain face pose and held it long enough as the doors opened. If you ever watched many ‘Wild Asia’ videos with the restricted rating you have seen what could have happened next. So I got in, to bump down to the next car pretending like it was just another… I don’t know really, I started to feel dizzy and on the way a Korean woman’s British accent trailed, “Everyone’s all right?” Snap! This was it: the selfish American. That’s who I am and everyone in this claustrophobic subway car knows it. Not going with the flow and waiting for the next train which would come in 6 minutes or less, but holding up everyone while risking limb and life like the uncomposed third world monkey I’ve become. When I got away from the spotlight and found some space I flexed my arm okay and then examined the hat and thought what the fuck am I doing? For one thing I am a Met fan not a Yankees…

Well I’m going to cut this short. For one thing the next two pieces are somewhat longer and they, like this bemusing slice of life piece above and the 4th entry of poems, are just some of the kind of stuff 3wm wants to run. Would you like to contribute to the project in some way? Are you looking for a bit of direction on how to chime in and what to do? Well here is a line I read somewhere and it does sound like some kind of wicked monkey maxim: Be astonished with all that you come across and more and more will find you. 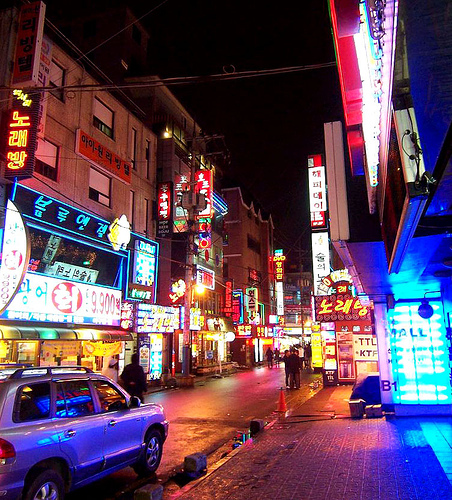 Some miscellaneous notes:
*We as are many music fans are disappointed that the Killers had to postpone the Asian segment of their current tour. We hope things work out for them as 3wm plan on blogging from their Seoul show.
* We need a media planner to help publicize, make a facebook page, and link 3wm up with all that’s out there.
*If you have made it down this far you should know that we are looking for a regular staff member, “The Fourth Wise Monkey”: Shizaru, which exhorts to Do Know Evil.

CONTACT: 3wmseoul@gmail.com
sls known as MIZARU in monkey speak. Was the founder/editor of DDD magazine and is the same for The Three Wise Monkeys 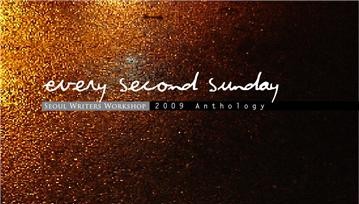 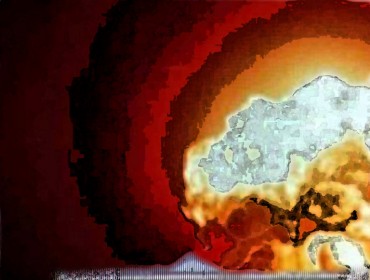