This is an international edition of Big News! But of course, where would we start but right here before wandering the globe for a roundup of recent events. So, in keeping with this week’s theme about room salon culture…

Seoul, South Korea. Recently the Justice Ministry announced that foreigners who had obtained residency status by marriage will no longer be allowed to work in ‘night-time entertainment venues’, such as massage parlors, hostess bars, noraebang, or any other places that “disturb the social order and ‘good’ social conduct”.

That’s right, friends. It’s official. After a revision of regulations scheduled to go before cabinet by July, only true Koreans will have the necessary skills and qualifications to disturb the social order. The reason for all of this? Well, it’s quite simple really. According to a ministry official, “There have been many cases in which foreign spouses have worked as noraebang ‘helpers’ or in massage parlors and have caused social problems”. Of course.

No mention was made in the article that the overwhelming majority of (presumably female) spouses at whom these new laws are aimed are (according to statistics on foreign wives) from China, Vietnam or other South-east Asian countries and are quite possibly not avid readers of the English edition of the JoongAng Ilbo.

Possibly the funniest (or saddest, depending on your mood) thing about this new legal amendment is the trade-off. The official also announced that the Justice Ministry is planning to make it possible for ‘distinguished foreigners in the arts or sports who have lived in Korea for more than five years to be able to acquire Korean residency on an F-5 visa’.

Giving as an example the sort of people who will qualify for this (and are presumably on a plane to Seoul right now to begin their five-year F-5 visa application process) are, according to the official, “Guus Hiddink [the Dutch football coach who led the Korean national team to the semi-finals of the 2002 World Cup], who has contributed to Korea and is renowned internationally, will be able to obtain permanent residency”.

The dedicated team here at Big News! will be based at the airport for the immediate future to bring you updates and interviews as the world-renowned distinguished foreigners flock in.

Tehran, Iran. Overworked seismologists can finally breathe easy (before going out to look for new jobs) after an Iranian cleric not only uncovered the true cause of earthquakes, but also how they may be prevented. In an announcement that will undoubtedly save countless millions of lives, the astonishing work of Hojjat ol-eslam Sediqi (this guy’s a sure bet for a few dozen Nobel Prize awards – a mere single Nobel Prize is no longer deemed sufficient for true visionary geniuses after events that transpired in 2009) is being universally hailed as the greatest scientific discovery since gravity.

During a televised address from a prayer service at a university in Tehran, the senior cleric stated, “Many women who do not dress modestly … lead young men astray, corrupt their chastity and spread adultery in society, which (consequently) increases earthquakes.”

The cleric solemnly took questions from those assembled, specifically regarding the heathen American pigs and their continued dangerous and sinful use of the phrase, ‘Did the earth move for you?’ before continuing.

“What can we do to avoid being buried under the rubble? There is no other solution but to take refuge in religion and to adapt our lives to Islam’s moral codes”.

Warning of the dangers that lay ahead if these scandalous women continued to display strands of external cranial follicles (thereby deviously forcing good, wholesome Iranian men to engage in perverted sexual acts against their will, causing, of course… earthquakes), he then stated, “…No one will be able to confront such a calamity but God’s power, only God’s power. … So let’s not disappoint God.”

Independent observers have suggested that these godless hussies would do well to seek guidance from more enlightened, conservative international groups, lest one final, Iranian skank-inspired cataclysmic event sends humanity the way of the dinosaurs.

Further recent research has shown however that the survival of our species is dependent not only on the placement of stricter controls on these shockingly immoral Iranian bimbos. Since this stunning scientific revelation came to light on April 20, it has already been discovered that an unprovoked and globally televised presentation of a female breast at a popular American sporting event in 2004 may have been directly responsible for a tsunami later that year which tragically claimed the lives of over 200,000 innocent Indonesian Muslims.

This did not prevent a coalition of women from around the world coming together via Facebook in support of their Iranian sisters, in a futile attempt to prove by displaying bare skin and female breasts that women are not actually responsible for earthquakes. After much skin was displayed, a quake measuring around six on the Richter scale struck just east of Taiwan.

A spokesperson for the ‘Boobquake’ group explained from behind a large pair of mammaries that a quake of this magnitude occurs over 150 times each year, and alluded that she was aware of the high probability that the protest would come off looking just a bit silly. Fortunately however, considering the number of partially covered breasts gathered together, there were no serious injuries or deaths.

Dublin, Ireland. A city bus this week was involved in a minor collision with a Guinness truck. No serious damage was sustained, though witnesses, who had quickly assembled to commence cleanup operations in the event of a beer spillage, observed fourteen people board the stationary bus shortly before the authorities arrived. Each complained of neck soreness.

Washinton DC, USA. In what must have been a really fucking slow news day on Capital Hill, it was announced that George W. Bush may be making a political comeback. Closer inspection of this article revealed that the only reference to a comeback of any kind was actually in the opening sentence, which was written in the form of a question.

This news apparently surfaced after some bonehead staff-writer crunched a few numbers and decided, given that two years ago (while W was still in office) 61 percent of Americans thought he was the worst president in America’s history, that the only way for his reputation to go from there must be up, and therefore history would perhaps treat him a little kinder.

Yes folks, for all you believers in the American dream, you CAN do it! To have a shot at being that guy or gal who appears to be the person in charge of the free world, all you have to do is to have held that position before, and have a few people, somewhere, believe that there may have been another person once who did an even worse job of it.

Of course, there was no claim at all, by anyone, anywhere in this pointless article, that W may actually make a political comeback of any kind. Coincidentally enough however, the article did make brief mention (almost immediately) that the former president and his wife both have books coming out this year.

Sydney, Australia.  Indigenous groups were not entirely amused recently to find that a new Australian cookbook features, as one of the ingredients for its ‘Spelt tagliatelle with sardines and prosciutto’, “freshly ground black people”.

Nobody seriously thought that the misspelling of ‘pepper’ wasn’t just an unfortunate typo fed through the spell-checker. A spokesman for the publishing company, Penguin Australia Group, did however.gallantly refuse to apologise for any offence that may have been caused, instead saying, “We’re mortified that this has become an issue of any kind and why anyone would be offended, we don’t know.”

The spokesman said that the job of proofreading cookbooks is “an extremely difficult task”, and also that the seven thousand misprinted copies of the Pasta Bible would not be recalled from shelves because that would also be “extremely hard” to do. Executives from the office of Toyota Australia, just down the hall, were overheard laughing ironically. 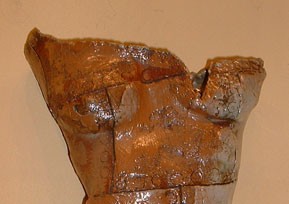